Pullman Police Chief Gary Jenkins said they are not doing mask enforcement. WSU said the man is not associated with local law enforcement or WSU administration. 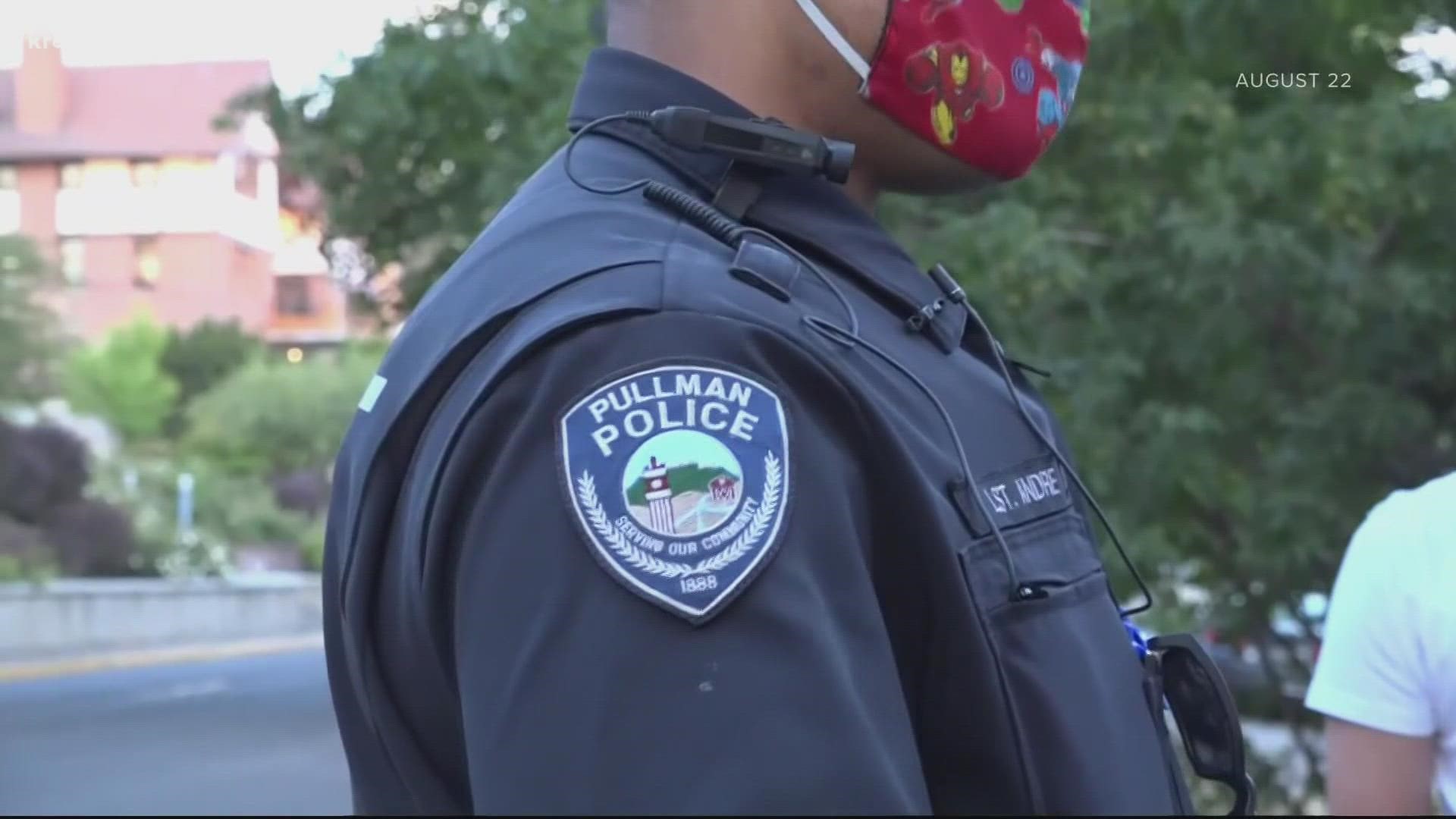 PULLMAN, Wash. — Pullman police received a third-party report of a man approaching Washington State University students claiming to be doing mask enforcement, according to a Facebook post from the school.

In the post the school said the man is driving a 2000s Toyota and is taking photos of student IDs and driver’s licenses. He’s telling unmasked students that they will receive a ticket in the mail.

"I think that's really creepy," WSU engineering student Elliott Vader said. "One, I don't think there is such a thing as mask enforcement. If you're outside, you don't need to be wearing a mask, if you're indoors, you do. Safety is important but it's creepy that there's a dude walking around and trying to take pictures of people's license plates and IDs just because they're not wearing a mask outside. [This is] something that should be addressed on the campus."

Students that are approached should ask for the man's credentials or just say no, Jenkins added. Another WSU student had another idea.

"For me, it's like, well here's my longest finger" student Kent Peng laughed.

The man isn’t technically impersonating an officer because it’s not clear if he’s saying he’s an officer, Jenkins told KREM 2's Morgan Trau. However, he said his actions are invasive and he could use the information to commit fraud or some other crime in the future.

This man is not with them, WSU police or WSU admin, they added.