Local non-profit ramps up operations and donates 330,000 meals in 2 months

The non-profit FareStart brought back recently laid off graduates to help feed those in need during the coronavirus pandemic. 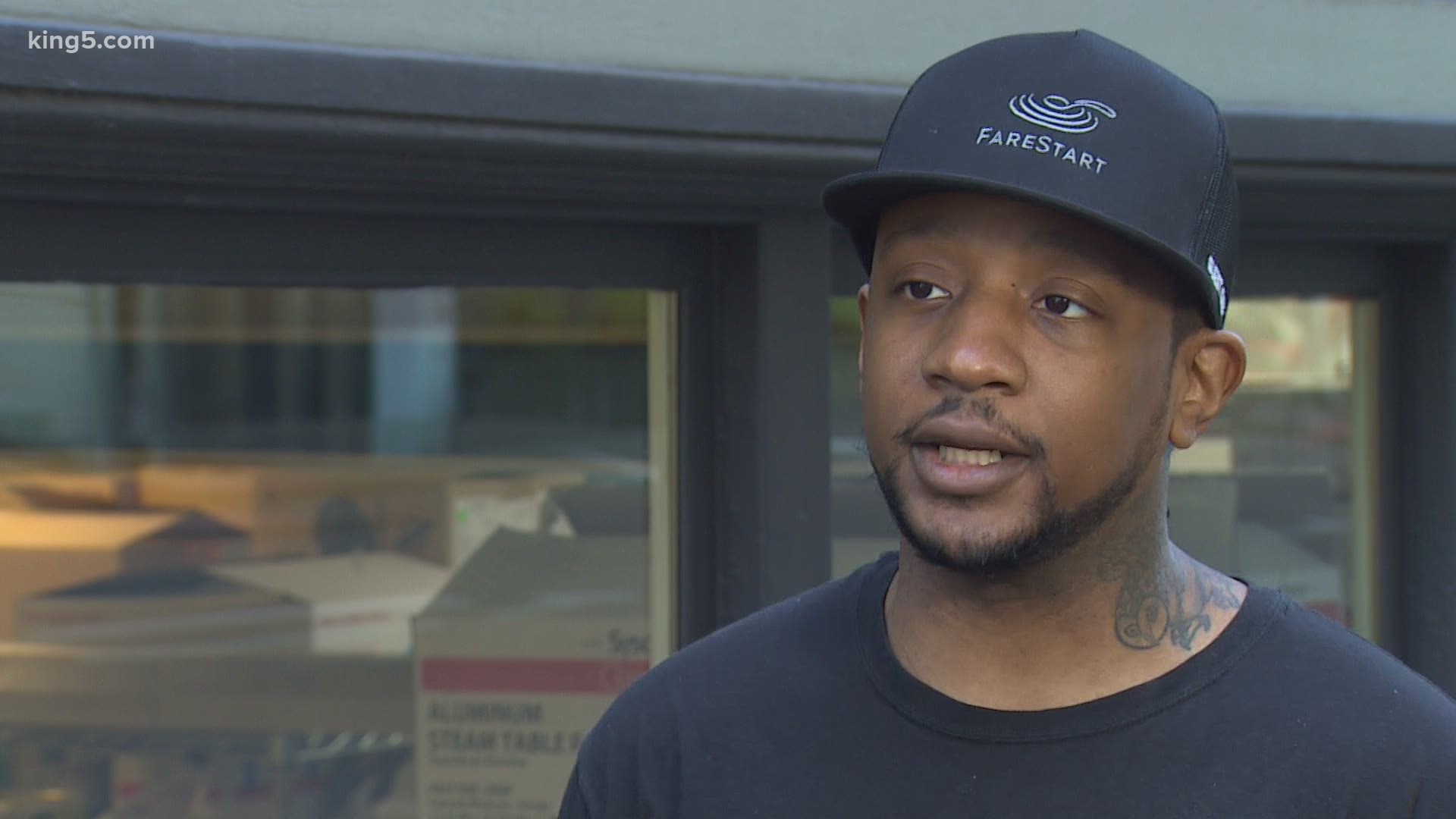 Sometimes in life, you can go full circle.

Just ask Colin Scott, whose job now involves helping people who are in a situation he once faced: homeless.

"I was experiencing homelessness, I needed a place to go. I needed some kind of skills, a job," said Scott, about how he initially ended up here at the FareStart office.

FareStart is an organization that teaches people various skills in an effort to help them get jobs and get off the streets.

He went through the non-profit's life-training and skills program, which helps people transition into foodservice and restaurant jobs.  In 2019, he graduated from the program and quickly transitioned into the work world.

"I was able to secure a job on Alki Beach. I quickly worked my way up to be lead line cook, and from there, I kept rocking," he said. "And then COVID-19, and I lost my job, and had nothing to do."

That's what led him back to FareStart, which has transitioned as well, as part of a major civic effort to feed the most vulnerable.

"When the COVID crisis began in March, we really pivoted everything to focus on emergency meals. Many of our graduates have come back to help us with those meals because we have seen just in an incredible increase in...the number of meals that we're putting out every day," said Farestart CEO Angela Dunleavy-Stowell.  "We've seen about a 1,400% increase in meal needs in our shelters as the need to intensify or spread out those shelter locations has happened."

Dunleavy-Stowell and her team quickly transitioned the kitchen and a couple of other spots to ramp up production.  Normally, it would produce about a million meals a year.

First and Goal, the Seahawks, MOD Pizza, and Taylor Hoang restaurants have all provided food for the effort, which also includes transportation.

FareStart is also transporting the meals to quarantine centers, the local Boys and Girls Club, and homeless shelters.

They were the types of places Scott was trying to avoid just a few years ago, and now he's back trying to help the people in need.

"It is definitely a circle of life," he says. "They helped me out, and I'm now able to return the favor and them in a time of need.

He continues, "I know a lot of people in the homeless community that need these meals that we're providing, desperately need them, it's good to be a part of something."