Demonstrators say they're not anti-vaccine. They're pro-choice. 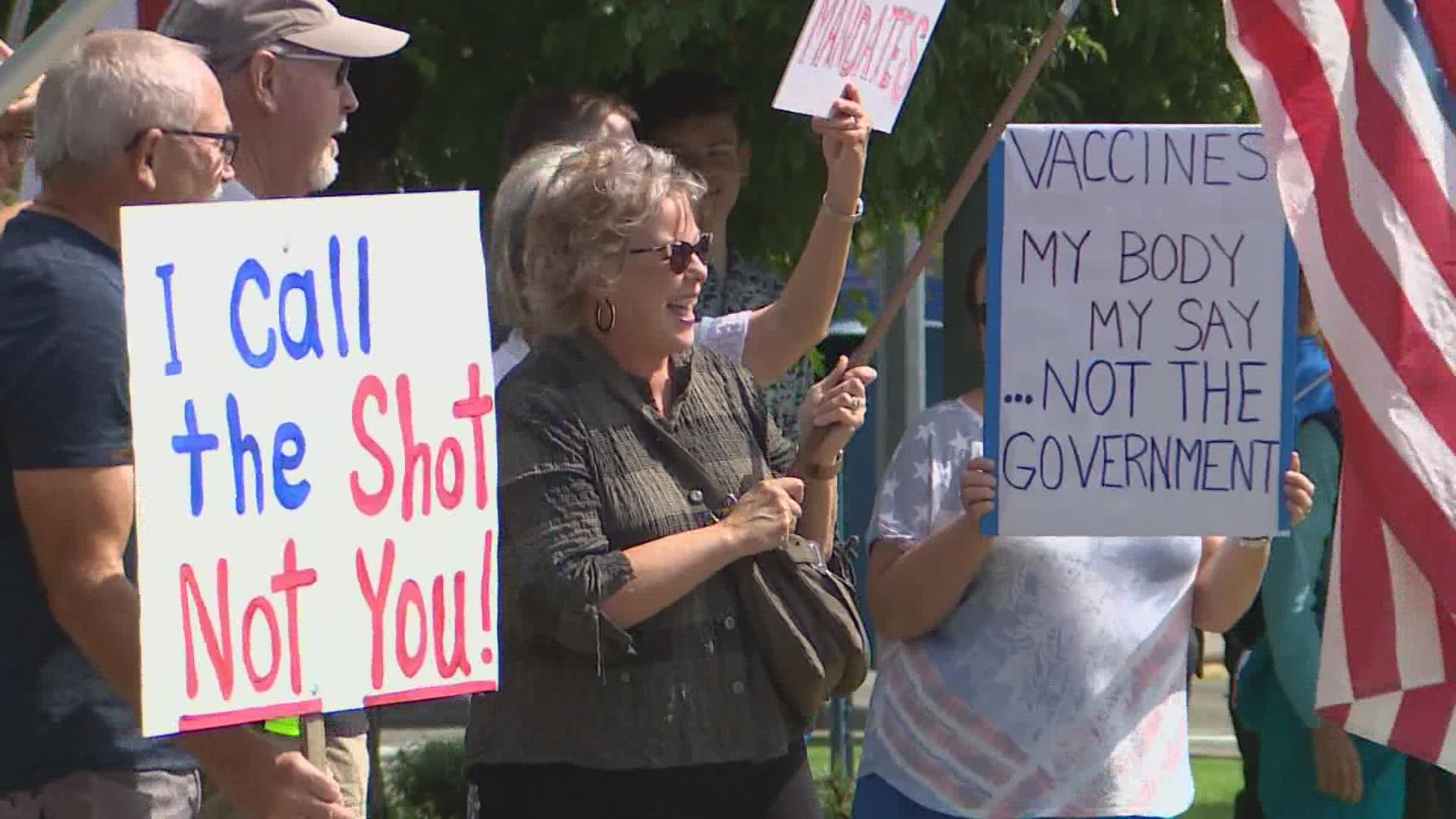 BELLINGHAM, Wash. — About 100 people gathered at a Bellingham intersection on Wednesday demanding an end to state-ordered vaccines for public workers.

Gov. Jay Inslee mandated vaccines for school workers across the state. It's the latest mandate that also includes healthcare workers.

"I'm not here to say you shouldn't get vaccinated, but we should be able to have personal responsibility here," said Ashley Butenschoen, a COVID-19 survivor and mother who spread the disease to one of her children.

Despite that, she said she doesn't believe vaccines should be mandatory for anyone.

The governor's announcement making a vaccination a condition of employment for school workers is resonating through public servants across the spectrum.

Mike Johnson, a Bellingham firefighter who doesn't want a vaccine, believes no one should force one on him. He said he and likeminded firefighters are now being villainized and even terrorized.

"We've been on the front lines of this from the very beginning," he said. "Now we're being told that basically the only way you can help yourself is through terror. We're being threatened with job loss, security, financial loss. It's horrible."

Nancy Hill, who said she is a cardiac nurse at Bellingham's PeaceHealth St. Joseph Medical Center, said she feels manipulated.

"First they use fear. Then they use guilt. They then use bribery. Now they're using force. That's the way you manipulate people," Hill said.

Hill was recently mandated to get a vaccination or lose her job. She said her rights, and those of teachers, shouldn't be any different than those of her patients.

"We have the right to say what we want to put in our bodies. If we don't consent, that has to be upheld," Hill said. "Anyone who doesn't want a certain kind of medical treatment absolutely has that right to not consent."

As more mandates are handed down from Olympia, the divisions are growing deeper.

"Inslee should not be able to take away our freedoms because he's not a king," Butenshoen said.

Organizers of the demonstration said they are not stopping at street protests. They plan to try to organize teachers and picket school boards that go along with the governor's new mandate.