The county's health board voted 6-1 to move the variance request for approval by the Governor. 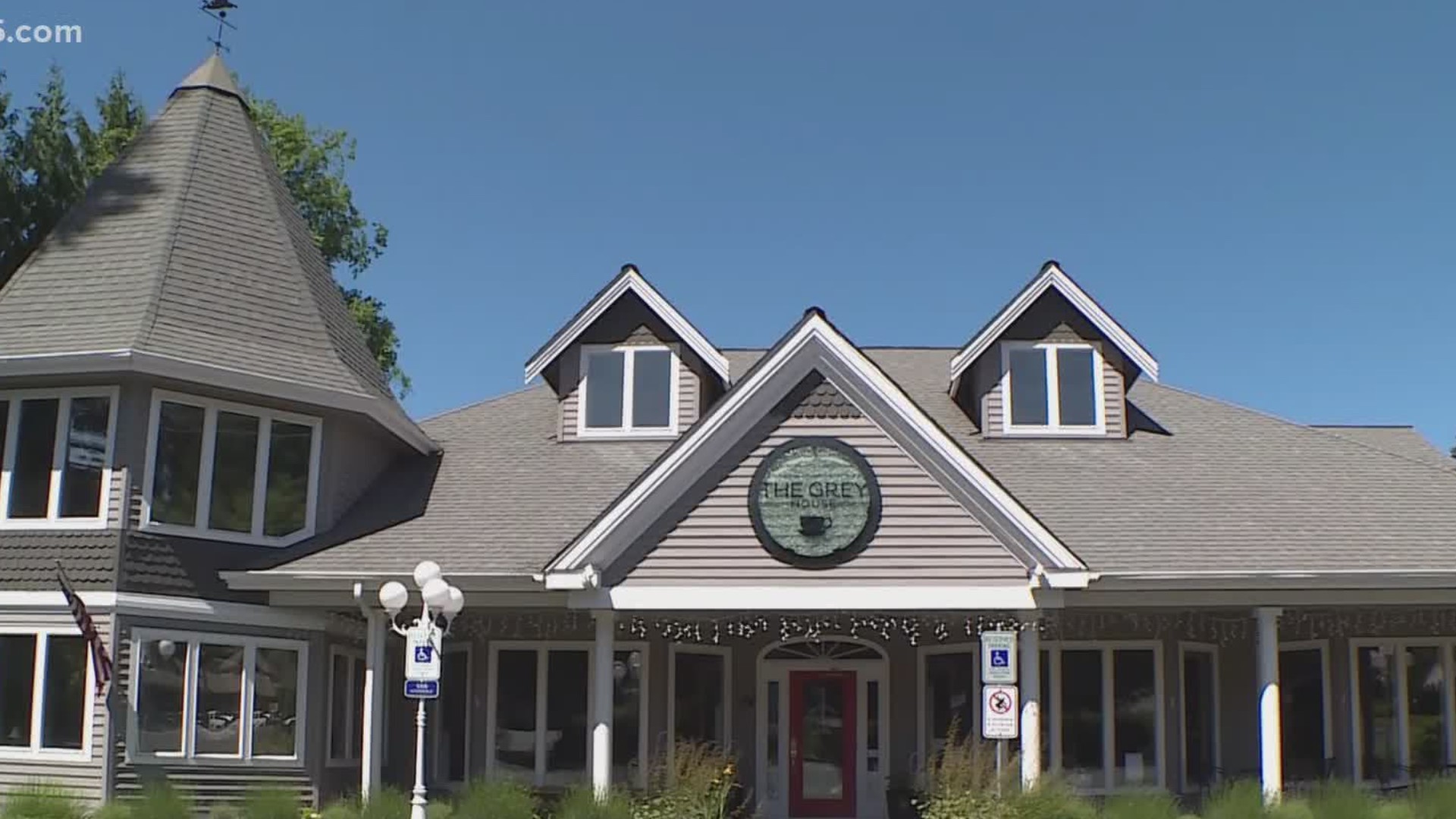 PORT ORCHARD, Wash. — The team at The Grey House Cafe in Port Orchard thought it felt all of 2020's wrath when a car drove into it back in January.

"The restaurant was purchased by new owners on March 1st, then, ta-da! — COVID. They haven't been able to be in business yet," said office manager Madeliene Zern.

The cafe, which has been around for years, closed just a couple of weeks after new owners took over in March after the governor's "Stay Home, Stay Healthy" order.

The business has been able to survive by making meals for The Arc of the Peninsula's Full Circle program. Local restaurants get funds through the program to make food for local veterans, homeless and first responders.

Zern says the work has not only been fulfilling, but it has helped them be able to jump into operations when the time comes.

"Hopefully we'll hit the ground running at that point."

During an afternoon meeting of the Kitsap Health Board, the case was made by county leaders to move their variance request along to the governor's desk, hoping to go from phase one to phase two of the state's plan to reopen.

"Remember, we won't be reopening, but moving to a new way," she said.

The board voted 6-1, guaranteeing the application will be moved to the Governor's desk. The one no vote came from city council member Kol Medina of Bainbridge.

He worries that a Phase 2 designation, which allows businesses like restaurants and hair salons to be open, would attract those from outside the county, even tourists visiting Seattle heading to the island for a day trip.

Turner listed an increase in traffic of outsiders to the peninsula as a "con" in the meeting to going into Phase 2.

"We are cautiously excited," Zern said about the thought of reopening

For her and and the team at The Grey House, they're ready to welcome back customers taking all the precautions, hoping this year can redeem itself in its second half.

"I don't think anyone knows how to handle this, I really don't," said Zern, "we just have to do our best  and go by what we're told to do."

The variance request will be sent by the end of the day Wednesday. Kitsap County leaders expect word from the state in a matter of days.