Kirkland closing areas of 2 waterfront parks due to large crowds

Starting Wednesday, city crews will lock the parking lot at Houghton Beach Park and block access to the dock. The dock will also be closed at David Brink Park. 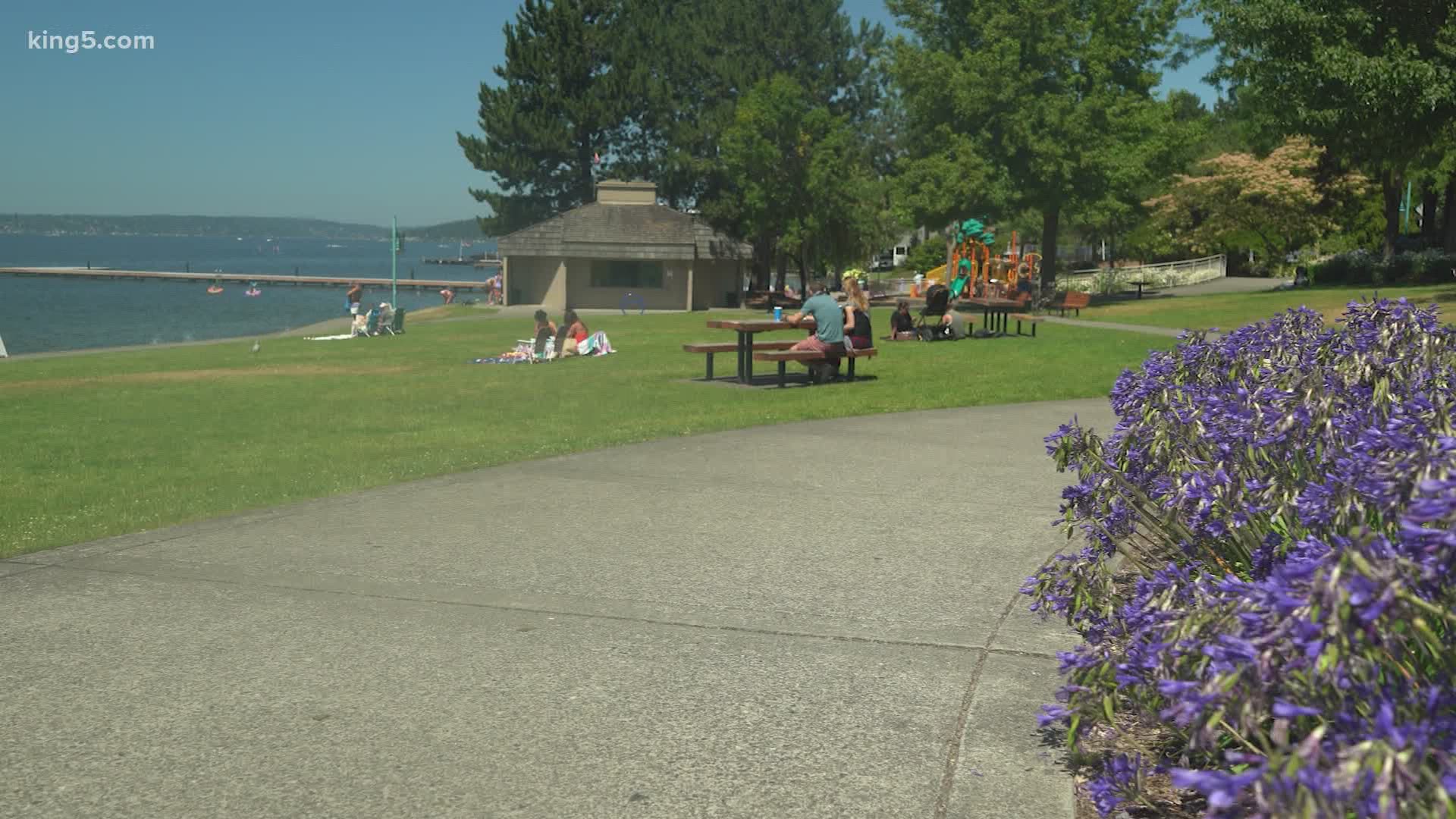 KIRKLAND, Wash — The city of Kirkland closed areas within two of its waterfront parks Wednesday to help slow the spread of COVID-19.

On Wednesday morning, city crews locked the parking lot at Houghton Beach Park and blocked access to the dock. The dock will also be closed at David Brink Park. City crews will also place fencing around the piers.

The city said the closures are to "help address the frequent large gatherings that have been occurring at these locations in violation of state health directives."

Kellie Stickney, communications manager with the city of Kirkland said residents have been ignoring signs that require masks, and people are not limiting group sizes.

"We've known for a while that we've been having issues with very large groups of people congregating on docks and piers and in our parks, and, and people not wearing face coverings," she said.

According to Stickney, despite efforts like handing out free masks and beach ambassadors reminding folks to keep their distance, the city's attempts to motivate everyone to adhere to state guidelines have fallen flat.

"We've been saying we didn't see improvement, we'd have to do closures. And that's really what brought us here," she said.

“We tried to avoid these closures through education efforts, mask distribution, signage, physical barriers, and numerous warnings that closures would happen if these areas remained crowded,” said Parks and Community Services Director Lynn Zwaagstra. “We feel that these targeted closures are an unfortunate, but necessary measure to protect public safety during this pandemic.”

If these steps are not effective, Zwaagstra said the city will completely close all of its waterfront parks.

Kirkland, WA - Government
Starting on Wednesday, July 29, the City of Kirkland will be closing... the parking lot and pier at Houghton Beach Park and the pier at David Brink Park. These closures are to help address the frequent large gatherings that have been occurring at these locations in violation of state health directives.