King, Pierce, Snohomish among 14 Washington counties to enter next phase of reopening 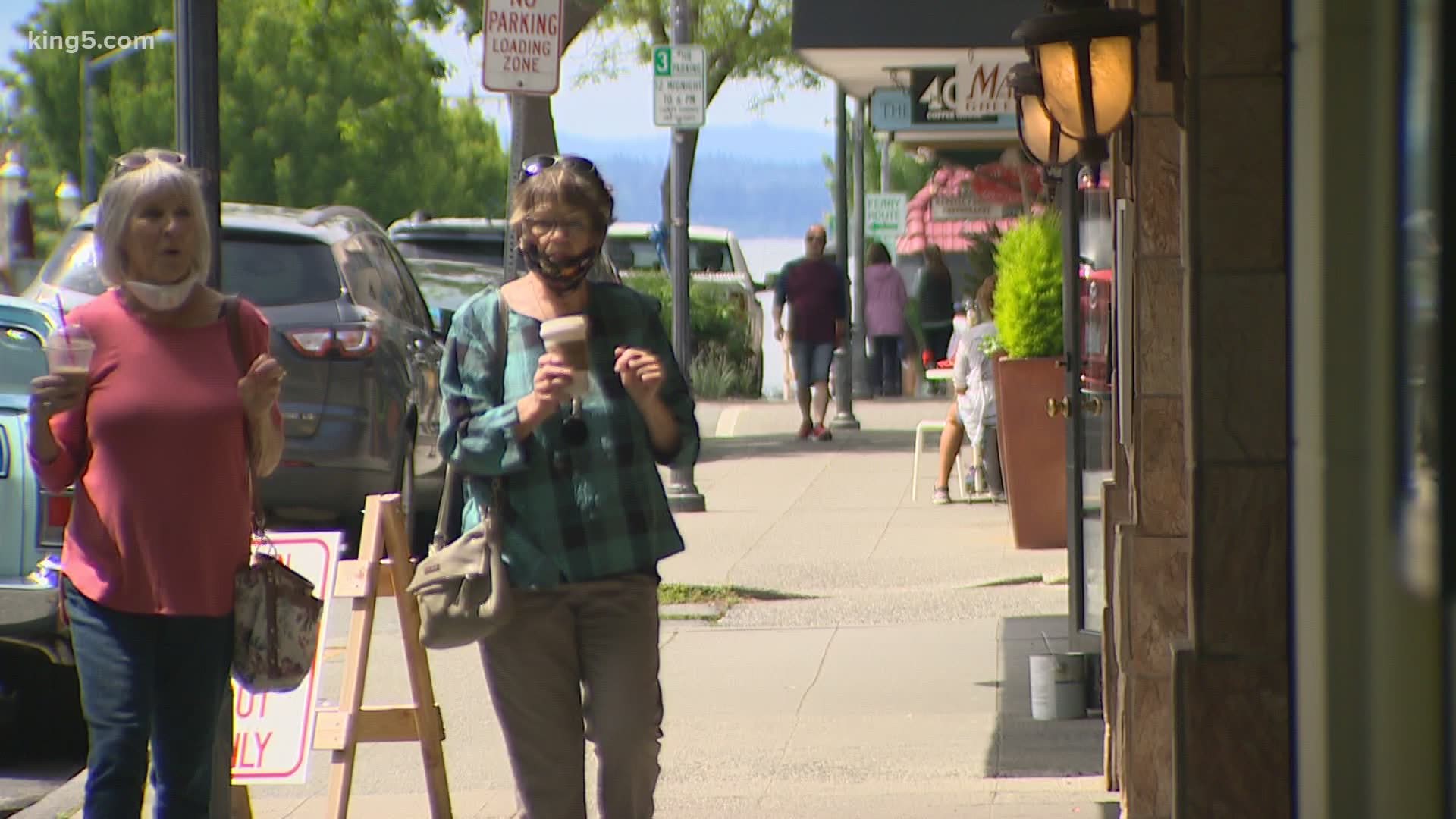 King County was approved to move to a modified Phase 1, which allows more businesses to reopen with limited capacity.

Outside gatherings with five or fewer people outside of your household is also allowed under a modified Phase 1. Click here for more information from Public Health – Seattle and King County.

Phase 2 increases outdoor recreational activities, such as camping, allows small group gatherings of five people or less, barbershops and salons can reopen, and restaurants can reopen at 50% capacity with tables of five people or less. Pet services, including grooming, can also resume. Some professional services can resume, although teleworking will still be encouraged.

In Phase 3, group sizes can expand to 50 people or fewer, non-essential travel can resume, and restaurants could increase capacity to 75% capacity, and bars can open to 25%. Gyms, recreational facilities, like pools, and movie theaters can reopen at 50% capacity. Libraries, museums, and government buildings can also reopen.

Click here if the map below does not load.

Counties have been able to apply to move to the next phase or to add new business activity with the applications assessed on several targets, including whether the counties have had fewer than 25 new cases per 100,000 residents over a two-week period.

On Thursday, Gov. Inslee said the state is broadening its testing strategy and encouraging people with mild COVID-19 symptoms to get tested for the virus. Previously, testing was only encouraged for people with serious symptoms.

At the start of the pandemic, testing supplies were limited, but as of May, Gov. Inslee said the state had received two-thirds of the testing supplies that had been promised by the federal government.