The site is one of several throughout the county that will be used as part of its coronavirus response. 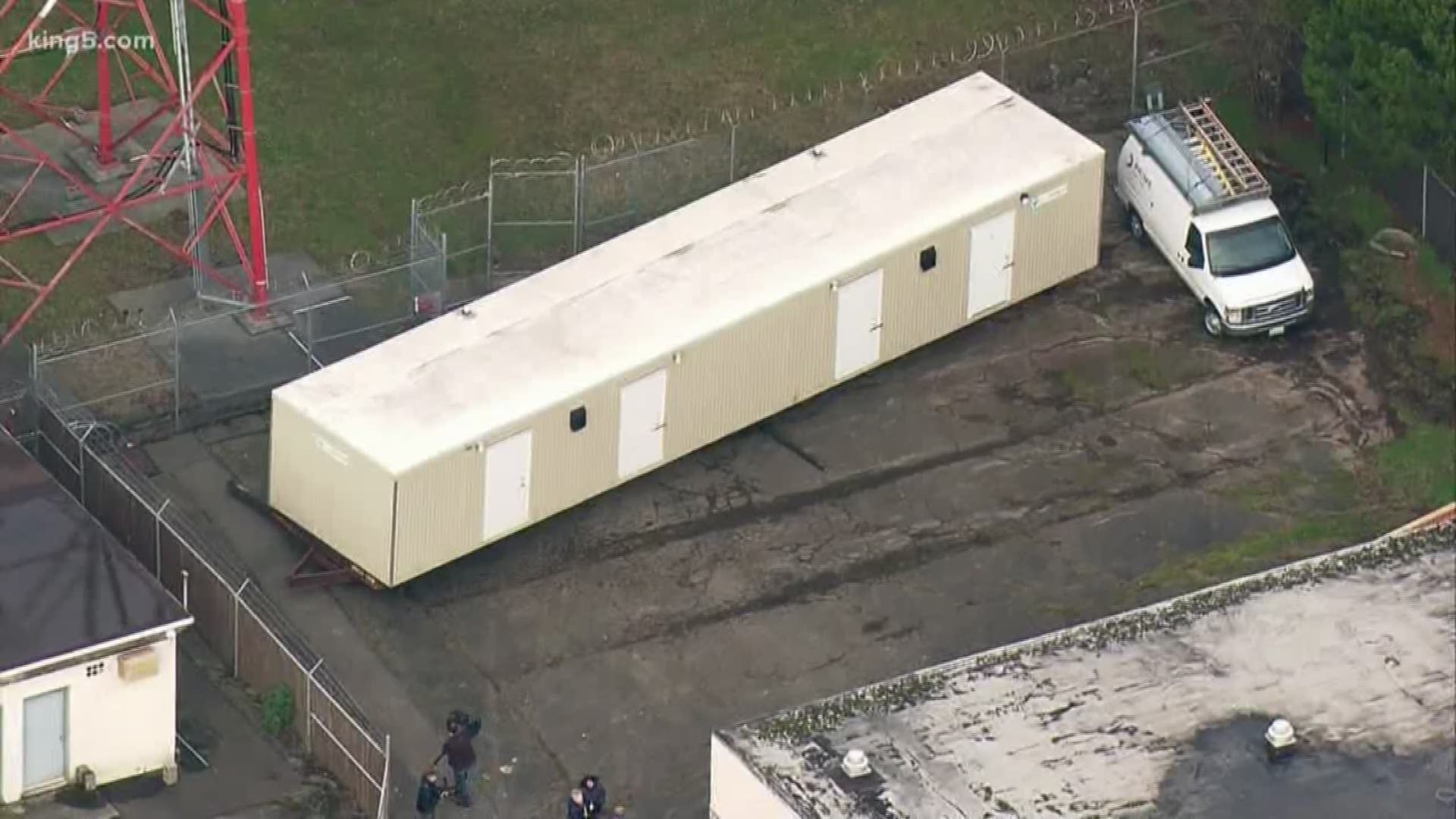 WHITE CENTER, Wash — King County officials are moving modular units originally purchased to provide housing and services to the homeless to White Center as part of the response to the local outbreak of novel coronavirus.

The county plans to finish setting up six to eight modular isolation units, which have four rooms each, to the county-owned parcel of land.

"King County is working as quickly as we can to respond to the COVID situation," said Barbara Ramey of the King County Department of Executive Services.

Each room has two beds plus a sink, shower and toilet, and county health officials will determine how many occupants will stay there.

The White Center site will have temporary handwashing stations and portable toilets until the units are connected to water, sewer, and electricity, Ramey said. The county also will demolish a dilapidated building on the site.

RELATED: Modular homes for the homeless arrive in Seattle

The modular housing units being used for the coronavirus response had been in storage, according to the county.

County officials are preparing other sites for the isolation of coronavirus patients, including a motel in Kent.

In the past week, state health officials have confirmed that nearly three dozen people in Washington have tested positive for coronavirus. There have been 10 confirmed deaths from the illness. Most of the local deaths have occurred in elderly patients or in those with other conditions that compromised their health.