When adjusting for age, data showing the risk of remaining unvaccinated from COVID-19 becomes even more startling. 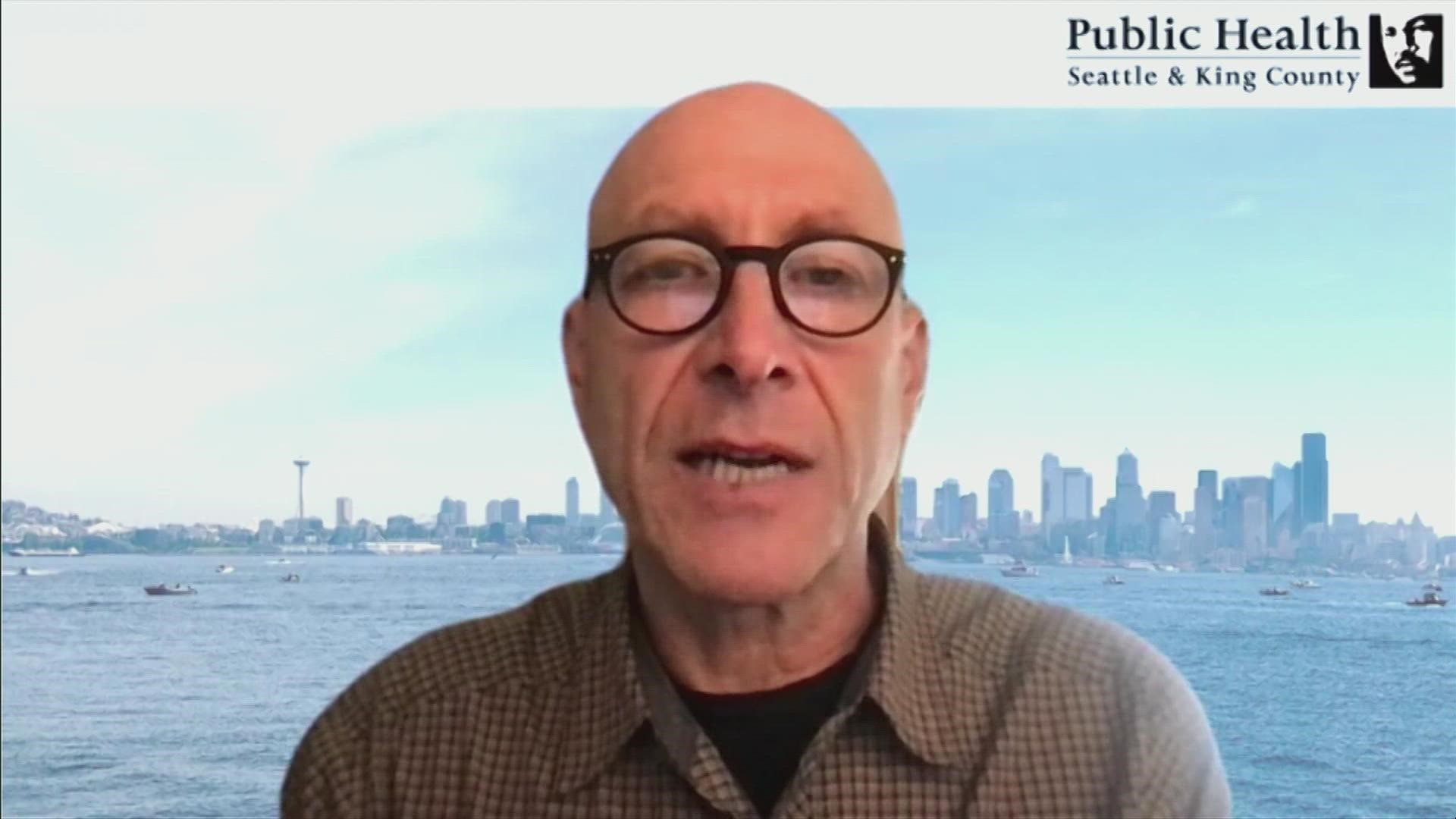 When adjusted for age, with the individuals being more likely to catch the virus, be hospitalized and die the older they are, the data reveals that unvaccinated individuals are 67 times more likely to die from COVID-19 compared to those who are vaccinated.

Duchin explained that common data shared isn't particularly useful since it doesn't account for these adjustments, adding that even breakthrough cases do not mean vaccine failure.

Also, he revealed that the average age for those who die from the virus has dropped as more young unvaccinated individuals catch the more infectious delta variant.

Earlier this week, King County announced that it was the first large county in the country to initiate vaccinations in 70% of its population across every racial group.

However, despite the county’s leading vaccination efforts, hospitalizations have risen steeply, along with the rest of the state.

While case rates in the last 10 days appear to have plateaued across all ages, according to Duchin, the last seven days have seen an average of almost 600 cases a day with a 72% increase of cases in the last two weeks.

Case rates across the county as of mid-August were similar to those of mid-January when the case rates were at their peak.

"I’m cautiously optimistic. This disease, this COVID-19 is highly unpredictable," Duchin said, adding that the death rate has seen a small uptick with the latest delta surge.

He expressed concern about the upcoming holidays as well as the return to in-person learning. While the county is significantly protected against the virus because of its relatively high vaccine rate, Duchin still voiced some concern that hospitals across the state could reach crisis standards of care in which they would have to ration resources.

“A layered approach with multiple precautions is critical to reduce the risk of COVID transmission," he said. Duchin cited research from the University of Washington's Institute for Health Metrics and Evaluation that showed if everyone wore a mask in public settings starting next week, 1,600-2,500 deaths would be prevented in Washington between then and Dec. 1.

Earlier in the week, the Washington State Hospital Association gave a grim picture of the current state of medical facilities in the state, saying that Washington has never seen its hospital occupancy as high as it is now.

According to the county’s COVID-19 dashboard, there have been more than 276 hospitalizations throughout King County in the last 14 days and 32 deaths

The state said vaccination rates are rising, with rates rising 21% this week compared to last week and 34% compared to two weeks ago.

Duchin continued to push for more vaccinations, saying that he is hopeful a vaccine will become available for children ages 5-11 by the end of the year. He said Public Health - Seattle & King County is already preparing for distribution.

"A path to a more normal life will likely continue to be a bit unpredictable and likely a bit bumpy for a while longer with intermittent ups and downs," he said.