More than three-quarters of Washingtonians surveyed approve of Gov. Jay Inslee’s response to the coronavirus pandemic, according to an exclusive KING 5 News poll. 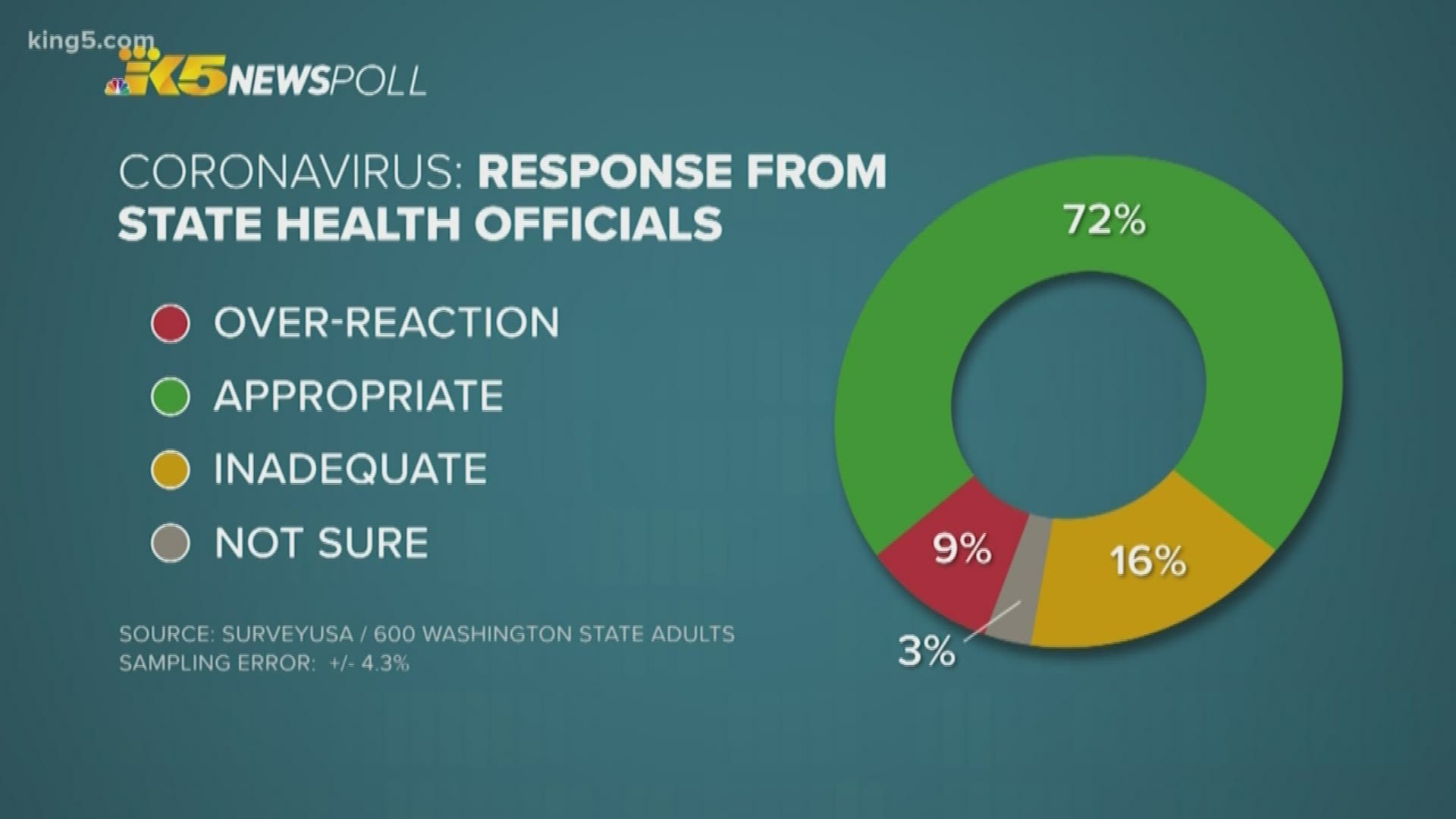 An exclusive KING 5 News poll suggests Washingtonians are worried about the impacts of coronavirus but generally approve of the state and county response to the pandemic.

However, the survey suggested most Washingtonians are pleased with the public health response. About 77% of those surveyed said they approved or strongly approved of Gov. Jay Inslee’s leadership during the pandemic. More than half said Inslee’s stay-at-home order was the right reaction, although nearly one-third – 29% of polled adults – said it didn’t go far enough.

Adults surveyed also overwhelmingly claimed they are heeding the advice of public health officials: 87% said they were washing their hands more than usual, and 73% said they are “completely” following social distancing guidelines of staying 6 feet away from others when out in public. 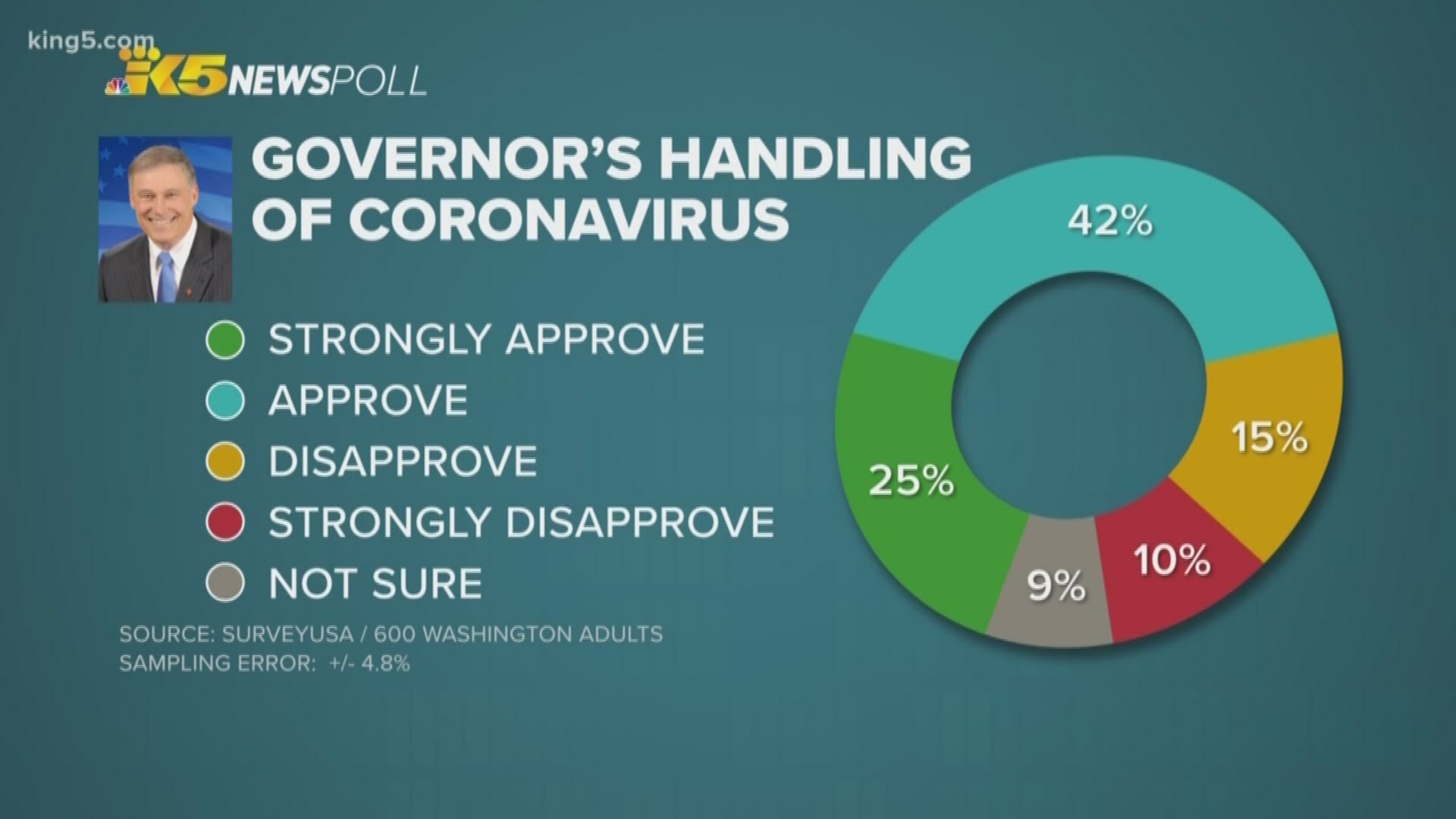 Washington’s two-week stay-at-home order, which Inslee mandated last Monday, appears to be working. Inslee announced last week that the state’s coronavirus infection rate was slowing compared to other states, which he partially attributed to residents following public health guidelines. However, Inslee cautioned the order may need to be extended to continue to see positive benefits.

As of Sunday evening, there have been 195 coronavirus-related deaths among 4,896 confirmed cases in Washington state. Of the 65,462 people tested, 92.5% have tested negative, according to the Washington State Department of Health.

The poll, which was conducted by SurveyUSA, polled 600 adults across Washington state between March 27-30.