Washington on track to fully reopen by June 30, Inslee says

On May 18, all counties will be in Phase 3. Washington will fully reopen June 30 unless 70% of people over 16 initiate vaccination before then. 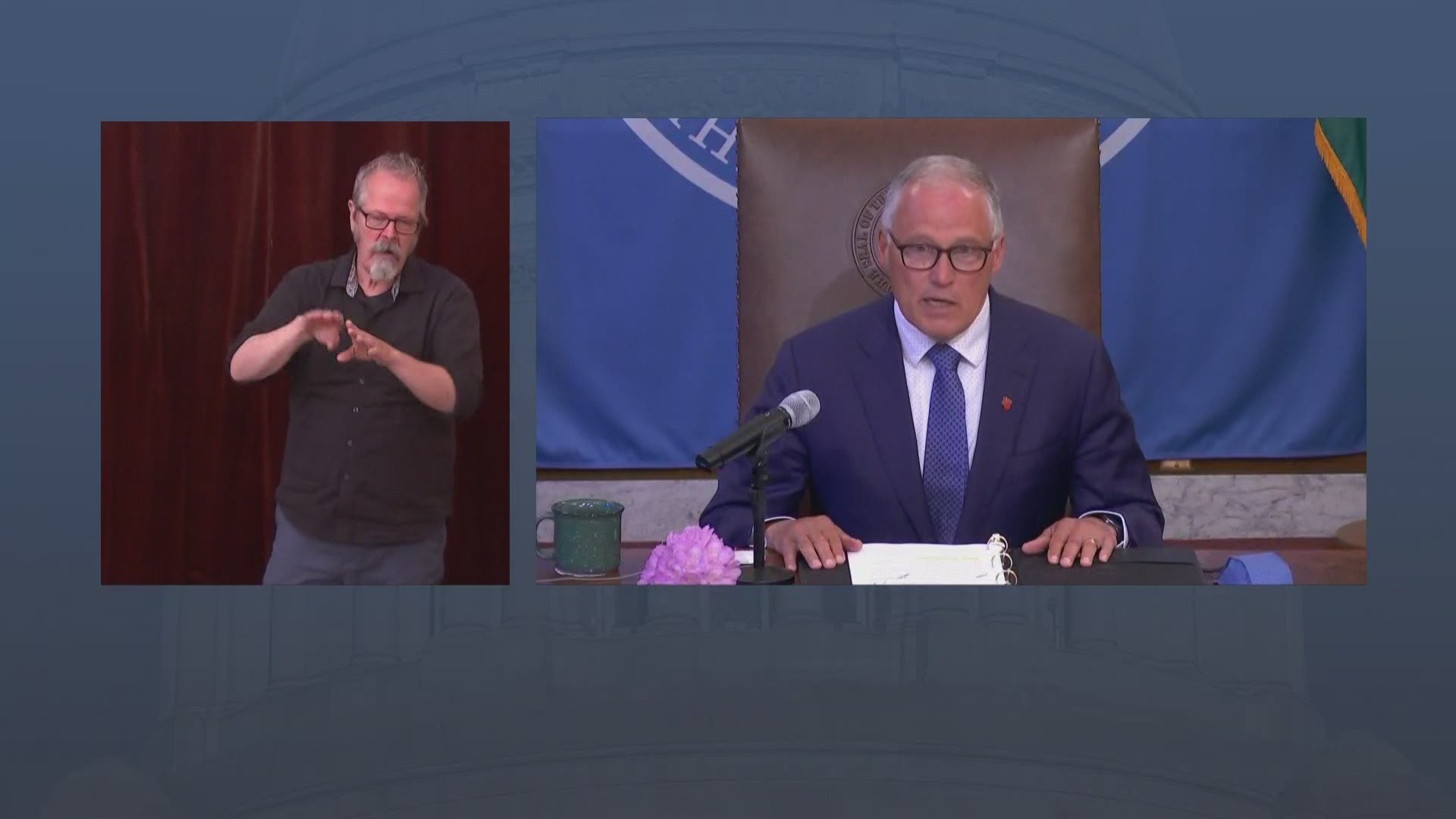 SEATTLE — All counties in Washington state will be in Phase 3 starting Tuesday, and the state is on track to fully reopen by June 30.

Gov. Jay Inslee announced the changes during a news conference Thursday saying a decline in COVID-19 activity puts Washington in a position to reopen.

"It is a recognition that we are moving to a strategy based on vaccination versus restrictions in our personal behavior," Inslee said.

Data from the Washington State Department of Health (DOH) indicates hospitalizations have declined since reaching a peak April 27. As of May 4, which is the most recent complete data, Washington’s seven-day case rate dropped below 1,300 for the first time since mid-April.

Currently, Cowlitz, Ferry, Pierce and Whitman counties are in Phase 2. The rest of the state remains in Phase 3 after Inslee paused reopening last week.

All counties will remain in Phase 3 until June 30, which allows for 50% occupancy indoors at restaurants, retail shops, movie theaters and gyms. However, Inslee said counties could decide to operate in a lower phase if they choose.

Inslee said a full reopening could happen before June 30 if at least 70% of people over 16 have started the COVID-19 vaccination process before then. However, Inslee’s office said current vaccine trends indicate Washington won’t reach that threshold until late June.

"I hope people will see this as an opportunity to move faster, and that certainly is a possibility," Inslee said.

If at any point ICU occupancy exceeds 90%, Inslee’s office said the state would need to roll back to an earlier phase.

Guidance is expected to be released “soon” allowing additional activities and occupancy for groups of fully vaccinated people. Spectator events won’t have limits on the number of vaccinated attendees, and Weddings and funerals can have full capacity if all attendees are vaccinated. Small cruise ships with fewer than 250 passengers can sail if the crew and 95% of passengers are vaccinated. This guidance will also apply to conferences and live performances.

The state also plans to work with businesses to provide incentives for vaccinated people, such as prizes at Mariners games or gift cards to local businesses.

Even though Washington could fully reopen in June, Inslee’s office said the state of emergency will remain in effect.

Inslee also announced Washington state would follow guidance released Thursday from the Centers for Disease Control and Prevention that allows fully vaccinated people to not wear masks indoors. However, Inslee said businesses could still keep mask mandates in place in their establishments.

RELATED: Everyone 12 and older now eligible for COVID-19 vaccines in Washington