All of Washington state, except counties in the South Central region, will be in Phase 2 of reopening as of Sunday, Feb. 14. 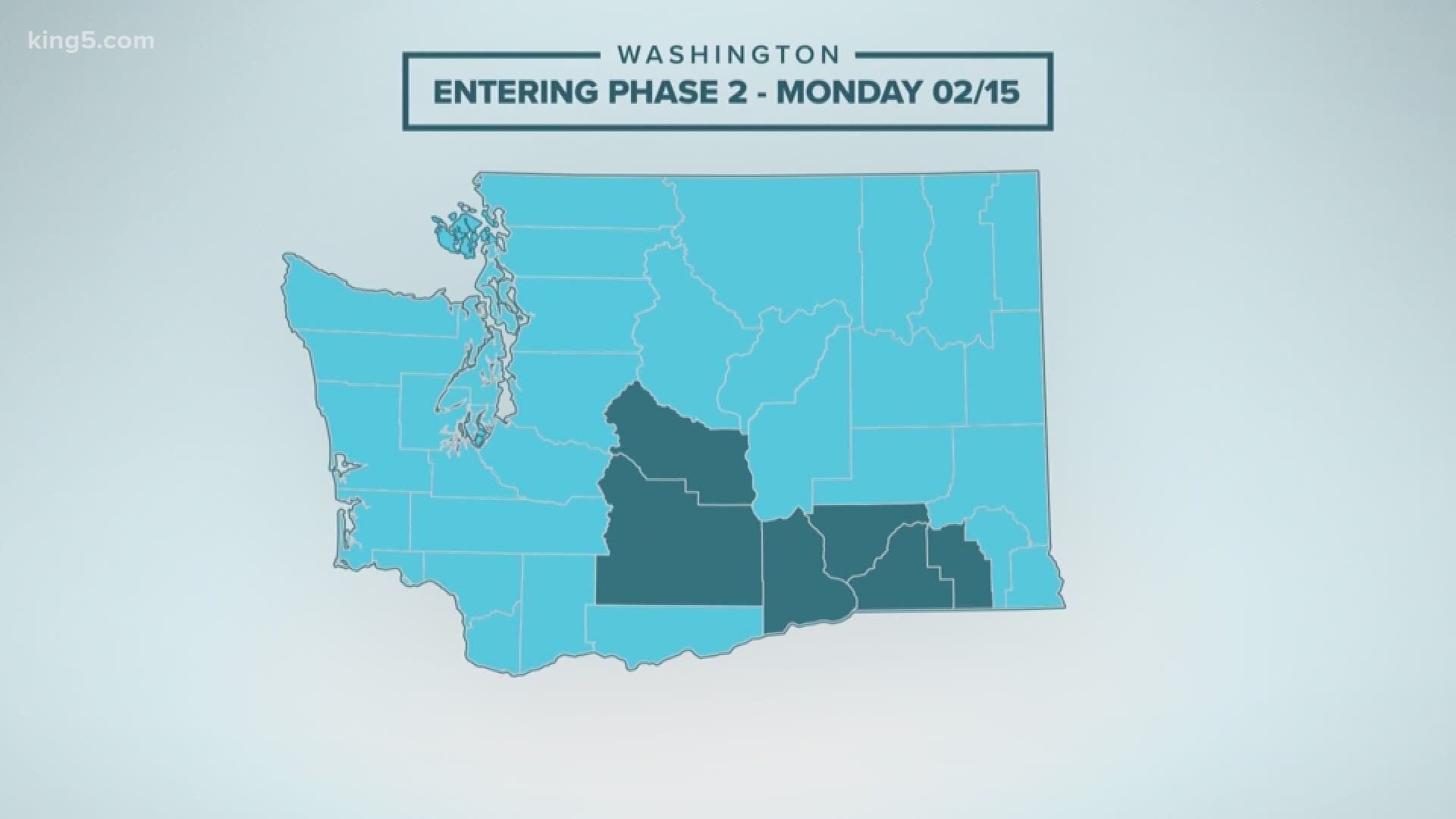 OLYMPIA, Wash. — Editor's note: Video was recorded before the governor moved up the reopening date to Feb. 14

Gov. Jay Inslee announced Thursday that the following regions and counties will move forward a phase:

Inslee originally announced the regions would advance on Monday, Feb. 15, but amended his plan to Sunday, Feb. 14.

"This creates more options for restaurants to make Valentine's Day special for couples who hoped they could have a night out," Inslee tweeted.

Credit: Office of Gov. Jay Inslee
As of Feb. 15, 2021, all regions are in Phase 2, except the South Central region, which remains in Phase 1.

The South Central region, which includes Yakima, Kittitas, Benton, Franklin, Walla Walla and Columbia counties, is the only region in the state to remain in Phase 1.

Inslee said 92% of Washington state's population is now in Phase 2.

Last month Inslee relaxed the criteria to move between phases. Counties must now meet three of the following four metrics to be allowed to proceed.

Each of the five regions that will move onto Phase 2 meet metrics for case rate trends, hospital admissions and ICU occupancy, according to state data. The North and Northwest regions, as well as the West and Puget Sound regions that remain in Phase 2, meet all four targets.

Inslee praised the state for making “real progress on the pandemic” as the number of new cases dropped “significantly” over the last few weeks. On average, Washington recorded 2,894 new cases per day at the most recent peak on Jan. 8. Since then, the seven-day average dropped to 1,327 new cases as of Jan. 30, according to data from the Washington State Department of Health.

“People have been following science,” Inslee said. “We have been masking up. Business owners have been complying with the ‘Healthy’ rules and being very innovative in this way.”

Inslee also announced he authorized the Department of Commerce to distribute an additional $87 million from the state’s Disaster Response Account for rental and business assistance programs. 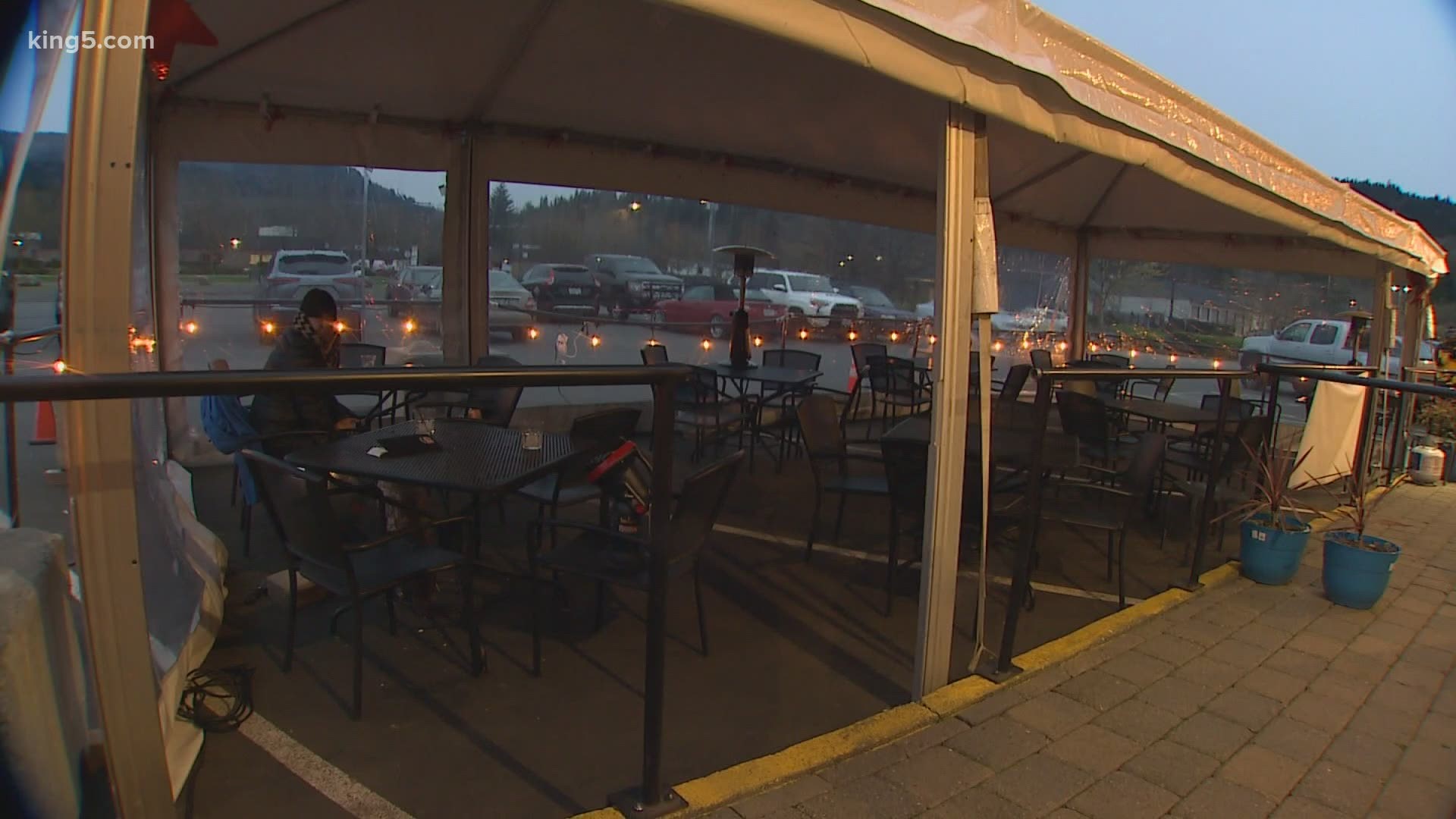