Puget Sound and West regions advance to Phase 2 of reopening

Seven counties in the Puget Sound and West regions can move to Phase 2 of the "Healthy Washington" plan. Counties need to meet three out of four metrics to qualify. 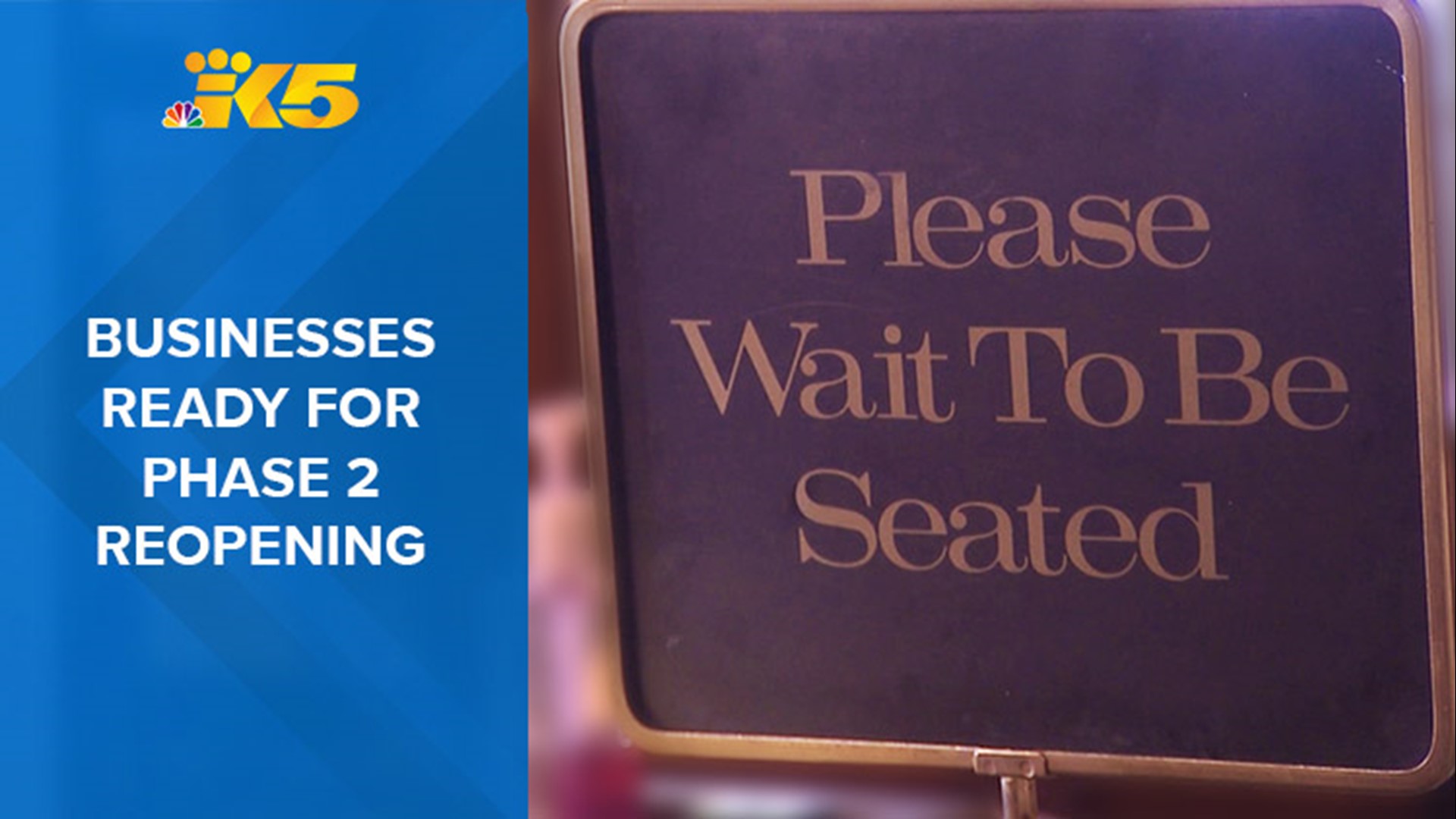 SEATTLE — The criteria for regions in Washington state to move from Phase 1 to 2 of the COVID-19 reopening plan is becoming less stringent, allowing for two regions to move to Phase 2 on Monday, Feb. 1.

These counties represent about half of the state's population, according to Gov. Jay Inslee.

Under the revised plan, regions will be required to meet three of four health metrics to progress, instead of all four.

The state was grouped into eight regions, all of which started in Phase 1 of reopening on Jan. 11. Under Inslee’s initial plan, there were only two phases, and the state planned to add more once the situation improved.

In Phase 1, indoor social gatherings are prohibited. Indoor worship services, retail stores, and professional and personal services are limited to 25% capacity. Indoor dining is prohibited, unless restaurants meet “open air” requirements, and outdoor dining is limited to six people per table or two households per table.

To move on to Phase 2, the region must meet the following three of four targets:

The Puget Sound and West regions both meet all metrics, except case trends, according to data from the Washington State Department of Health.

"The Governor’s announcement today is an acknowledgment that his plan to slow the spread of COVID didn’t work," Anton said in a prepared statement. "Unfortunately, his new plan isn’t any better: Half our state’s population will now be under a completely different set of restrictions than the other half. COVID doesn’t stop at county lines, and in the second year of a global pandemic, we know that drastic bimonthly shutdowns are not an effective way to control spread."

"The Washington Hospitality Association stands ready to work with the Administration on an evidence-based plan to allow for safe, regulated indoor dining at 50 percent capacity today so we can reduce the spread of COVID," Anton said. 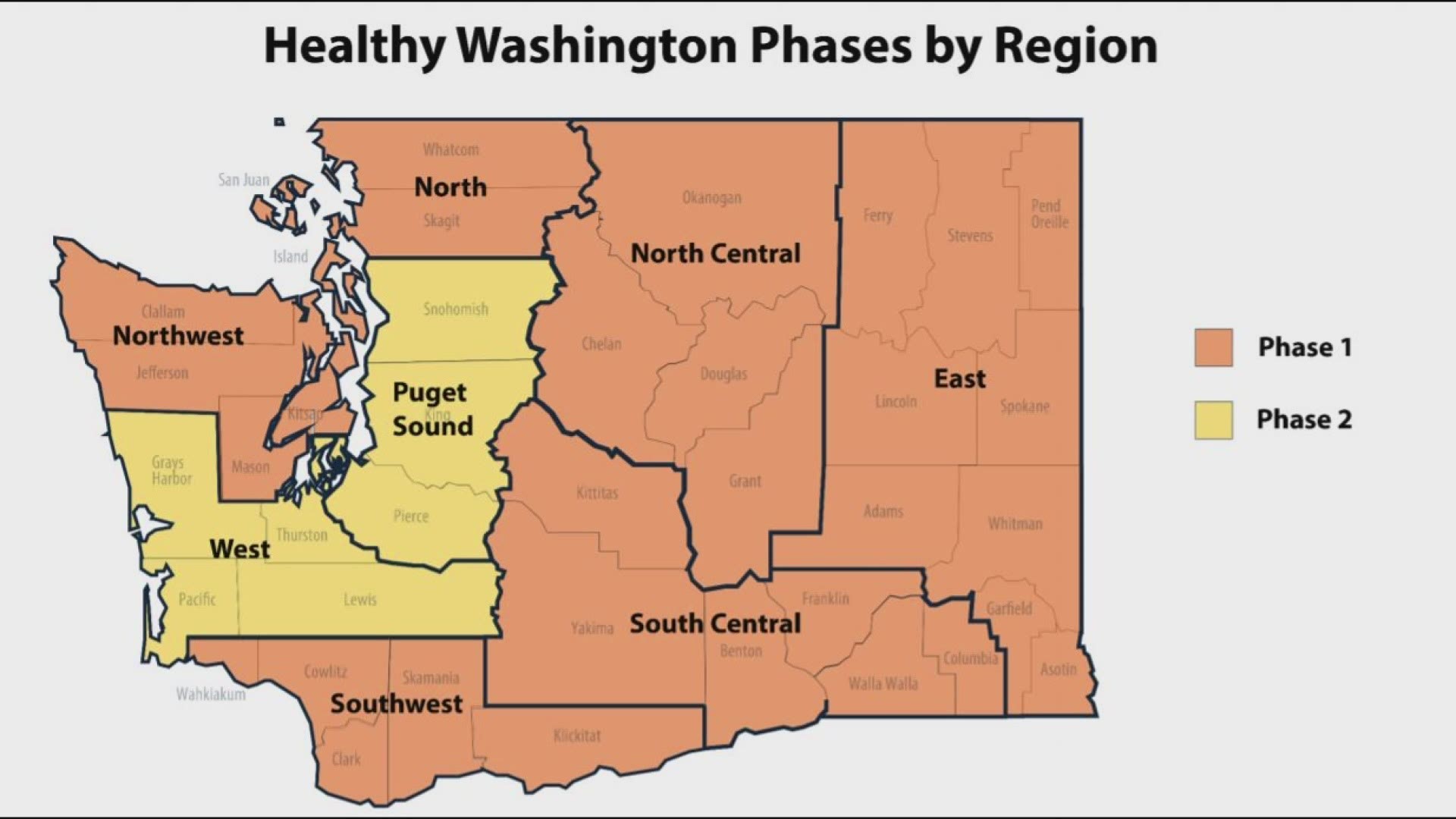 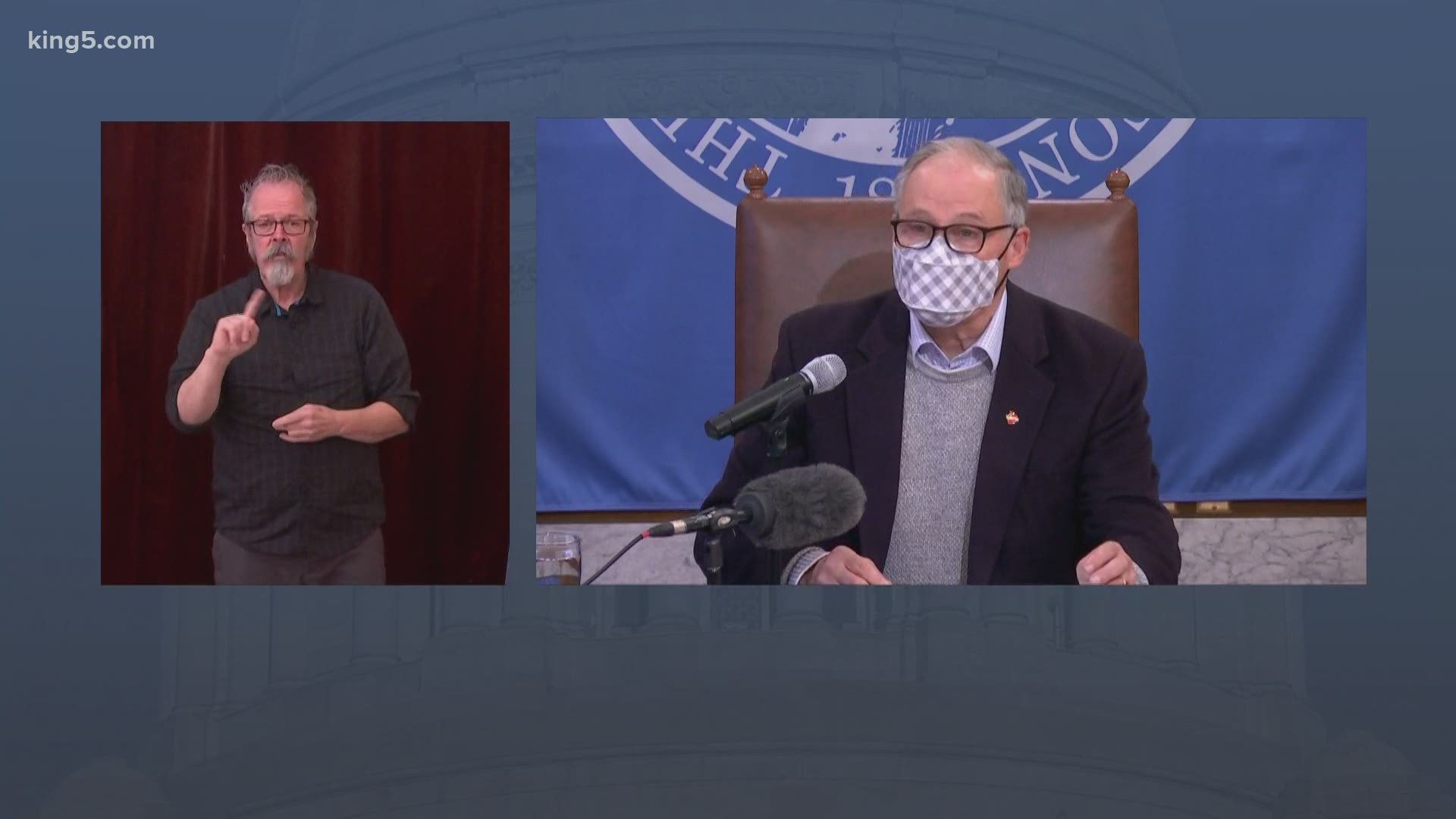