Ten additional counties in Washington are eligible for Phase 2 of the state's reopening plan. But the reopening is not immediate. 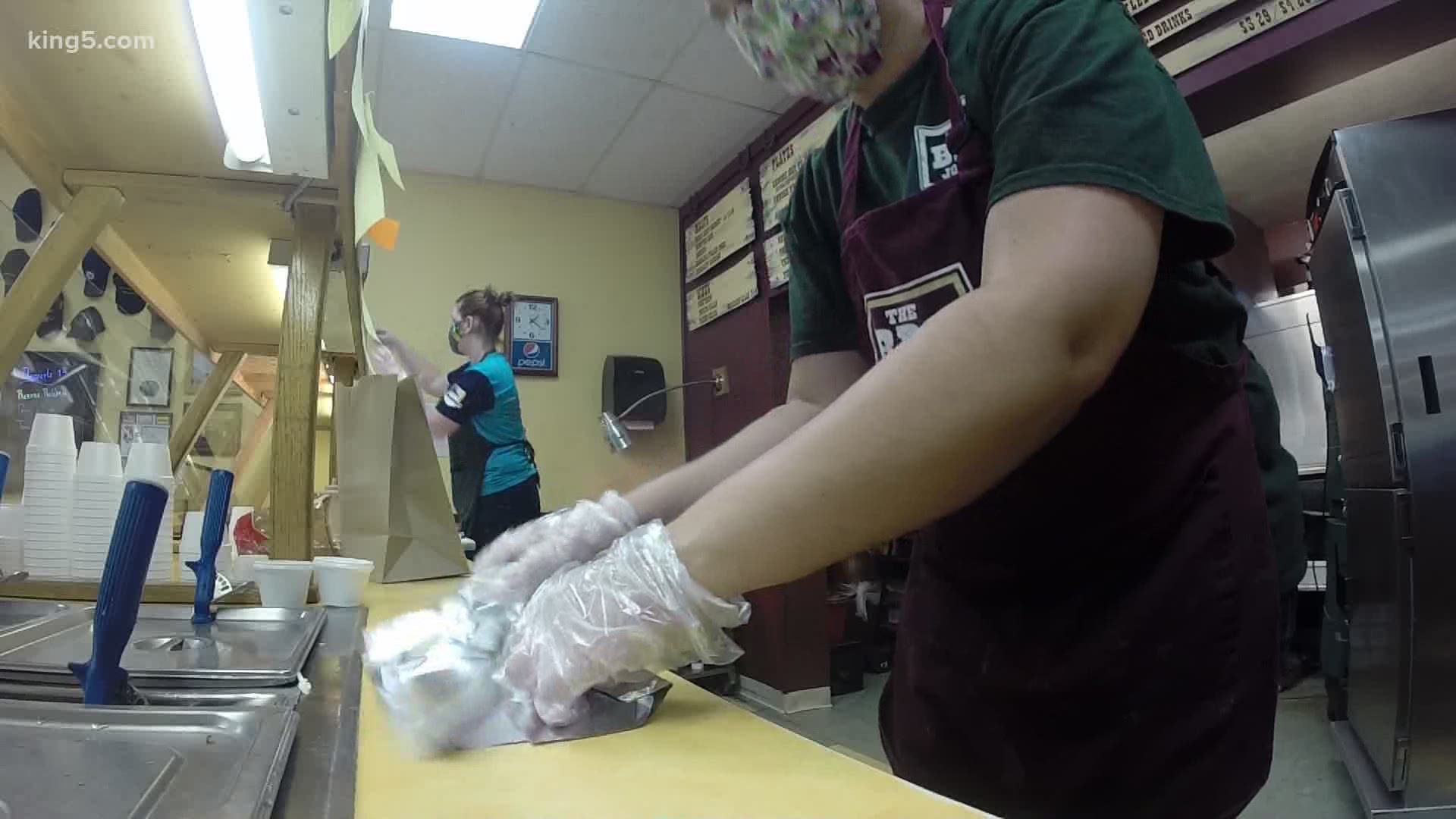 OAK HARBOR, Wash. — For more than two months it has been all Tim Ryan could do to keep his restaurant open and his head above water.

When the statewide stay-home order started this March, his Oak Harbor restaurant The BBQ Joint immediately lost 50% of its business. Like many, it has been surviving — barely — on takeout and government loans.

Finally, on Tuesday came word that restaurants and other businesses in Island County is among the counties in Washington that will be able to move to Phase 2 of the state's recovery plan.

"My reaction was disbelief at first," said Ryan, who has owned the family-run restaurant with his wife for 14 years. "We've been waiting so long. I did not think Island County would be one of the first to go to Phase 2."

The move to Phase 2 is not immediate. Island County must first apply to the governor for approval.

That means the hospital board, board of health and county commission must all make sure the county is able to meet a slew of conditions designed to thwart a resurgence of the disease. Officials hope to get approval for reopening by June 1.

If Island County is approved, Phase 2 would mean Ryan would be able to allow customers to eat inside again, but only at 50% capacity, and no more than five people at a table.

That would be far better, though, than the empty dining room he's been dealing with for weeks.

Ryan realizes, however, it will take quite some time to fully rebuild his business.

Reopening is just part of the equation.

Customers must also feel safe eating in a restaurant, again.

"From what I've read, they probably won't come so much at first," Ryan said. "I expect that to build, though. Every day we have people coming in here and asking when they can sit down and eat, again."

There are other looming issues, as well, not the least of which is a nationwide meat shortage and rising prices.

The BBQ Joint has already been unable to get certain cuts of meat for the smoker.

At least today, though, there is hope — something that has been in short supply for quite some time.

"It's been taxing. It has cost me money. But now I'm able to see a point where the leak is gonna stop and we can continue on," Ryan said. "It feels great!"