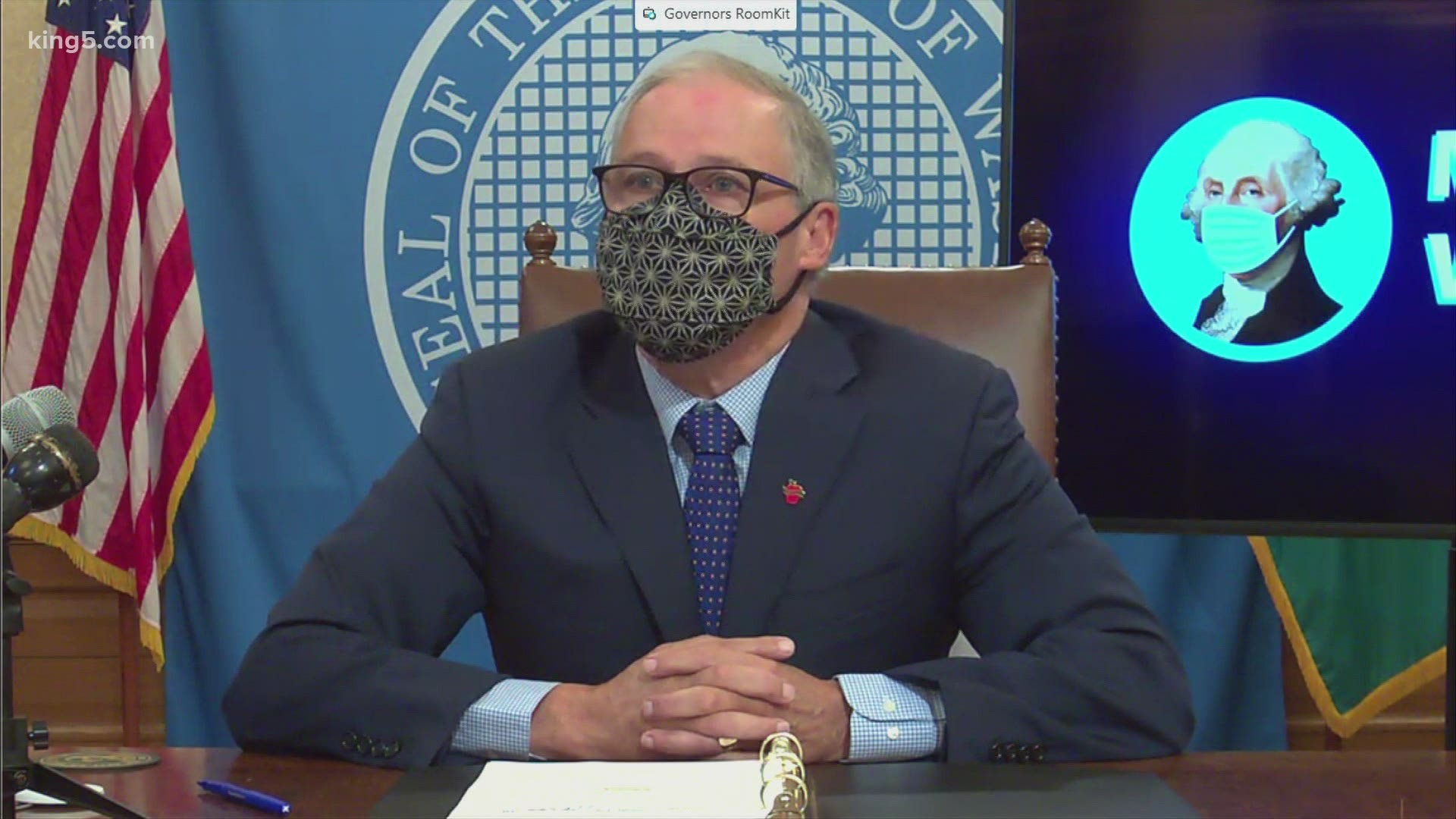 The restrictions had been set to expire Dec. 14.

According to state data, Washington COVID-19 cases spiked in November, and the number of hospitalized patients continues to rise in December.

Health officials recently warned hospitalizations are increasing across the state. Statewide coronavirus data shows more than 11,000 hospitalizations. King, Snohomish, and Pierce counties are among those where hospitalization numbers have been the highest.

According to the state, 80% of ICU beds are occupied. Nearly 1,000 Washingtonians were in ICU beds Tuesday.

The number of hospitalizations are predicted to continue to rise through December.

Responding to record-breaking levels of COVID-19 spread in the state, Inslee announced the most severe restrictions on activity in mid-November since his Stay Home, Stay Healthy order was originally issued in March.

The fundamental difference: In March, nearly all communal activities were banned outright. More activities are allowed now, just with strict limitations on where and how.

Here's a list of some of the biggest restrictions:

The state's travel advisory remains in place for all non-essential travel. The advisory issued Nov. 13 doesn't have an end date.

Inslee is also allocating $50 million in economic support for businesses and safeguards for workers impacted by the pandemic. The money is in addition to the millions in relief announced when the restrictions were put in place.

Anthony Anton, President and CEO of the Washington Hospitality Association, said the ban on indoor bar and restaurant service "does not need to be done."

He said if indoor dining was to blame for an increase in cases, the number of positive cases would have dropped since the ban was put into place last month.

Anton said the move could put thousands of employees out of work and hundreds of restaurants out of business heading into what is supposed to be a busy holiday season.

Anton and Inslee agreed on one thing: the state needs Congress to come up with federal assistance for those impacted by the pandemic. 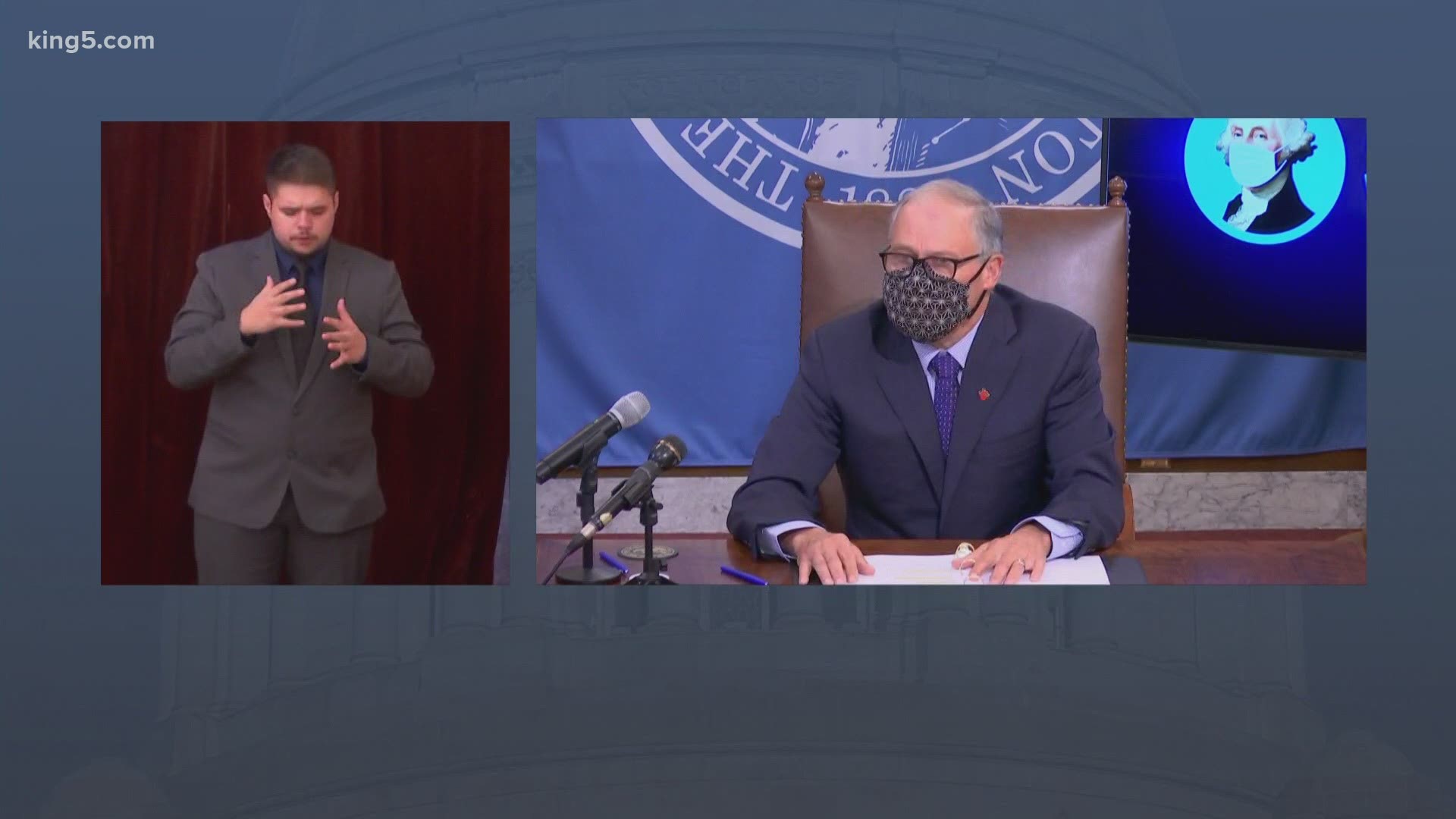