Opposition groups say mandated sexual education is inappropriate, while supporters say it's important to learn about consent at an early age. 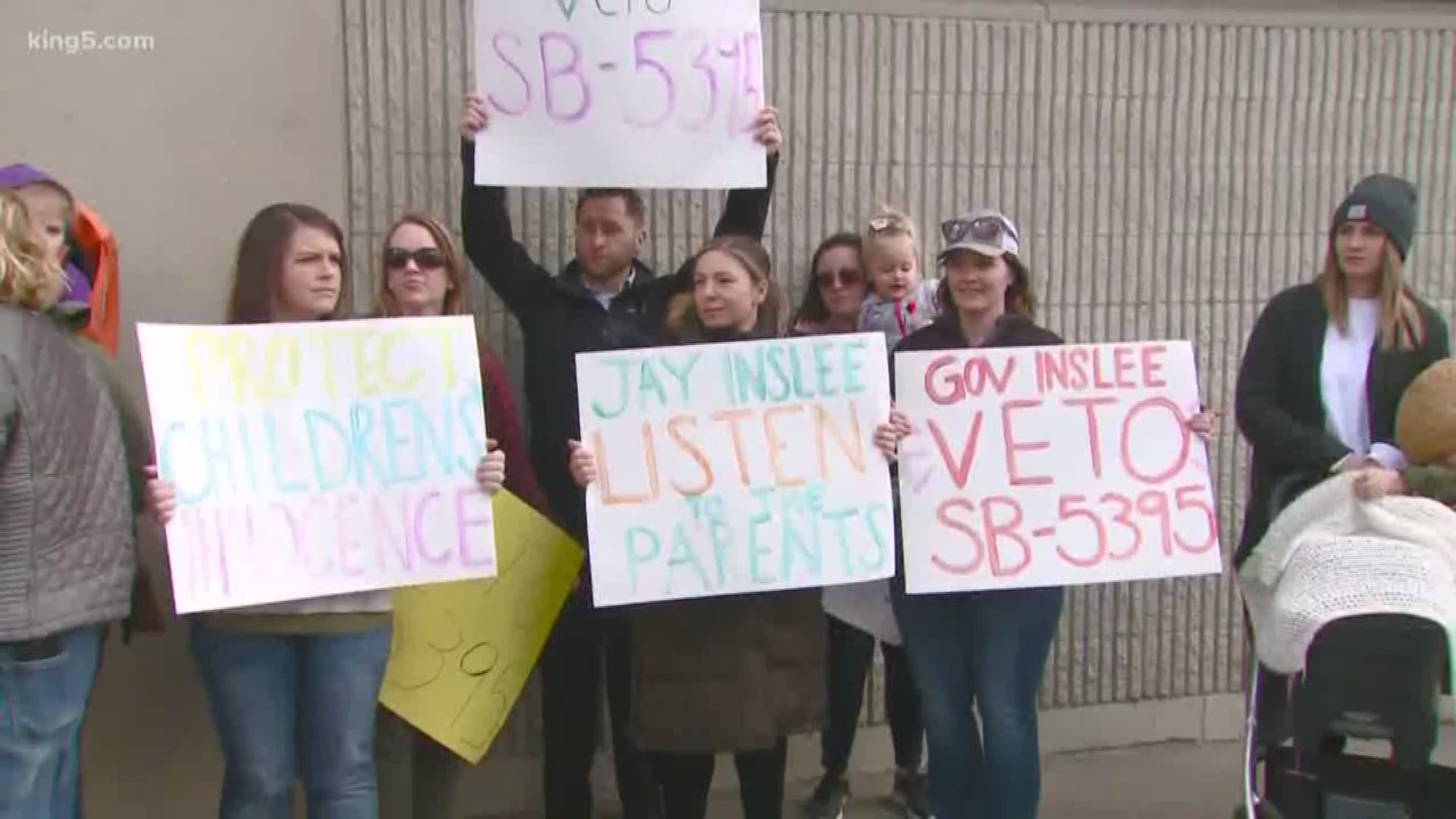 OLYMPIA, Wash. — Hundreds rallied on the steps of the state Capitol on Wednesday, calling for Gov. Jay Inslee to veto a bill requiring sex and health education for every student in the state.

Comprehensive sex and health education would be required, starting in kindergarten, if Inslee signs the bill.

“You can’t give up until it’s over,” said Whitney Holz, one of the organizers of the protest. “They didn’t listen to the thousands of phone calls, the thousands of emails. We are hoping the Governor will hear the people today,” said Holz.

Her organization, Informed Parents of Washington, fears the impact of the sex-ed lessons, especially for kindergartners.

“Their definition of what is age-appropriate across all ages is certainly not what we agree with,” said Holz.

The bill’s sponsor, Rep. Monica Stonier, said a lot of the fears are not based on facts.

She said kindergarteners would not be taught about reproduction.

Their lessons would instead focus on good and bad touching and the differences between boys’ and girls’ bodies, said Stonier.

“We are teaching them the skills they need to have healthy relationships in an age-appropriate way,” said Stonier.

"I can't even tell you the suffering that was going on in my family for generations," said Rep. Amy Walen (D-Kirkland) on Monday. "For all the kids who don't have such healthy families, those are the ones that it is our ultimate responsibility to watch out for."

Stonier said concerned parents can get involved with their local school boards, the individuals who would be allowed to come up with the sex and health education curriculum.

Parents would also be able to opt their students out of the lessons, which for elementary school students would last one hour every school year.

The bill received its final approval Saturday from the Washington State Senate.

Of the 1,200 adults who participated in a King 5 News poll, 63% said sex education should be required in public schools. The remainder said it should not be required (26%) or were not sure (11%). 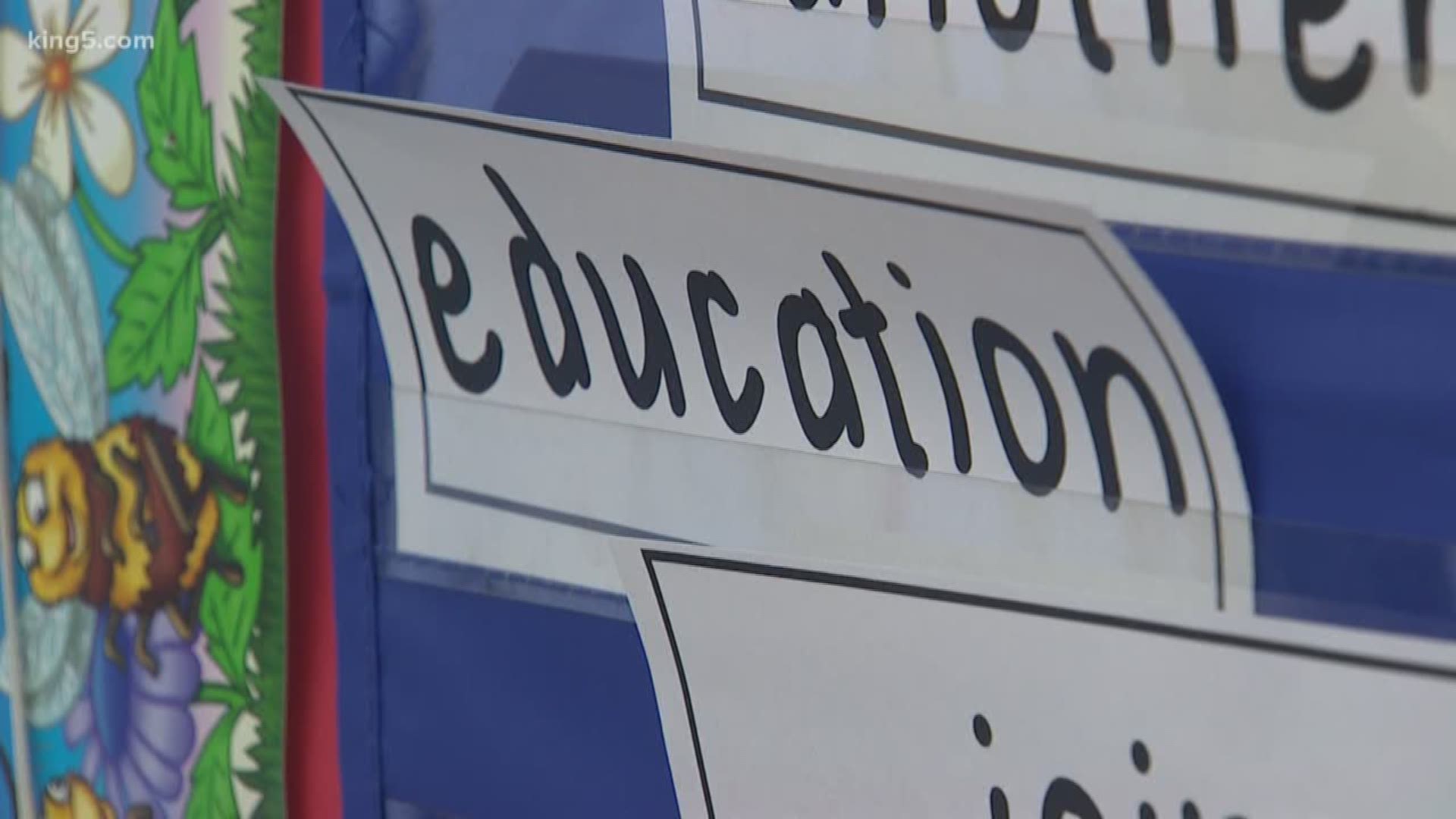