Gov. Inslee unveiled the most severe restrictions on activity in Washington since spring, but more activities are allowed this time. 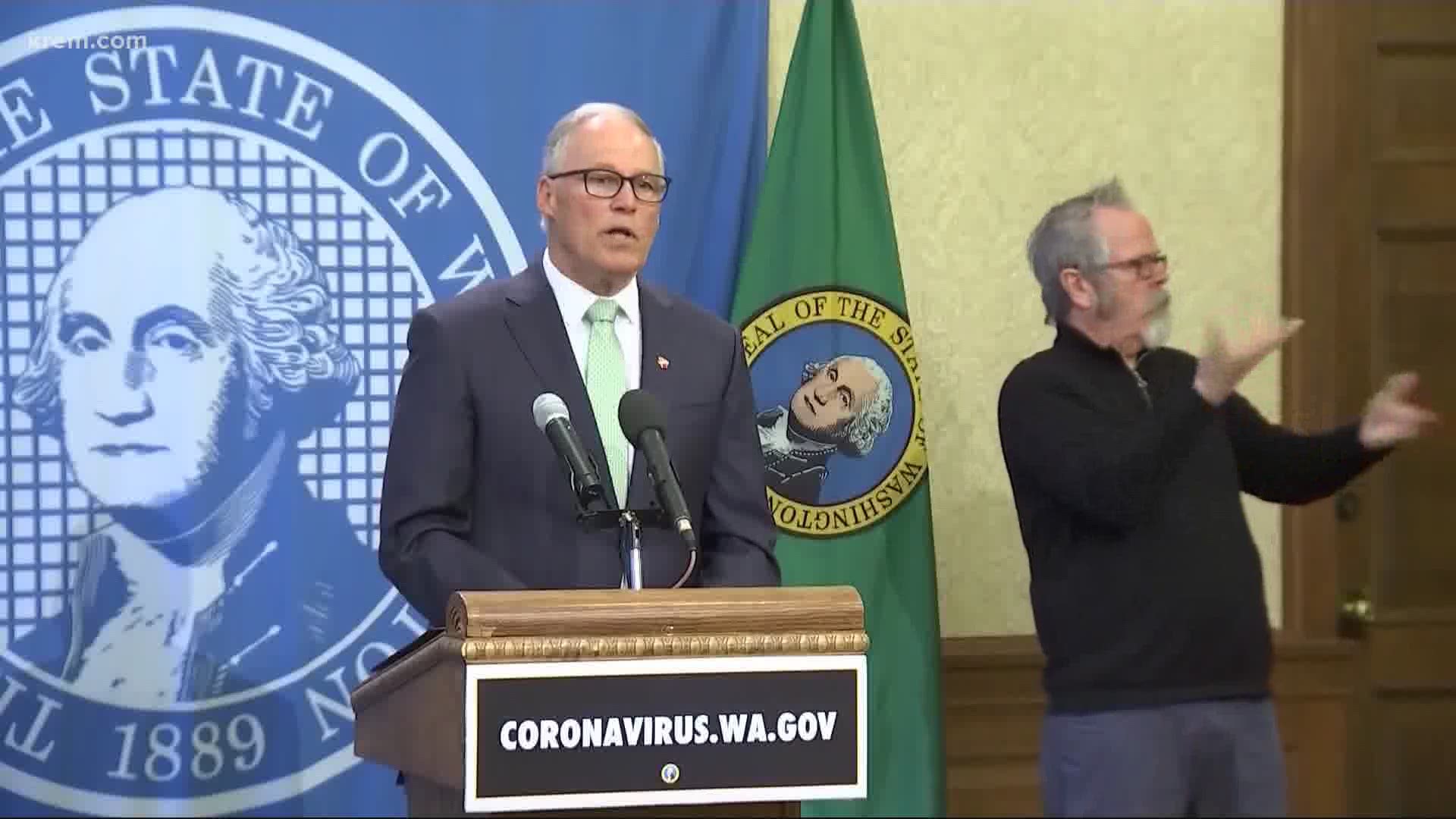 SPOKANE, Wash — Responding to record-breaking levels of COVID-19 spread in the state, Washington Governor Jay Inslee announced the most severe restrictions on activity Sunday since his Stay Home, Stay Healthy order in March.

Most of the rules are in effect as of Monday at 11:59 p.m. and will remain in effect until Dec. 14. Modified restrictions for restaurants will take effect Wednesday, November 18 at 12:01 a.m.

Although the case numbers are higher than they were in March, these restrictions are in fact less extensive than those implemented during the initial shutdown.

The fundamental difference: In March, nearly all communal activities were banned outright. More activities are allowed now, just with strict limitations on where and how.

Here's a list of some of the biggest changes: