Sports teams will play in empty arenas and places of worship will limit the capacity of congregations. 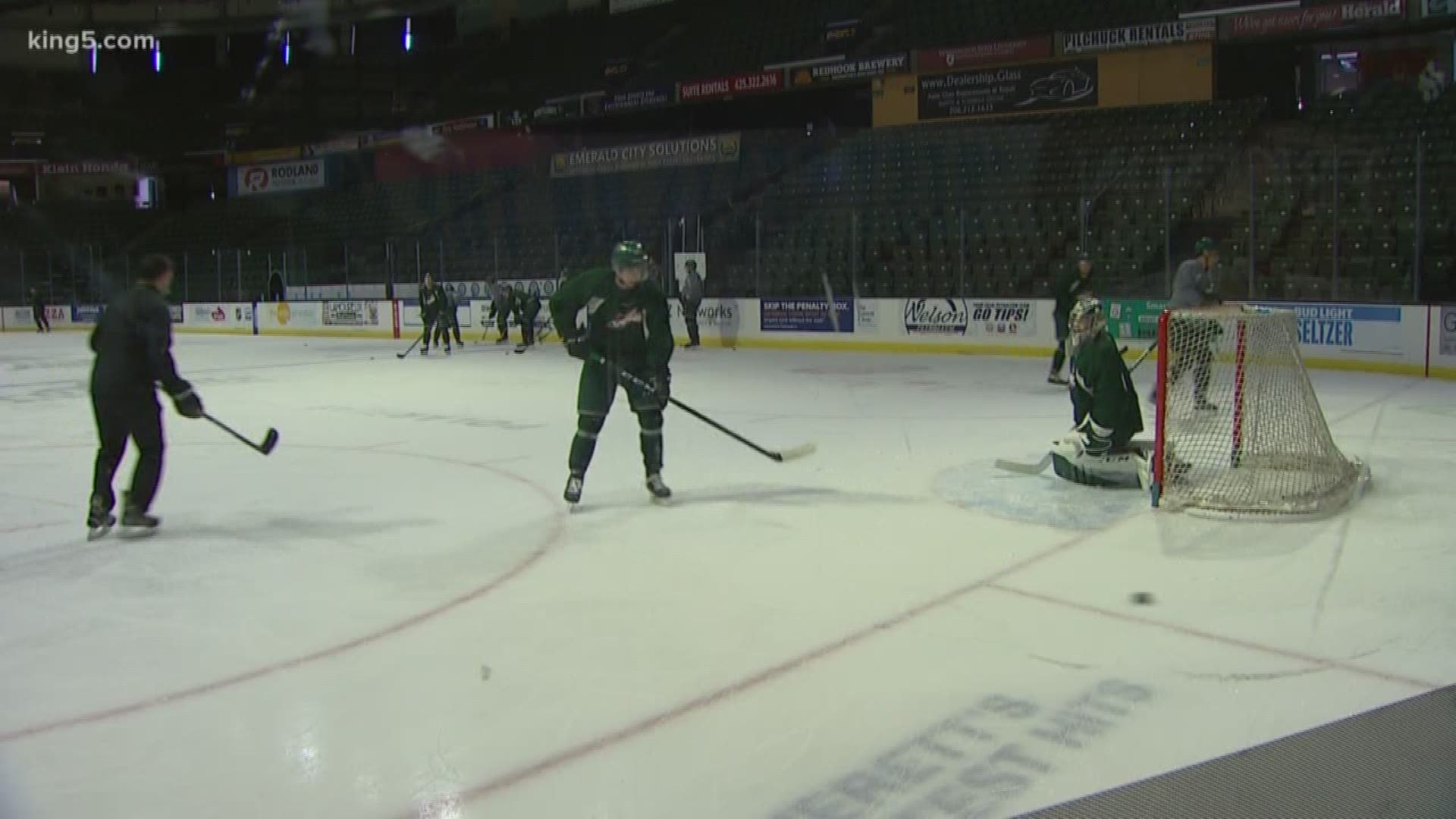 SNOHOMISH COUNTY, Wash. — The wildly popular Everett Silvertips Junior A Hockey team is on a quest for another playoff run, but when the puck drops at their next home game, the seats at Everett's Angel of The Winds Arena will be empty.

"This outbreak is serious and we take it seriously," said Silvertips Chief Operating Officer Zoran Rajcic.

Heading into the last week of the regular season, Rajcic said the team will continue to play its games in Everett, but its fervent fan base will not be allowed to attend games, at least through the end of the month.

"At the end of the day, we know they'll be with our players and our players know they're still playing for a strong, faithful fan base," says Rajcic.

The team will increase its streaming capabilities for fans.

Several other events are scheduled for Angel of the Winds Arena through the end of the month.

General Manager Corey Margolis said he is working with promoters to determine whether those shows will be rescheduled or refunds issued.

"We know a lot of the restaurants and businesses do rely on us for an uptick on event nights," said Margolis. "We feel for them, but we have to support the measures that needed to be put in place."

Anyone with questions about refunds or reschedules at Angel of The Winds Arena should call the box office at 425-322-2600.

Even churches are not immune from the coronavirus closures.

Houses of worship are being told to limit their services to no more than 250 people.

He's asking the rest of his congregation to keep the faith.

"I know now is when people need hope and that's what we're here to provide," he said. "Even when the doctors don't understand, faith is one of those things that everybody can find comfort in."