All regions of Washington are in Phase 1, which prohibits indoor dining and social gatherings and allows for very limited capacity at gyms and entertainment venues. 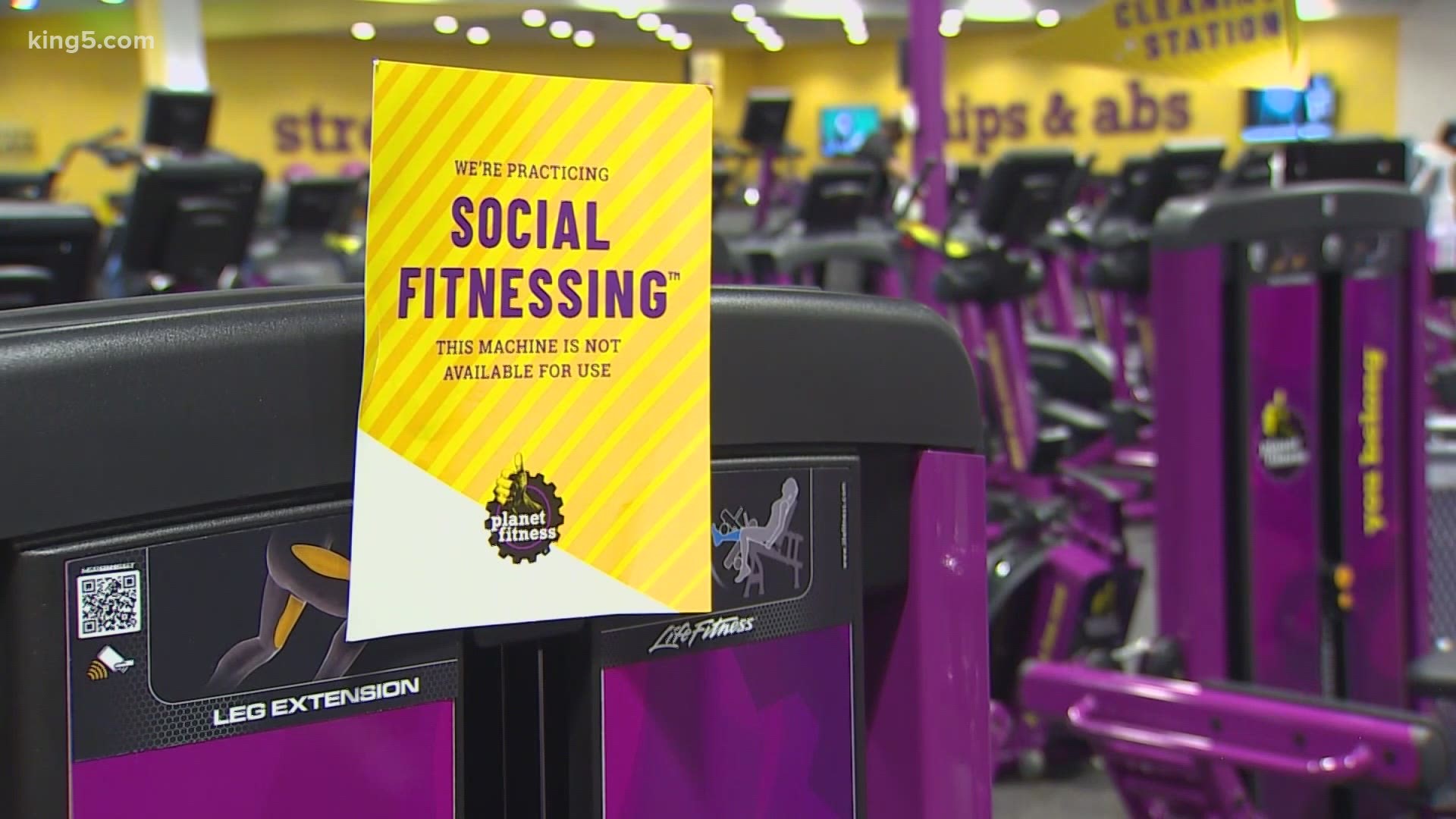 Under the plan, called "Healthy Washington," there will only be two phases of reopening to start, and the state will add more as the situation improves, according to Inslee's office.

The Washington State Department of Health released a new report Friday that showed no regions are ready to move to Phase 2 of the plan. So all counties, which are grouped into eight regions, begin in Phase 1 Monday. To move on to Phase 2, the region must meet the following four targets:

Indoor dining remains prohibited and outdoor dining is limited to six people per table or two households per table. Restaurants are also required to close by 11 p.m., and bars not serving food will remain closed.

A notable change from the state's previous reopening guidelines is that certain fitness programs and entertainment establishments will be allowed to open in Phase 1.

Gyms will be allowed to have appointment-based fitness and training sessions that last no more than 45 minutes and no more than one person per 500-square-feet.

Indoor entertainment venues, such as aquariums, indoor theaters, and indoor concert halls, can offer private tours for individual households of no more than six people. General admission will still not be allowed. 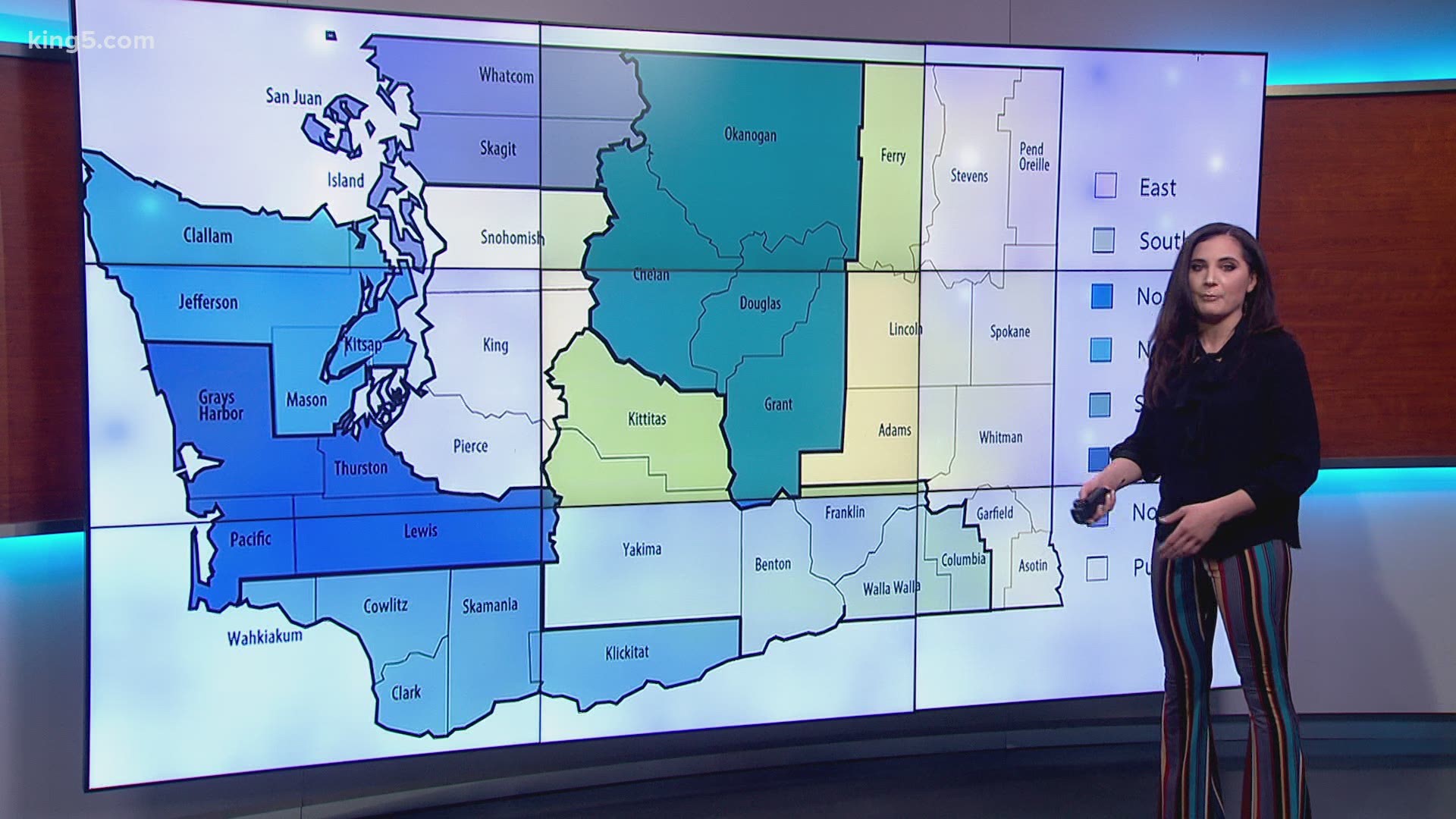 This plan differs from the previous "Safe Start" program in that there are fewer phases, and counties will move forward regionally rather than on a county by county basis.

Spokane, Ferry and Whitman are among the nine counties in the state's East region.

Inslee said the regional approach to reopening makes sense from a public health perspective, as the virus doesn't know county lines, and because many health care systems are regional. 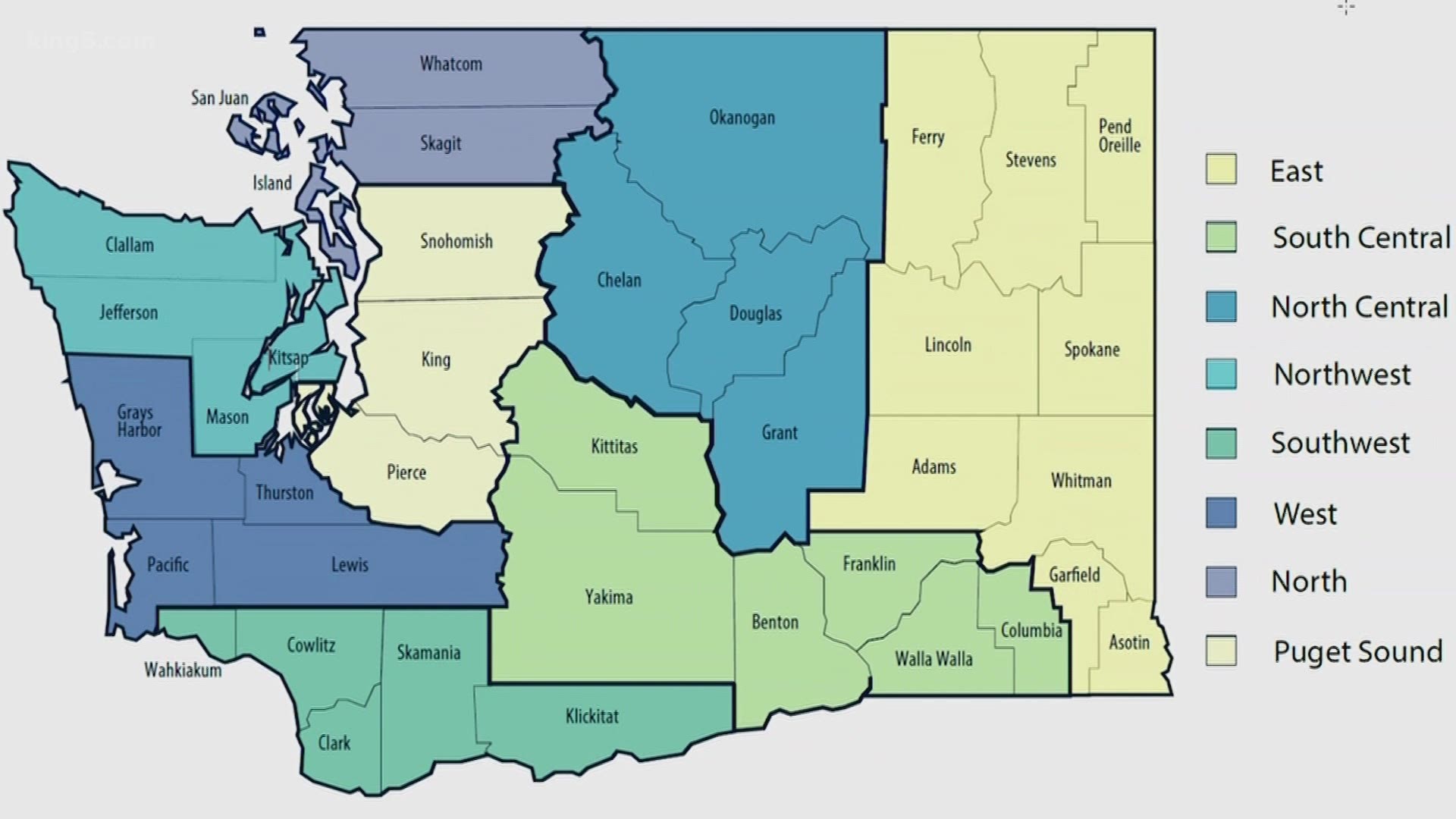