The lawsuit is one of several that have been filed to try to end the stay-at-home orders. 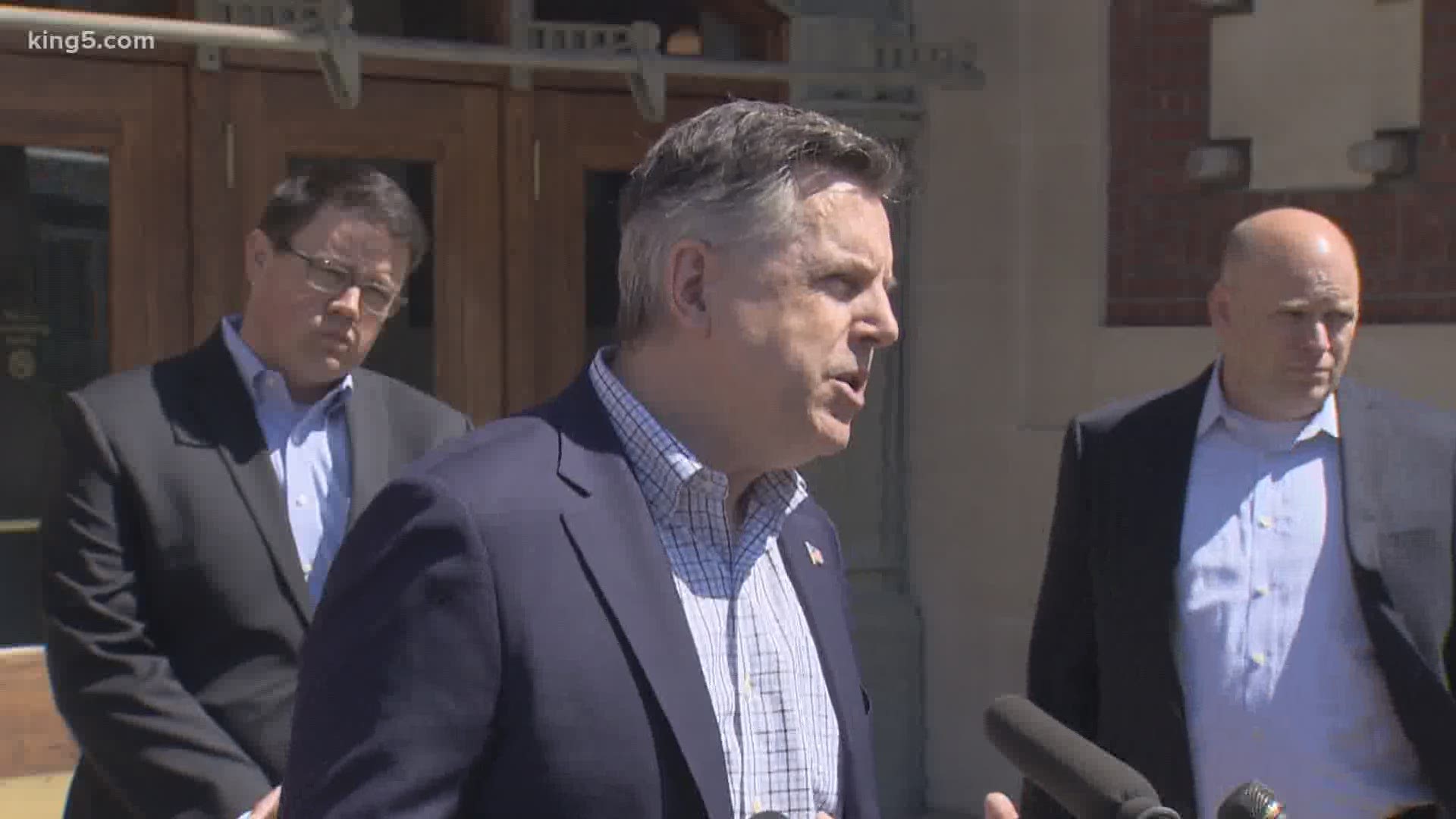 The lawsuit argues that the governor's orders are unconstitutional and too broad.

"There's not an emergency in Washington anymore. That's actually great news and it's ridiculous that the governor is continuing over the course he's on," said attorney Joel Ard at a press conference in front of the federal courthouse in Tacoma. "This is not a disease that affects the youth of this state. No one under 20 has died from it. It doesn't even really people under 60 unless they're already really sick.”

Ard argued that the governor's order should be targeted toward those at most risk.

“There’s randomness in the order that is a constitutional problem.”

Rep. Andrew Barkis of Olympia is one of the lawmakers who is part of the lawsuit.

"Any death has been a tragedy. We are not saying that this is not a crisis that does not exist." Barkis said. "We have policies and procedures in place for us to continue if in fact it does come back, in the fall or whatever else."

The state started its first phase of reopening, after the governor unveiled a four-phase process to reopen businesses. However, there will be at least a three-week gap between each opening date, and Inslee warned that if coronavirus cases start to increase, that the reopening process could slow down.

Barkis said that the restrictions are hard on families and businesses statewide, even as some counties are not seeing as big an impact from the outbreak or have seen cases and deaths decline.

"We could be under a state of emergency all the way through the summer months and we just don’t feel that it is appropriate at this point in time."

House minority leader Rep. JT Wilcox of Yelm is not part of the lawsuit, but he said he welcomed their challenge. Wilcox said he believes opening should be determined on a county-by-county basis. He also pointed out that California, which is in a Western state reopening pact with Washington, announced it would be ready to open certain retail outlets by the end of this week.

At a different press conference in Olympia that focused on reopening plans, Inslee told reporters who asked about the lawsuit that he stood by the stay-home orders.

“We had hundreds of new cases just yesterday," he said. "I think it’s a bit heartless to think that some people somehow are disposable citizens, and I just think that’s just wrong. We can’t have a good economy without a healthy Washington, and the measures we have taken are designed to preserve health and life itself.”

He also criticized the politicians that wanted to push for a quick reopening of the state.

“I think they’re not only short-sighted but dangerous,” he said. “They are not compliant with the science that is very clear on this, that if we today released all of our efforts… this virus will come back with a vengeance. Apparently, those politicians, as far as I can tell that doesn’t bother them too much.”