Shelves are empty at grocery stores across the country as people rush to stock up, and in Washington state, officials are reminding people to leave some for others. 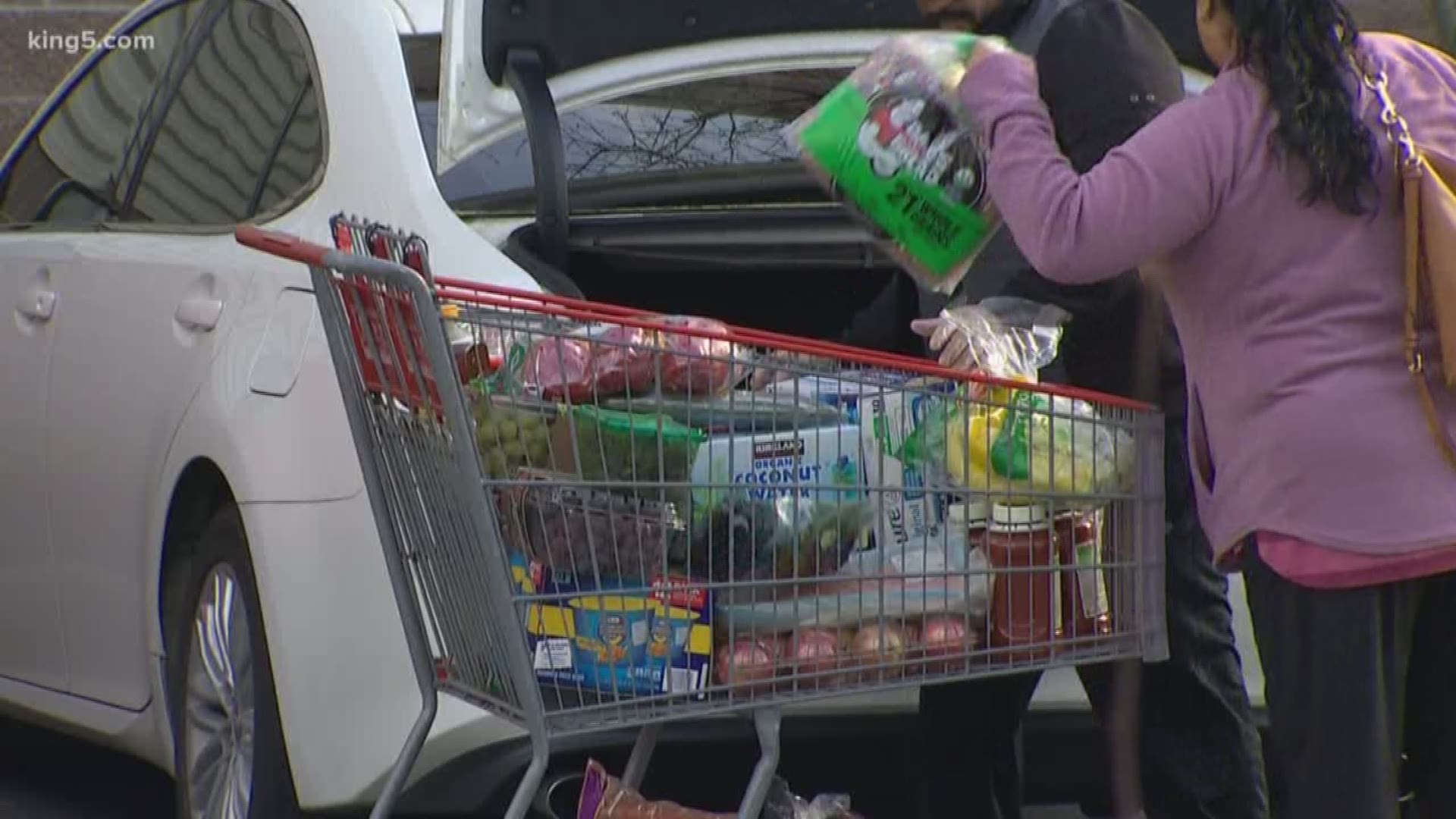 WOODINVILLE, Wash. — Viewers sent KING 5 photos of long lines and entrances roped off at Costco’s in Tacoma and Woodinville this week.

It’s a similar story at many grocery stores nationwide, a rush to get supplies during the coronavirus outbreak.

At the Woodinville Costco, there was a police presence outside the front door on Saturday and employees doing crowd control in an effort to encourage social distancing.

There was also a whiteboard out front listing items such as wipes, paper towels, and toilet paper out of stock.

Amid all the rush on grocery stores, the Washington Department of Health released a statement asking people to “leave some for their neighbors.”

Officials said the empty shelves are doing more harm to those who may actually need the supplies.

Officials also recommended instead of stocking up on things like toilet paper, stock up on canned foods, beans and fruit or pasta and frozen foods that will last.

RELATED: Grocery stores hiring across western Washington to keep up with demand during coronavirus