Food giveaway an indicator of the need in south King County

Thousands of boxes of food were given away in just two hours on Sunday. 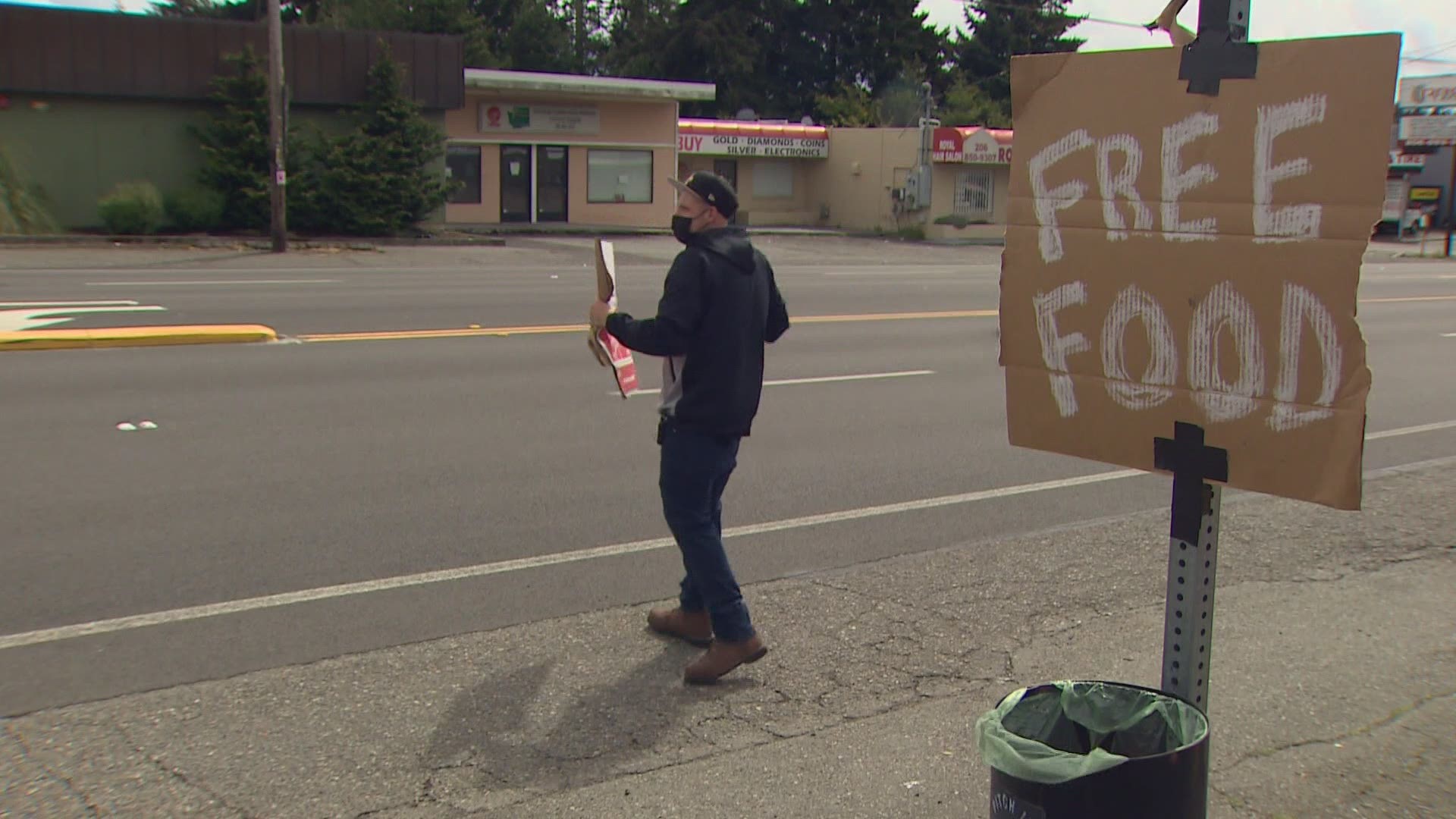 BURIEN, Wash. — Thousands of food boxes distributed in Burien on Sunday are an indicator of how much need there is in south King County.

The food giveaway was open to anyone, but many who came were from south King County communities where the economic impacts of the pandemic have been especially difficult.

The food boxes were gone in less than two hours

The food giveaway is the collaboration of many groups under the umbrella of the ministry Praisealujah. They converged on a Les Schwab Tire Center who donated their space so they could pass out the food boxes.

They’ve been doing the distributions for 13 years and have found partners such as Northwest Harvest, Cascadia Food, East-West Food Rescue Pacific Fruit, and several grocery stores.

Before the pandemic, food giveaway organizers would get about 500 cars during a distribution.

“Last week when we did this, we had about two thousand cars ... there was an average of about four to six people in a family," Praisealujah organizer Kelly Crow said.

Crow says families are hurting from the economic fallout of the pandemic, some forced to choose between paying rent and putting food on the table.

“Everything has affected so many people around here - a lot of people that I know,” Ashley Cleveland said. “Definitely everything that we can do to help each other, we are.”

Cleveland had to leave her job when her kids had to start remote learning.

“I'm not able to afford daycare, so I had to choose between working and staying home with my kids,” she said.

Cleveland was grateful for the food boxes and took some for neighbors who didn’t have cars.

“All we can do is just keep moving forward,” she said.

Organizers have added more giveaways recently and increased how much they give away. About halfway through Sunday’s distribution event, the group ran out of food. But they aren't discouraged. They are determined to find more help, especially in an economic recovery that will likely take years.

“We all just need to reach up and help each other out,” Crow said.