The US Attorney in Seattle appointed a coronavirus fraud prosecutor to assist the FBI and other federal investigators with scams. 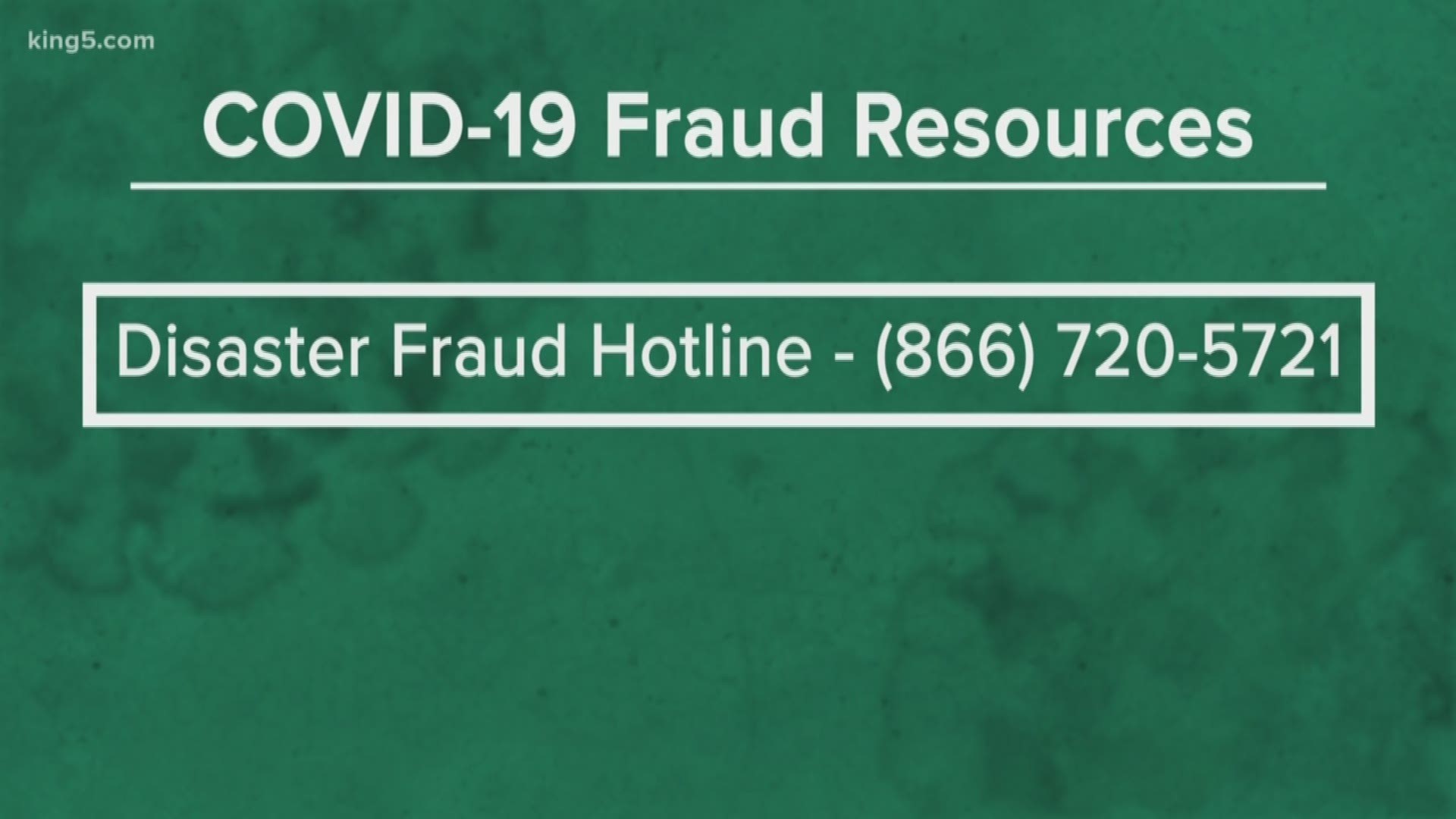 Federal authorities in Washington state said they have received 34 complaints about possible coronavirus (COVID-19) scams, a number that is expected to grow in the coming weeks.

“I would say that number is much too low, but we don’t know about others because people don’t know where to report these things,” said Special Agent Ethan Via, who supervises the complex financial crimes squad for the Seattle office of the FBI.

“We are aware of these frauds. We are taking them seriously,” he said.

United States Attorney for the Western District of Washington, Brian T. Moran, said his office has assigned a coronavirus fraud prosecutor to give special attention to the growing numbers of fraud cases.

Moran encourages those who have been victimized to contact the National Center for Disaster Fraud Hotline at 866-720-5721 or online at https://www.justice.gov/coronavirus.

The feds said scammers are typically contacting people through their cell phones and computers, and are taking advantage of the fact people are spending more time on the internet holed up in their homes.

“We saw some malware out there,” said Agent Via. “[The scammers] would put out these maps to track the virus and people would click on them and all of a sudden there is malware downloaded on their phones or their computers, which get locked up,” he said.

The scammers then keep the computer locked until the victim pays a ransom.

Federal prosecutors shut down an Austin, Texas-based website that offered free World Health Organization coronavirus “vaccines” – IF the buyer paid a $4.95 shipping fee.  There is no vaccine developed yet, and authorities say the web site was a pure scam.

Agent Via said the dollar amount lost in the 34 cases reported in Washington has been low so far, around $4,000.

“These are just the reported numbers. I would imagine those numbers are actually quite a bit higher,” said Agent Via.