Senator Tim Kaine says the next bill should focus on individuals and local governments. 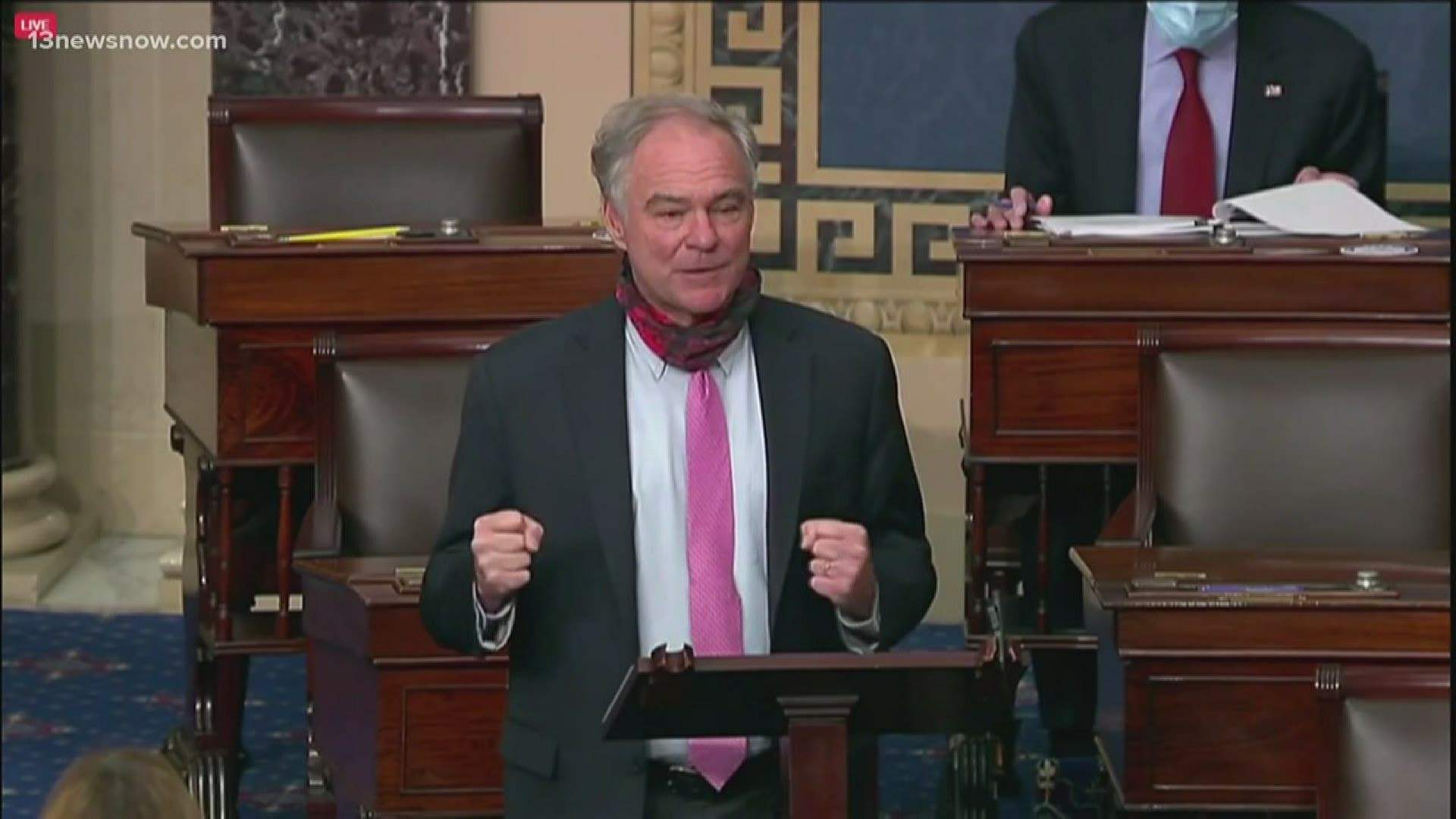 WASHINGTON — As the coronavirus pandemic drags on, lawmakers continue to try to find ways, and money, to help out.

In his own "Mr. Smith Goes to Washington" moment, Virginia Senator Tim Kaine took to the Senate floor to urge fairness in the next COVID-19 stimulus package.

As Kaine pushed to help the common man, the former mayor of Richmond also vouched for local governments. He pointed out that in the last package, while local governments did get $150 billion, Congress appropriated $1.2 trillion for businesses.

He said there will be a price if that's not fixed.

"If cities, counties, and towns lose revenue, what are their options?" he asked. "Since most government costs are personnel, here's what they'll be forced to cut: teachers, police officers, firefighters, EMT, and that's already happening in Virginia. Mr. President, it's never a good time to lay off teachers, firefighters, police, sheriffs, EMTs, never. But I can tell you the worst time to do it: a national health emergency. The vast majority of first responders work for local government. Why would we want to lay them off?"