Fortney prompted a backlash when he announced he would not enforce the governor's "stay at home" order. But others said they were encouraged by his statement. 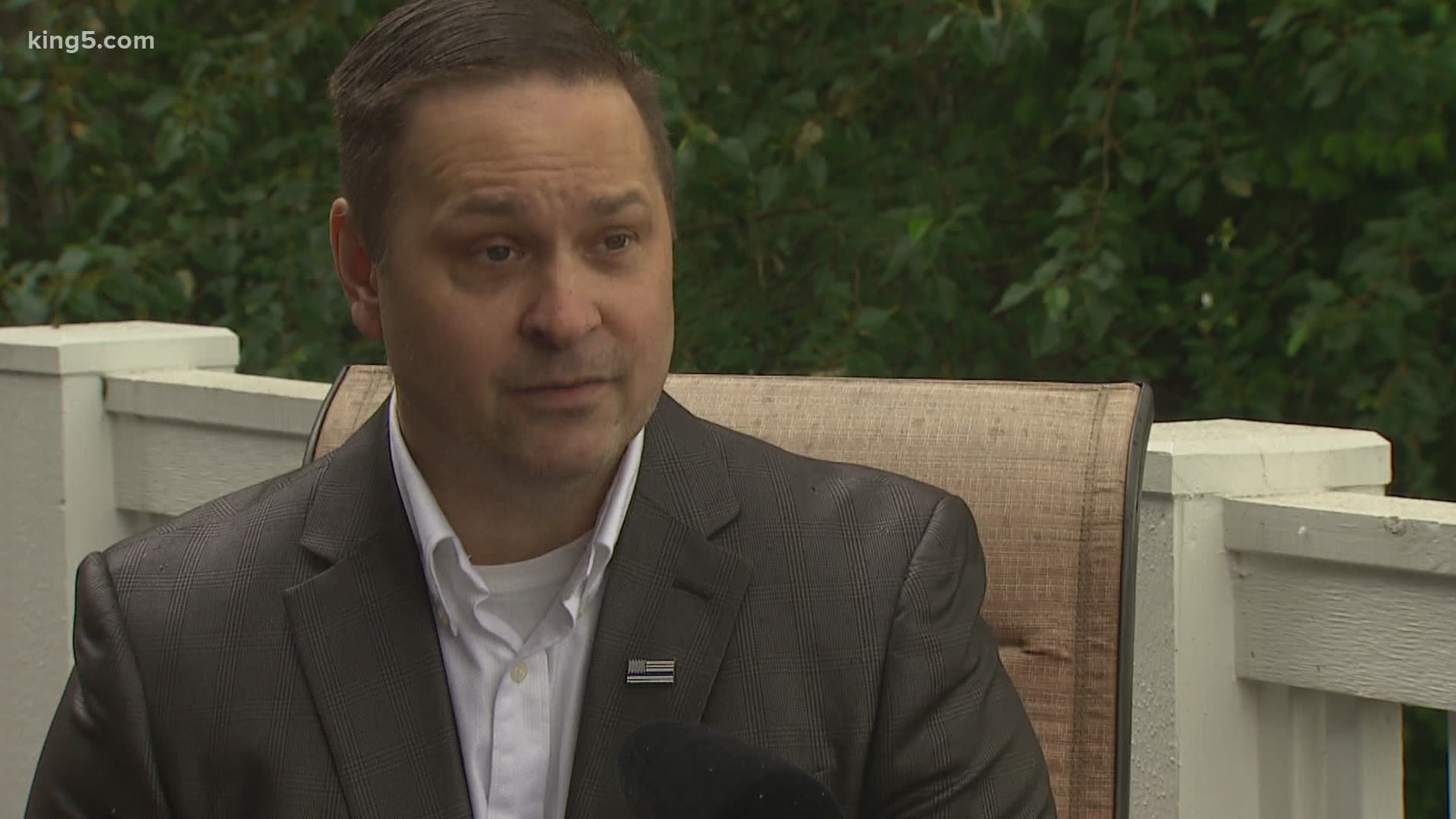 SNOHOMISH COUNTY, Wash. — Adam Fortney made no apologies for his Facebook post calling out Governor Jay Inslee's ongoing "stay at home" order and announcing he would not enforce it.

"I said something. It was a little bit controversial, but it was a Facebook post for crying out loud," Fortney said during an interview recently at his Lake Stevens home.

"I'm gonna stand up for what I believe in. I think I said what a lot of other people were thinking but weren't saying out loud."

One of those people was 79-year-old Bob Martin who said the sheriff's proclamation inspired him to reopen his Snohomish barber shop in direct violation of the law.

Since Martin's barber shop The Stag opened about three weeks ago, people have been lining up for haircuts with no social distancing and apparently no fear of contracting or spreading deadly COVID-19.

KING 5 asked Fortney whether he bore any responsibility if someone fell ill.

"I don't know that I bear responsibility. Nobody wants that to happen," the sheriff said. "That's a politically charged question, but let's go down to Lowe's and ask them what if somebody gets sick. Let's go down to Home Depot and ask them. They've never shut down and there are hundreds of people in there every day."

Fortney was elected sheriff last year on a "law and order" campaign, but is now accused of picking and choosing which laws to enforce.

"People have asked, which laws are you gonna enforce or not? Let me tell you, that is done every day in law enforcement. We have discretion. Every single day sheriff's deputies and police officers on the street decide whether to make an arrest or not."

Fortney's announcement and its fallout have prompted a Bothell woman to petition for his recall.

Last week a judge allowed the petition to move forward saying the sheriff had essentially violated his oath to uphold the law, putting personal politics before public safety.

Fortney, however, countered that enforcing the law is only part of his job.

"I'm also an elected official. Politics is a huge part of what an elected sheriff does. Whether you think it right or wrong, it's part of my job. I think I'm absolutely in line with my oath. I think it's okay to question government, especially in these times. I don't think there's anything wrong with an elected official speaking his mind in some of the most important times you and I will ever see."

Fortney said the only thing he'd change is some people's perception that he doesn't care about coronavirus or public health.

He deeply does, he explained, and even with his career hanging in the balance he said he will continue to speak his mind.

"I didn't ask for this. It is here in front of me now and I'm not going to shrink from it."