Passengers flying through Everett's Paine Field will now have their temperatures taken before takeoff. 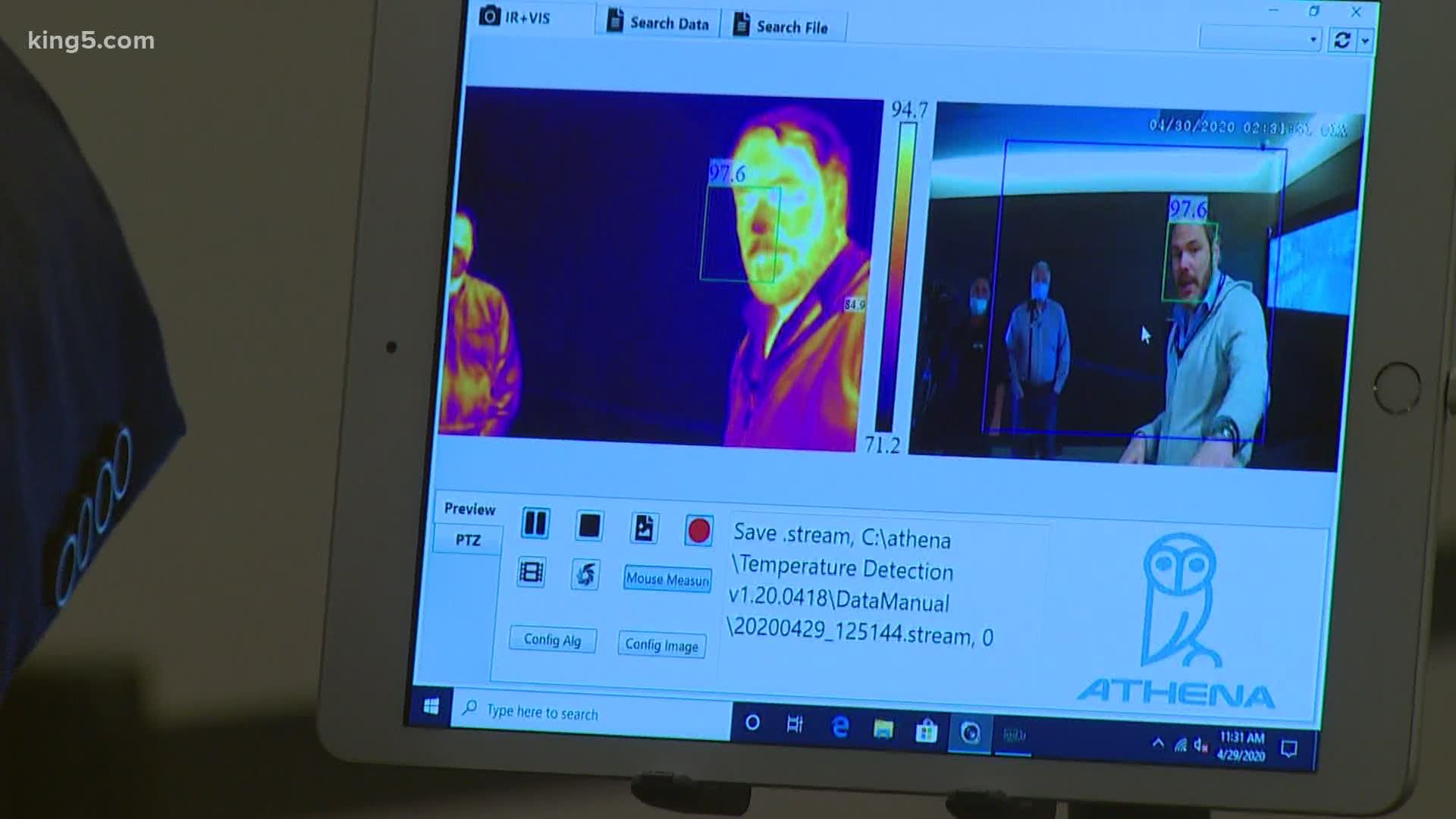 EVERETT, Wash. — Passengers at Everett's Paine Field Airport are now being screened for fevers to prevent the spread of the novel coronavirus (COVID-19) and other illnesses.

The airport rolled out the technology, developed by Athena Security, on Wednesday.

The set up is simple, you don't even have to stop walking. As you approach security, a heat-sensing camera automatically detects your temperature, which is then sent to a screener.

The "Elevated Body Temperature Detection System" is a non-invasive and non-contact tool.

Passengers are screened before they reach the TSA checkpoint, and if they have a fever, they will be screened again.

Anyone with a fever over 100.5 will be sent to a secondary screening and the airline will be alerted.

The airline will then decide if a passenger can travel, and if not, whether a refund is in order.

Propeller Airports CEO Brett Smith said this makes the airport in Everett the first U.S. passenger terminal in the country to utilize this type of technology.

Smith said it's one way to make people feel more comfortable as they return to flying.

"We're going to have to start doing things differently," he said. "Why would somebody want to get someone sick unknowingly? I think a lot of people may not be feeling well but they didn't take their temperature. This is a public service."

What about families flying with children who are often prone to fevers, from ear infections or the common cold?

"This is just one thing we can use in our tool box," he said. "They'll use good judgment and advice from medical professionals to make the decision."

Right now, passengers are not told they're having their temperatures taken, which could raise privacy concerns for some.

What if you don't want your temperature taken? Can you opt out?

The answer is yes, but with conditions.

"If a passenger opts out, we will alert the airline that they've opted out and, again, it's the airline's decision," said Smith. "There are other airports people can use if they don't want their temperature taken."

It isn't clear whether the technology could expand to larger airports like Sea-Tac International Airport.

A Sea-Tac spokesman says it is one of many things being talked about. He added however, Sea-Tac operates under different governmental privacy regulations than the passenger terminal at Paine Field, which is privately owned and operated.

RELATED: After one year and 1 million passengers, expect more of the same at Paine Field