The spa owner has received two cease and desist letters from the Snohomish Health District, but says she’s willing to risk her license if it means staying open. 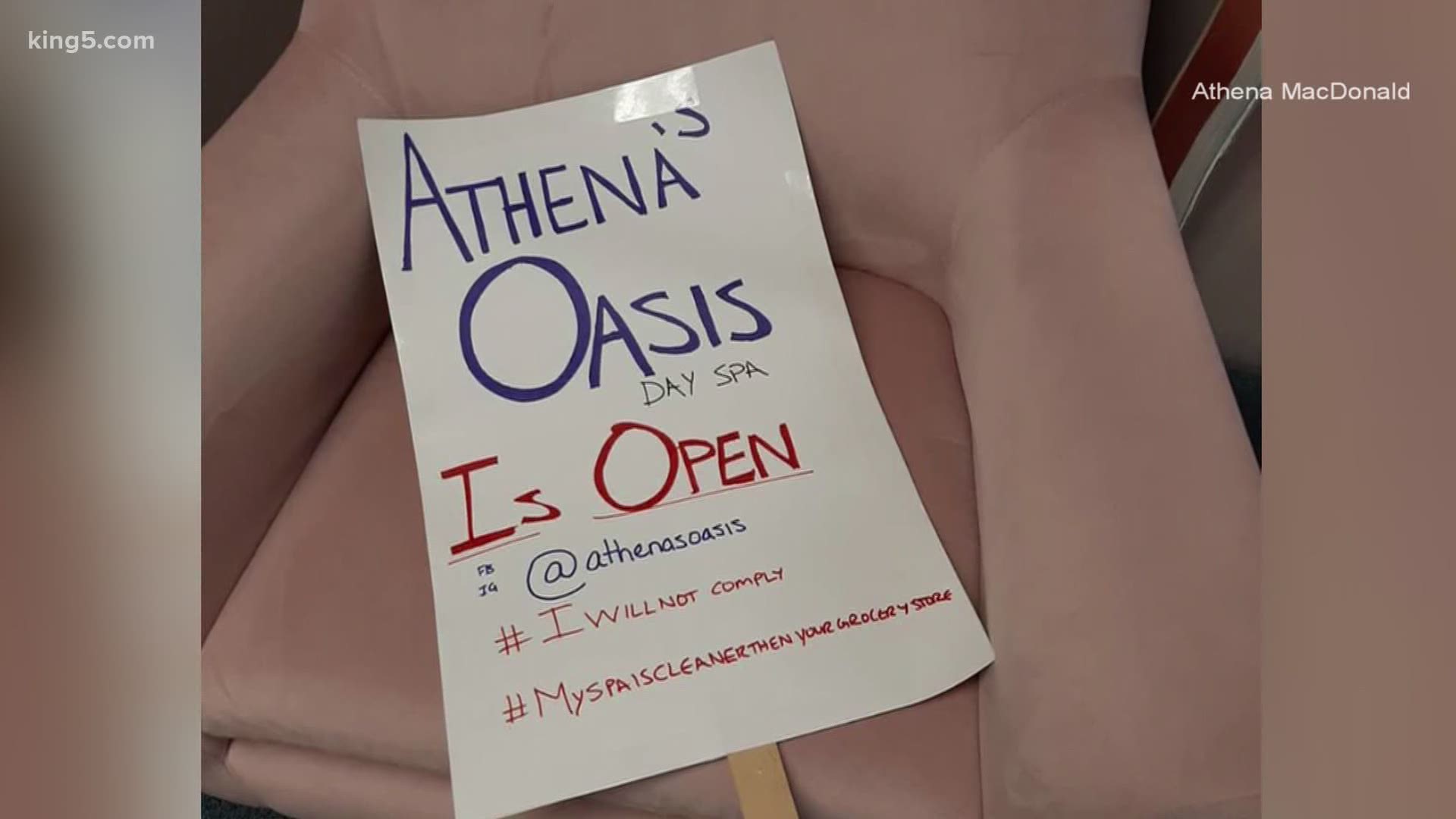 EVERETT, Wash. — An Everett spa will stay open after being served a cease and desist order from the Snohomish Health District.

The spa owner said she’s willing to risk her license if it means staying open.

“I can work, my clients want to come see me. So, why not stay open?” said Athena MacDonald, the owner of Athena’s Oasis in Everett.

She opened her Spa, Athena’s Oasis, in 2018 but shut her doors for six weeks at the beginning of the pandemic.

She has a new cleaning regimen and is booking clients in limited time slots. She said the changes she has made make it safe for her business to be open.

“As the number of deaths go down the question I started asking was, ‘Why am I remaining closed, why am I getting your tax dollars as unemployment when I should be working?’” she explained.

She now joins the two other Snohomish County businesses told to close up shop. P.A. Fitness in Arlington and the Stag Barbershop in Snohomish were served cease and desist orders.

This week MacDonald got her second order from the Snohomish Health District. “It essentially said, 'you need to cease and desist because you are a danger to people’s health,'” she said.

MacDonald would be allowed to open her spa in Phase 2 of the governor’s four-phase approach to reopening the state.

But Snohomish County officials said this week, the county isn’t ready for Phase 2 just yet.

“As more information comes in, we should be altering our course. I played it safe for the first six weeks and then we started getting news, which is when I altered my course and started to open for people,” MacDonald said. “So, as the information comes out, it seems I’m more and more right in opening than the government is in keeping us shut.”

MacDonald is choosing to stay open and serve her clients… even if it means losing her license.

“If I lost my license it would hurt a lot. I wouldn’t want to do it. But I believe my rights are more important than my license,” said MacDonald.