Could employers in Washington require employees to get a coronavirus vaccine?

Legally, employers could make a COVID-19 vaccine a condition of employment. But a UW law professor says he thinks that's unlikely to happen. 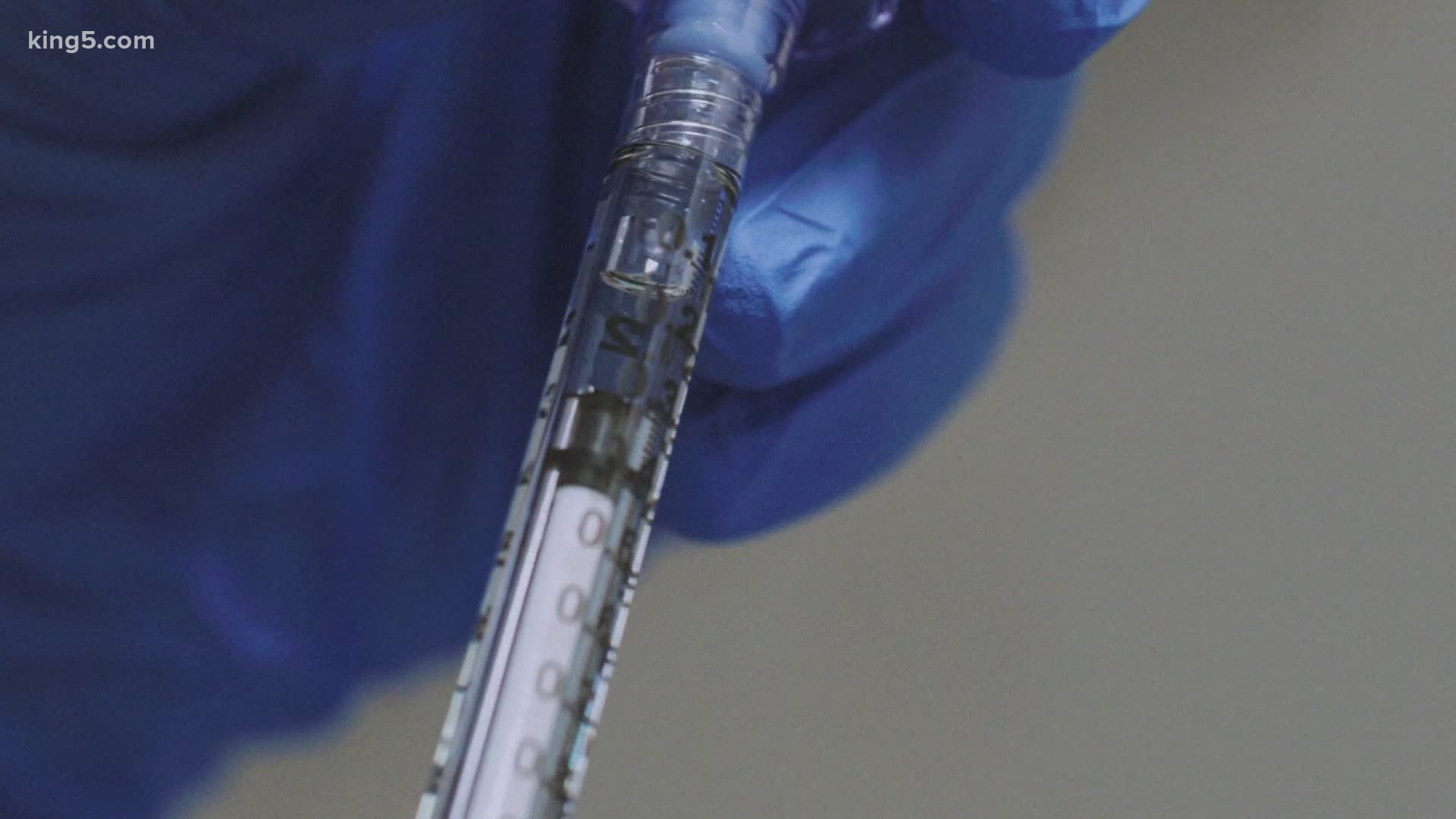 SEATTLE — As the coronavirus vaccine could start becoming available within weeks, could employers in Washington state require their employees to get a vaccine for the coronavirus?

“Legally, employers could,” said Steve Calandrillo, a law professor from the University of Washington. “But I think it's relatively unlikely that you're going to see large private employers in Washington mandate vaccines, I think they'll strongly encourage vaccines, but rather do it on a voluntary basis.”

Calandrillo said these are conversations employers are likely having right now.

“We certainly want as many people vaccinated as possible to create herd immunity and protect everybody else,” he said.

Washington is an at-will employer state, which means an employee could be fired at any time for any legal reason or no reason, with some exceptions like religion or disability.

While legally, employers could mandate the vaccine as a condition of employment, Calandrillo said that could cause more problems.

“You want to give some freedom to folks, you know, who are really skeptical about doing it. You don't want to create the backlash that strong mandates sometimes can create,” Calandrillo said.

Washington state could receive 60,000 doses of Pfizer’s coronavirus vaccine by the end of the month, but a new Pew Research Center study shows out of more than 12,000 Americans 60% say they’ll take the vaccine.

Calandrillo said politics may be impacting the public’s confidence.

Pfizer and Moderna are seeking emergency use authorization for the vaccines from the FDA, which is something Calandrillo said employers are also considering when deciding whether to mandate the vaccine.

“Now employers are on a little bit shaky ground. It's not like we've studied this for 10 years, unlike certain other drugs or vaccines,” he said.

He said incentivizing the vaccine could get more people to take it.

“One of the easiest ways to both create an economic stimulus and to get high rates of vaccine compliance would simply be to pay people to get vaccinated. That way, nobody's forced to do it if they don't want to do it,” he said.