The monitors were to be used for some sports, allowing the school to quickly determine who may need to quarantine during a COVID-19 outbreak. 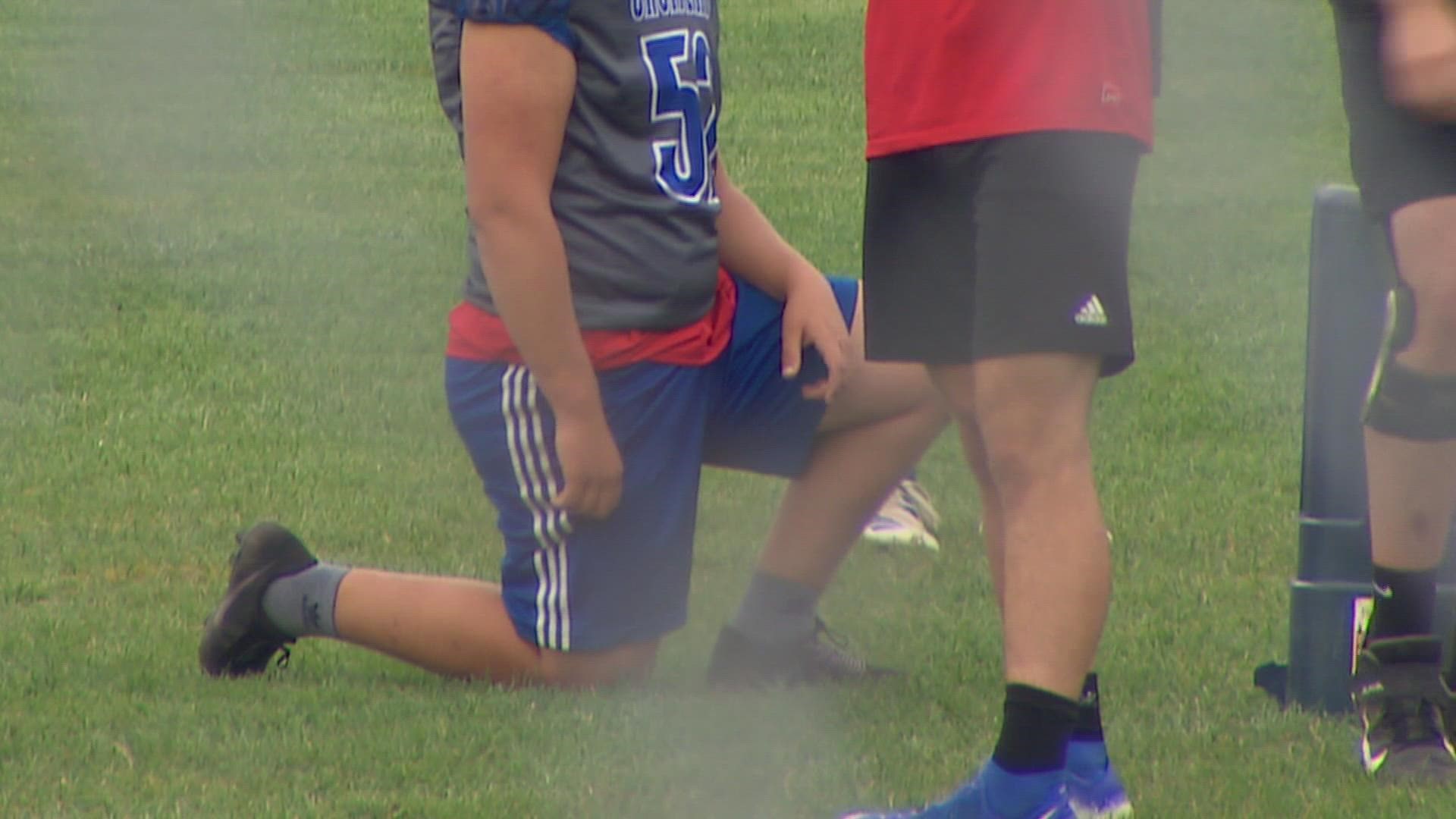 EATONVILLE, Wash. — The Eatonville School Board of directors announced during its regular meeting Wednesday that its proximity monitoring program for student-athletes is on pause until a final decision can be made by parents and students.

"These have been shelved. We will not put them back into place at all. What we're going to do is allow the coaches and the parents to make the decision," Eatonville School Board director Matt Marshall said.

The proximity monitors, according to the district, give the school immediate information regarding contact made while participating in high contact and moderate indoor contact sports during practice. This allows the school to "more tightly determine" who may need to quarantine in case of a positive COVID-19 test.

Parents expressed their frustrations during the meeting at the high school stadium Wednesday.

"I have issue with a device being put on my child, who's done nothing wrong, to monitor their movement," said Jason Ostendorf, whose three kids children Eatonville High School, two of which play sports.

"I actually appreciate what the school here tried to do, to allow our kids the ability to play here. I just think the method was all wrong," Ostendorf continued.

"This system prevents taking students out of school and athletics unnecessarily," a letter from the district dated Aug. 24 reads. "It allows us to keep more students engaged and involved in class as well as athletic activities."

According to a FAQ on the district's website, the monitors are not tracking students. Instead, the monitors contain radio-based sensors that track the distance between individuals wearing the device as well as length of time spent near one another.

The monitors, according to the district, are worn only while participating in a sport.

Parents were informed of the decision, according to the district. The process included an "invitation to a parent meeting, communication from the coach and a parent consent form."

Nicole Hadman, a mother who found out from her daughter that she had to wear a monitoring device during volleyball practice, said she was not informed by the school.

"If you want to use it for your child so they can play sports, right on. I don't want my kids using it and I did not have consent from your board or your coach," Hadman said.

The monitors, purchased through grant funding, is the same technology used in professional athletics. The NFL, for example, is using it for contact tracing to prevent the spread of COVID-19.

David Hill, who has a student-athlete at the high school, said the monitors are the best thing they have at the moment to allow students to continue to compete. The monitors help the school prove students are not within 6 feet of one another for more than 15 minutes. Without the monitors, it would be difficult to prove that, he said.

"It's almost impossible to prove that someone who comes down with COVID wasn't around someone for 15 minutes," he said.