Washington Gov. Inslee put a freeze on reopening until the end of July, raising more questions about how restaurants and businesses will survive the pandemic. 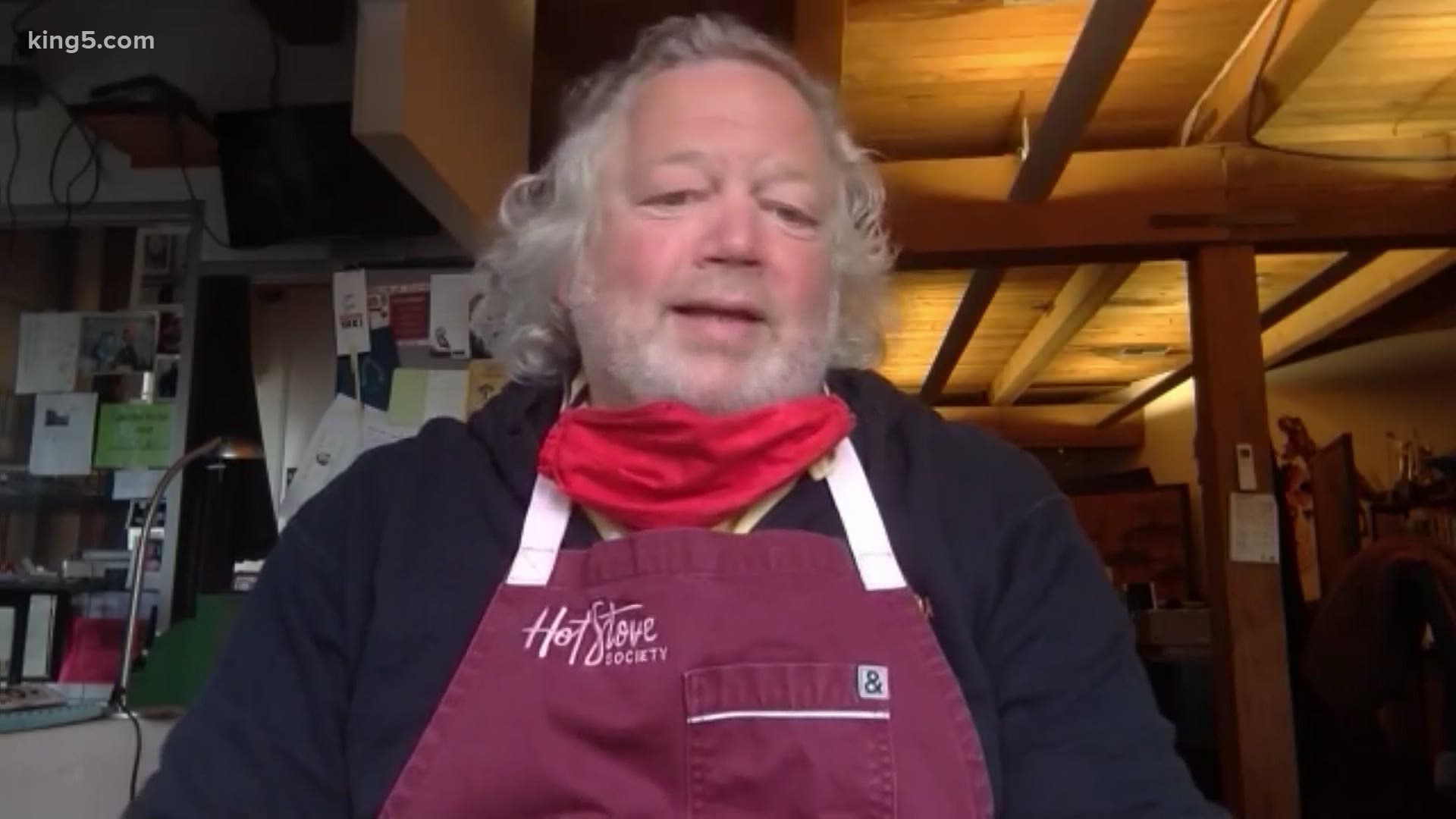 SEATTLE — More restaurant owners are realizing they may not be able to bounce back from the pandemic. That's especially true since Gov. Jay Inslee put a freeze on phases of reopening until July 28.

The Downtown Seattle Association has been tracking the numbers and reports that at least 65 Seattle locations have announced permanent closures. Those locations include retail, night clubs, and restaurants. A majority of the closures have happened downtown.

Downtown is where a majority of Chef Tom Douglas' restaurants are located.

Around the city, there are some businesses boarded up and restaurants emptied out.

Douglas, a well-known, award-winning chef permanently closed the doors of Bravehorse Tavern in South Lake Union. But it's not all bad news.

As of March, Douglas was operating 13 restaurants. When the stay-at-home orders went into effect, Douglas' restaurant staff went from 850 to eight. Today, his staffing is at about 47 employees.

"The biggest thing, for us, is extending the time frame to use our PPP dollars. You know, they went from eight weeks in the beginning to 24 weeks. But with the governor threatening again to go back to closure and with certain areas of town just in lockdown, basically like the downtown core, you can't use your money. And it's all going to get sent back to the government, and that's too bad. If they were to extend it even through the end of the year, that would be super helpful," Douglas said.

At Lombardi's Italian Restaurant in Everett, owner Kerri Lonergan-Dreke says sales are down about 35-40%. But with a long history in the community, she is confident their doors will stay open.

"We have a very loyal customer base, and we are fortunate that those folks continue to support us," said Lonergan-Dreke.

Clayton Krueger is with Farrelli's Pizza in Tacoma.

"We knew at the start of this thing that we needed to do everything that we could to stay open. The biggest challenge for us was when we lost our employees," Krueger said.

Krueger said with the state's phased reopening, Farrelli's Pizza has been able to bring a majority of its 400 employees back.

In Seattle, Mayor Jenny Durkan said, "We've been working really hard with the Governor's office to not have to do another stay-at-home order and to close down the businesses that are open today. But we know that we will not be coming out of this economic downturn anytime soon. We won't be coming out of it until there is some either better treatment for or vaccination for COVID. So, what we have to do is make sure that we're supporting those jobs that are left, making sure that when we do come out of this, and we're competing with every city in America coming out of COVID, that we are able to rebuild our economy as robustly and quickly as possible, and that we do it more equitably."

Douglas said what Seattle restaurants and small businesses need is the community's support.

"I've been telling people that I feel like 75% of the restaurants will come back," Douglas said. "There's no cruise ships to save us. There's no hotel people, there's very few tourists to save us. We as a community have to decide that we want to bring the market back."