COVID-19 testing is supposed to be free in Washington state, but some people are receiving bills for hundreds of dollars. 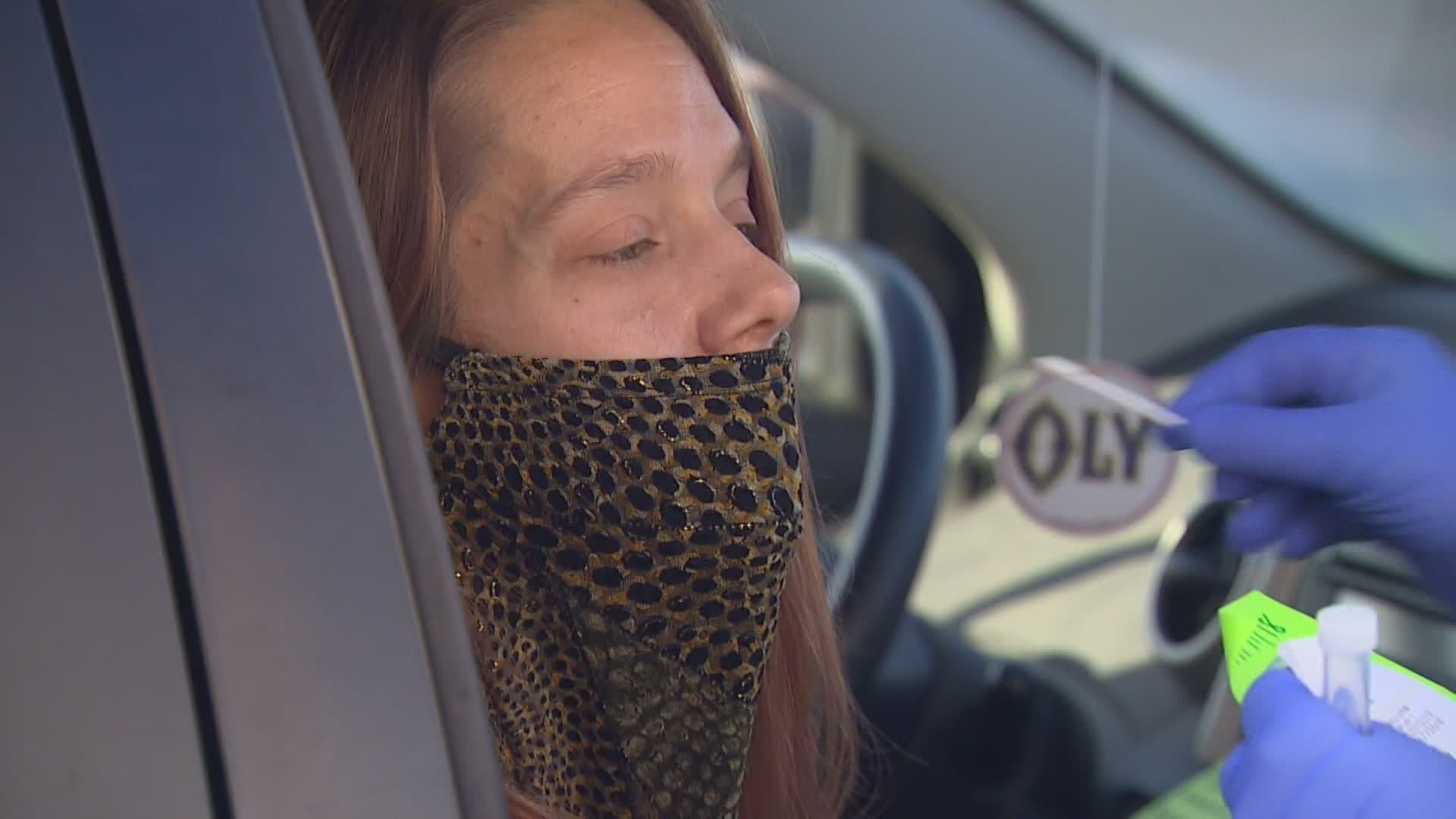 SEATTLE — When Tawna Gogolin felt sick this summer, she worried it might be COVID-19.

"I went online to see COVID testing near me - saw in Bonney Lake that CHI [Franciscan] was doing drive-up COVID testing," Gogolin said. "I asked, 'Do I need an appointment?' They said, 'No. If you're having symptoms, come on in.'"

When she arrived at the July drive-up testing site she pulled into the parking lot and parked in a stall. She remembers waiting next to what appeared to be a mother and her child who were both getting a test.

Gogolin did not have COVID-19.

Fast-forward a month later and she received a $297 bill for her test. Her health insurance covered a portion of the bill, but she was on the hook for $197.88. Gogolin was perplexed. After all, the Washington Department of Health specifically says on its website that if you have symptoms, or you've been in close contact with someone with confirmed COVID-19, there should be no cost to you for testing, whether you have insurance or not.

Gogolin called the billing department. The woman on the phone agreed with her and helped her file a dispute. She said it would take 30 days to hear back.

In January, Gogolin received another bill. This time it included a notice that the bill was past due, leaving Gogolin worried about her credit. She says she called back, and this time a woman in the billing department said the COVID-19 test was free, but the bill was for the doctor who gave her the test.

Though the hospital cannot speak specifically to Gogolin's situation, a spokesperson provided some background on when a patient might receive a bill. Virginia Mason Franciscan Health says patients may visit a facility and receive a COVID-19 test, as well as an evaluation for other symptoms being experienced.

"Patients may still receive a bill for the other services or treatment provided during the appointment," wrote Cary Evans, vice president for Communications and Government Affairs at Virginia Mason Franciscan Health. "Many factors impact billing, and patients are encouraged to check with their insurance providers directly to determine what is covered."

There is also the issue of drive-thru visits during the summer. Virginia Mason Franciscan Health says some prompt care clinics began offering drive-thru style outdoor visits in light of COVID-19 cases to help with social distancing. Though a patient may have received a COVID test at a drive-thru site, some patients were also seen by a provider for a visit. Ultimately, the doctors involved and the symptoms experienced seem to be the reason behind the billing.

Yet, state agencies are investigating these types of incidents.

Washington's insurance commissioner makes clear that there shouldn't be a bill for a medically necessary test. In fact the office says under the CARES Act, all health insurers must pay for medically necessary COVID-19 testing. The provider decides this, not the insurer. There should be no co-pay or deductible for the test and associated visit. The insurer must also pay for the testing whether the provider is in your plan's network or not. And, they cannot balance bill you.

The only time insurers are not required to pay for COVID tests is when they are required for work or travel.

"Bottom line: [Gogolin] should file a complaint with our office," wrote Steve Valandra, deputy commissioner for Public Affairs and tribal liaison for the Office of the Insurance Commissioner. "If the plan didn't pay, then that might be why CHI charged the person, and we could try to remedy that."

Gogolin says she received a notice from the Attorney General's consumer protection division saying her complaint was reviewed and had been determined to be appropriate for informal complaint resolution services and could take four to six weeks to complete.

Even if there is an individual remedy for Gogolin, there must surely be more people in her position, she says. Though she paid the bill, she is still fighting it nearly eight months later. She wonders about the mom and baby who sat beside her in the next car during that July day.

"I know a lot of people who've had kids in daycare, and they've had to take multiple tests this whole time. It could add up really fast for people."

Click here to file a complaint with the insurance Commissioner's Office.

Click here to file a complaint with the Attorney General's Office.