There are now so many cases that health officials are looking at having to redraw their graphs and charts because the numbers no longer fit. 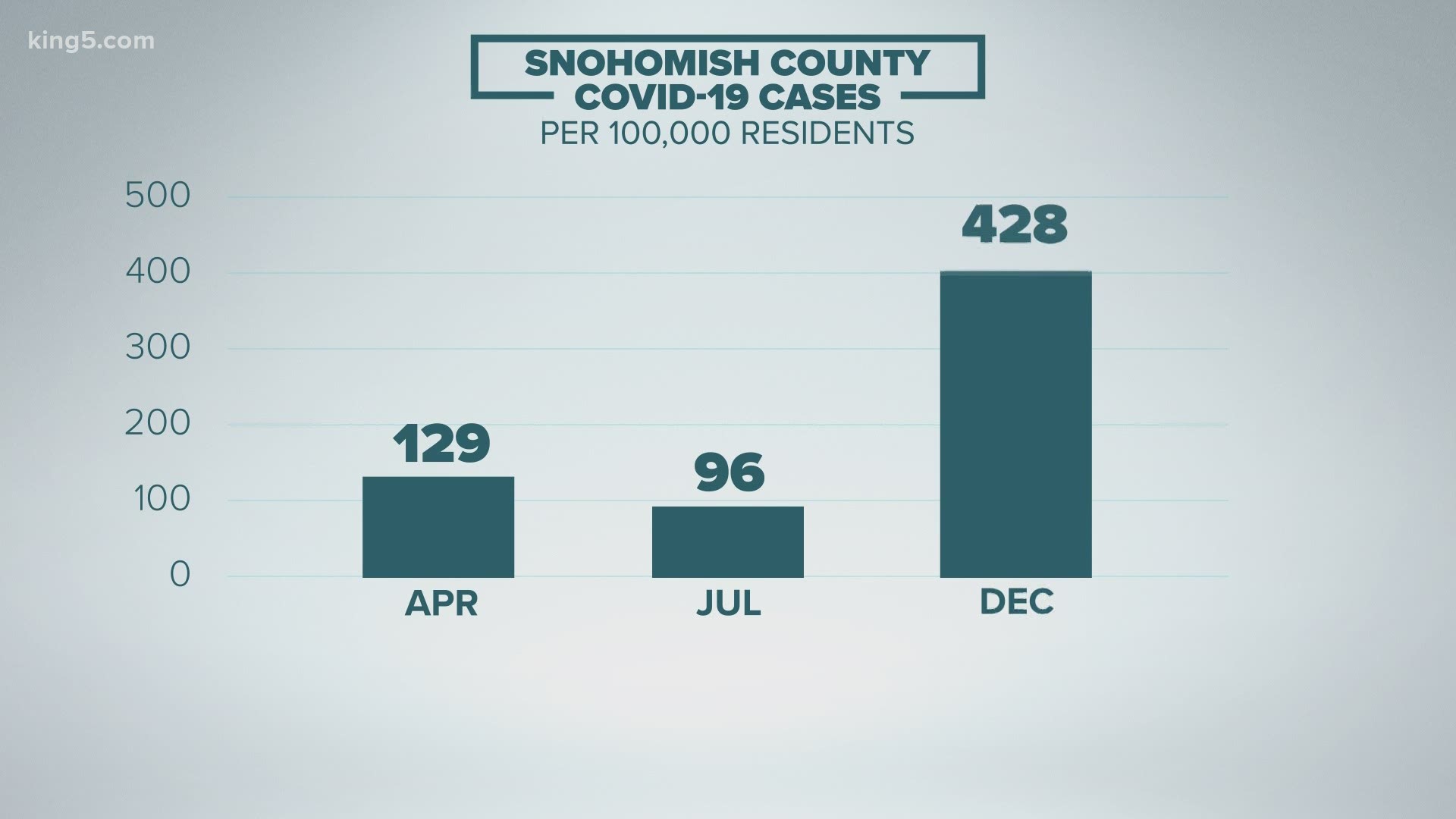 EVERETT, Wash. — Worried people showed up in persistent rain to be tested for coronavirus as the reality of a dark winter sets in across western Washington.

"It's severe," said Dr. Chris Spitters, the Snohomish County Health Officer. "The numbers speak for themselves."

The numbers are staggering. During the spring peak in April, Snohomish County saw 129 cases per 100,000 people.

That number dropped to 96 during the summer surge in July.

It's now up to an astonishing 428 cases, which is nearly 20 times the level considered safe.

There are now so many cases that health officials are looking at having to redraw their graphs and charts because the numbers no longer fit.

People ages 20 to 49 make up most new cases and Somers said ICU beds are reaching capacity at about 90% full with so much uncertainty still ahead.

"The coming weeks, with what we expect to see potentially from Thanksgiving and Christmas and New Year's, I'm very concerned it's going to swamp the system and really difficult choices are going to have to be made with health care," said Somers.

Next week is when health officials believe they'll have a better grasp on how extensive the virus spread over the Thanksgiving holiday.

According to health officials, 52 deaths have been reported in the past four weeks, 93 people remain hospitalized and 14 are on ventilators.

There are currently about 500 cases in long-term care facilities, including 170 at the Josephine Caring Center in Stanwood alone, where 15 people have died.

But there is a bright spot in all of this: Emergency Management officials have been working on a mock vaccine distribution exercise.

A package containing a faux vaccine was delivered from the federal government "within 24 hours" to Snohomish County.

Because the vaccine must be stored well below zero and many providers will not have the proper refrigeration, the medicine is packed in dry ice that will only last for 10 days.

When a vaccine does arrive, toward the end of this month, Spitters believes we will be ready.

"There's a lot of work ahead, but I want to assure you we're in pretty good shape here in Snohomish County," he said.