At least 150 people have tested positive for COVID-19 at Tacoma’s Northwest ICE Processing Center since June. 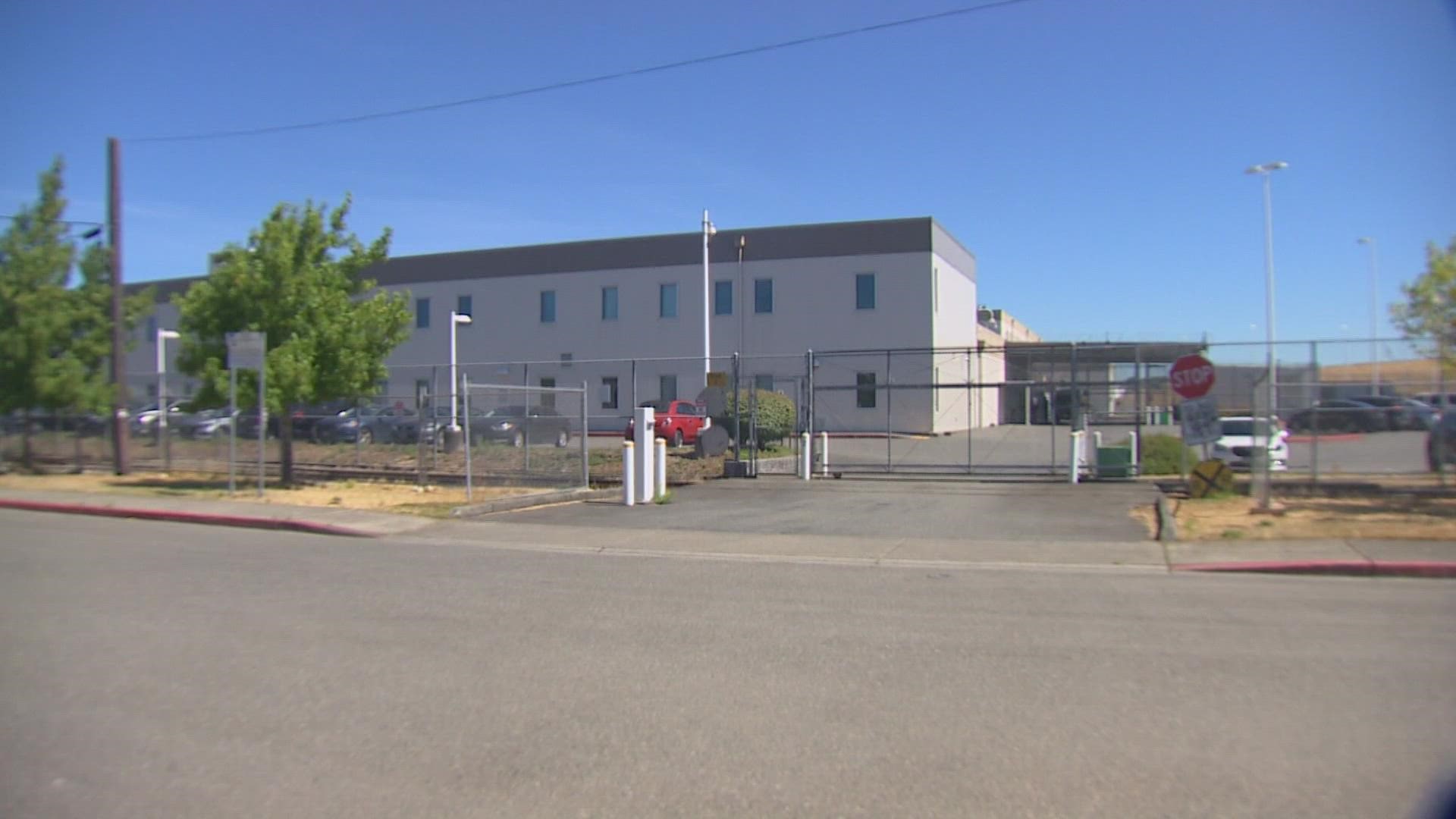 TACOMA, Wash. — An outbreak of COVID-19 cases that started in June at a facility for detained immigrants in Tacoma has gotten worse.

A document submitted to federal court by the U.S. Attorney’s Office for Western Washington says the surge came as the federal government transferred nearly 1,100 immigrants to the Northwest ICE Processing Center in Tacoma in an attempt to relieve overcrowding at holding facilities at the southern border.

At least 150 people have tested positive for COVID-19 at the facility since June.

Advocacy groups like the Northwest Immigrant Rights Project have accused ICE of not following proper protocols, such as not testing migrants prior to being transferred, and having people in close quarters while they’re being brought to Tacoma.

“Unfortunately, given the delta variant, we have to continue taking precautions and as to these transfers that’re happening from the southern border, those types of precautions, unfortunately in our view, aren’t happening right now, and they need to be to keep folks safe,” said Aaron Korthuis, a lawyer with the Northwest Immigrant Rights Project.

Maru Villalpando, an organizer for La Resistencia, has been reaching out to the people inside the facility hoping to help, and she said she's disturbed by what she’s heard.

“We keep getting notices almost daily about people with COVID here in the detention center,” Villalpando told KING 5 outside of the facility.

But finding out what’s been going on inside has been a challenge for Villalpando.

Even Carlos Alfredo, who was brought to Tacoma from Texas and held in the detention facility for three weeks, wasn’t aware of the full extent of the danger he was in.

“Nobody tells us anything,” Alfredo said. “They don’t tell us anything, you don’t know anything about your case, your hearing date, we don’t know anything until the day it actually happens. I was able to see through the window in the cell when people were being tested, and when they came back with PPE and took them out of the cell, that’s how I knew they were positive with COVID.”

As the coronavirus continues to change, Villalpando said facilities like the one in Tacoma are only adding to the problem.

“Being in there is dangerous. It’s always been a dangerous place. People are not safe under ICE custody,” Villalpando claimed.

The government says in legal documents its protocols “may not follow the ideal scenario” outlined by the Centers for Disease Control and Prevention (CDC) but contends it meets the federal health agency’s recommendations.

In a statement to KING 5, ICE stated that because some of their facilities have seen an increase in the number of migrants being transferred from their border facilities, there has been an apparent rise in COVID-19 cases among the new arrivals.

The statement continued, saying ICE has worked to tailor conditions across its network to maintain safe and secure environments for detainees and staff, and has adhered to CDC guidelines about COVID prevention since the beginning of the pandemic.