Divorce in the time of COVID-19: Experts say pandemic could drive relationship breakups

“People are more on edge, they’re more likely to be aggressive or to act out and that’s within the walls of the home or outside,” said psychologist Kira Mauseth. 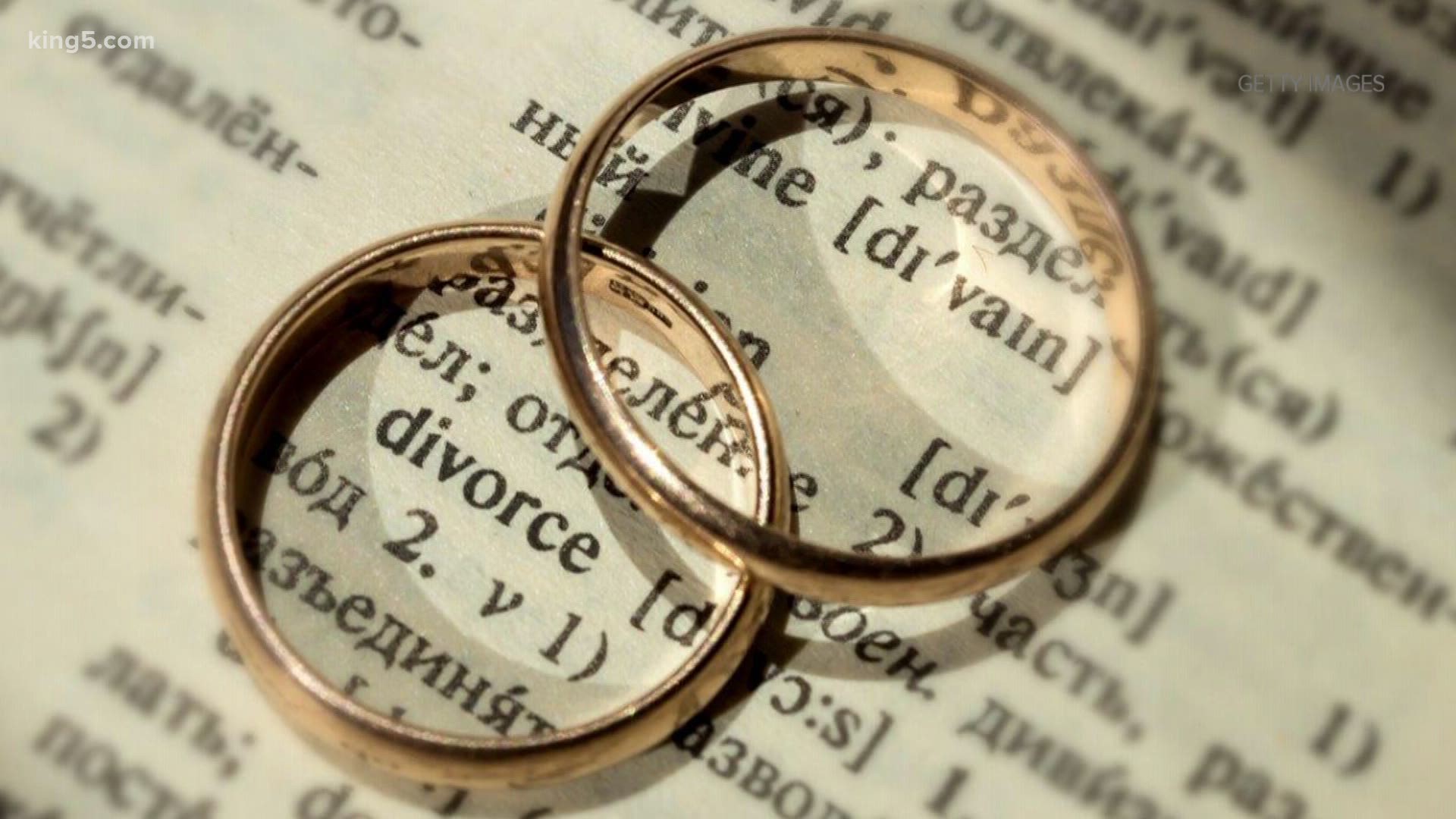 FEDERAL WAY, Wash. —  All the time spent at home in the COVID-19 world, could be bringing families closer, but it could also be doing the opposite.

So how exactly is this affecting relationships?

Well, the manager of a mattress store in Federal Way says a large number of people buying mattresses right now are people getting divorced or separating from their partners.

“When the shutdown happened I thought boy, relationships that were having problems then are really going to be on the rocks,” said Darci Teesdale, the Manager of Mattress Depot in Federal Way.

Teesdale started asking customers why they were choosing to purchase a mattress during the pandemic when so many people are struggling financially.

“About one in four customers that are coming in are experiencing a divorce, or a breakup, a separation, separate bedrooms,” she said.

And it’s not just Teesdale that noticed this trend.

“I haven’t been able to take on any new clients in several weeks,” said Marya Noyes. She is a Limited Licensed Legal Technician for Genesis Law Firm in Everett.

She helps low-income families that are going through divorce and says her firm is inundated with new divorce filings.

“People are dealing with a tremendous amount of stress, financial stress, career stress, all of the above and that stress sort of bleeds into other areas. So, whatever was underlying has now become the forefront,” Noyes said.

The pandemic and the stress associated with it, according to psychologists, are adding new pressure onto relationships.

“Because of the stay-at-home order and the quarantine and isolation you might have had previous problems that are now are now being focused on, because people can’t get out, they don’t have the escapes that they typically did before,” said psychologist Kira Mauseth with Snohomish Psychology Associates.

She is co-lead for the Behavior Health Strike Team for the Washington State Department of Health. They are studying the psychological effects of the pandemic.

“People are more on edge, they’re more likely to be aggressive or to act out and that’s within the walls of the home or outside,” Mauseth said.

Teesdale said this one of the unwanted outcomes the stay-home order had on struggling couples.

“It just hurts my heart to see that people are going through this and it’s unfortunate," she said.

RELATED: How to keep your marriage healthy amid COVID-19 crisis

RELATED: 3 things you can do today to manage stress and anxiety