University of Washington officials said, as of Thursday morning, 215 positive cases have been confirmed among 15 fraternities and sororities. 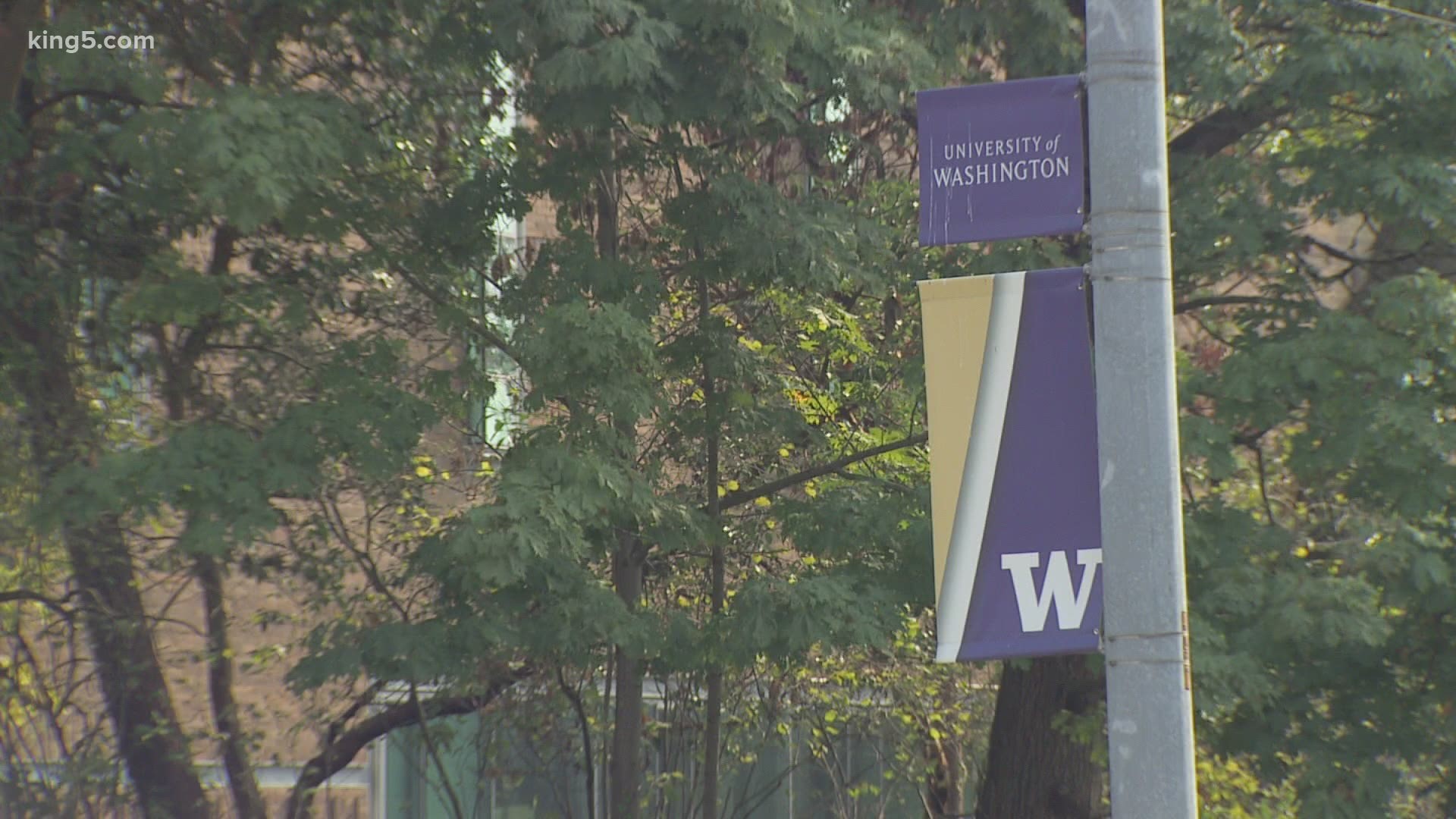 SEATTLE — More than 200 University of Washington students in over a dozen sororities and fraternities have tested positive for COVID-19.

This is the second significant outbreak on UW's Greek Row this year.

University spokesman Victor Balta said, as of Thursday morning, 215 positive cases were confirmed among 15 fraternities and sororities. That’s up from 179 cases as of Tuesday, and 131 cases last Friday.

University of Washington President Ana Mari Cauce is expected to address “challenges posed by the COVID-19 pandemic as well as the university’s role in supporting an equitable recovery and resilient communities” during her annual address Monday morning. The public can submit a question ahead of the annual president’s address by sending an email to presofuw@uw.edu.

During a press conference Thursday, Gov. Jay Inslee addressed the ongoing outbreak on UW's Greek row, saying he is "concerned."

"We are so concerned by the sororities and fraternities, quite frankly, that are putting us all at risk," said Inslee. He also said the state is looking to see more leadership from the Greek community.

"They've got to step up and take responsibility for this. There will be consequences if we don't get that leadership because this is too deadly to ignore," said Inslee. 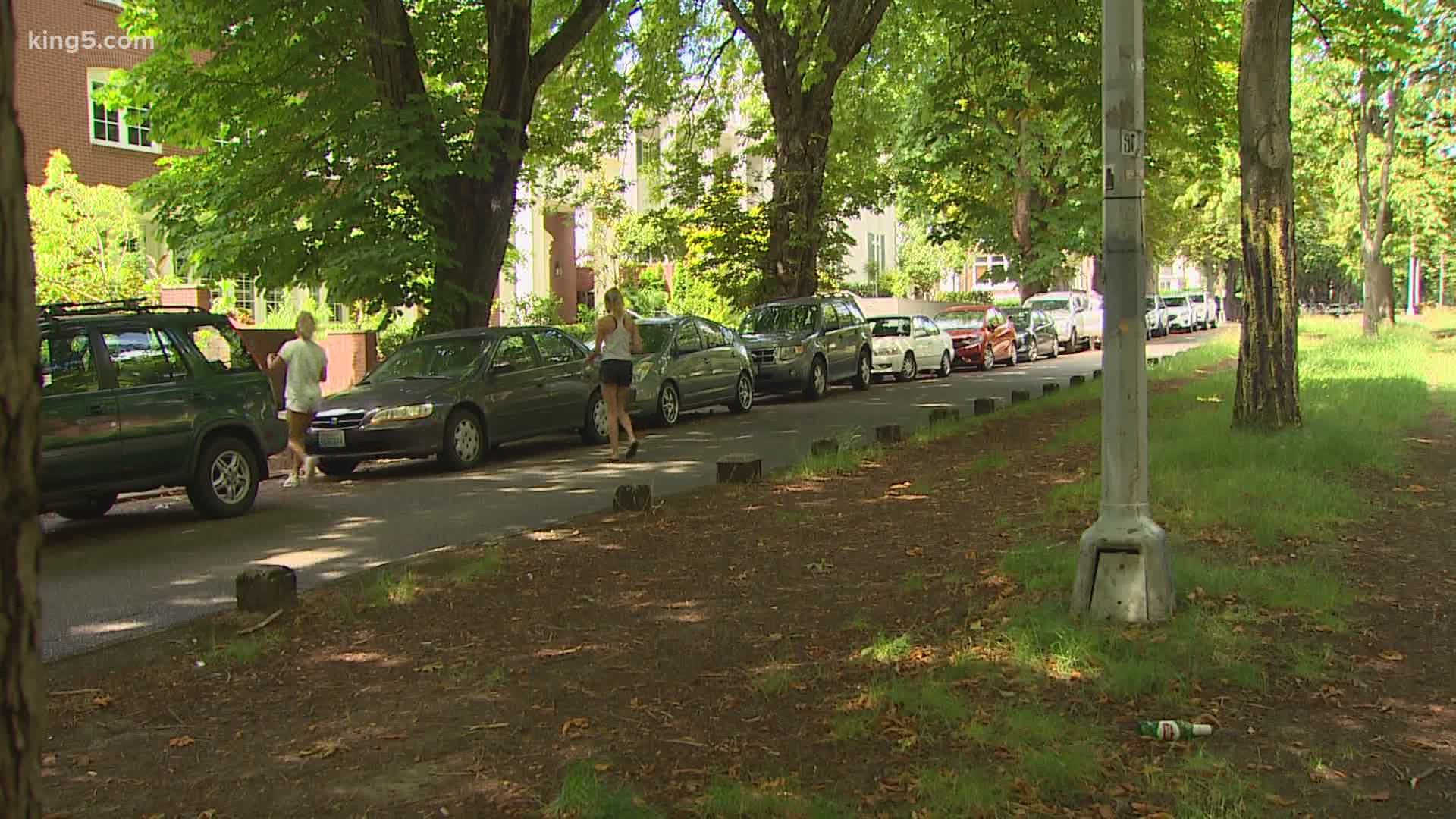 Students who have tested positive or have COVID-like symptoms are being told to isolate in their current place of residence, according to the university.

The university is not aware of any students who have been hospitalized or reported severe symptoms of the virus.

As a result of the outbreak, University officials have been warning students there could be consequences if they choose to ignore COVID-19 safety precautions.

In the letter on Wednesday, Vice President for Student Life Denzil Suite urged students to limit gatherings to a maximum of five masked, socially distanced people per week, even if they live in the same house or residence.

Another letter - sent to chapter presidents of residential-based fraternities and sororities, advisors, house corporation presidents, the Interfraternity Council, and the Panhellenic Association - warned of action that could be taken should students or groups of students continue to fail to comply with university and public health guidance for disease control measures.

The university said action against students or groups includes:

Suite reminded students that the university “offers and strongly encourages” COVID-19 testing through the Husky Coronavirus Testing program. Suite stressed that reporting positive cases and contact tracing is “critical to stemming the spread of COVID-19,” adding that university officials would not use contact tracing information to discipline students.

Over the summer, a separate outbreak in UW's Greek community was identified and contained with a total of 154 positive cases identified over the course of about a month. 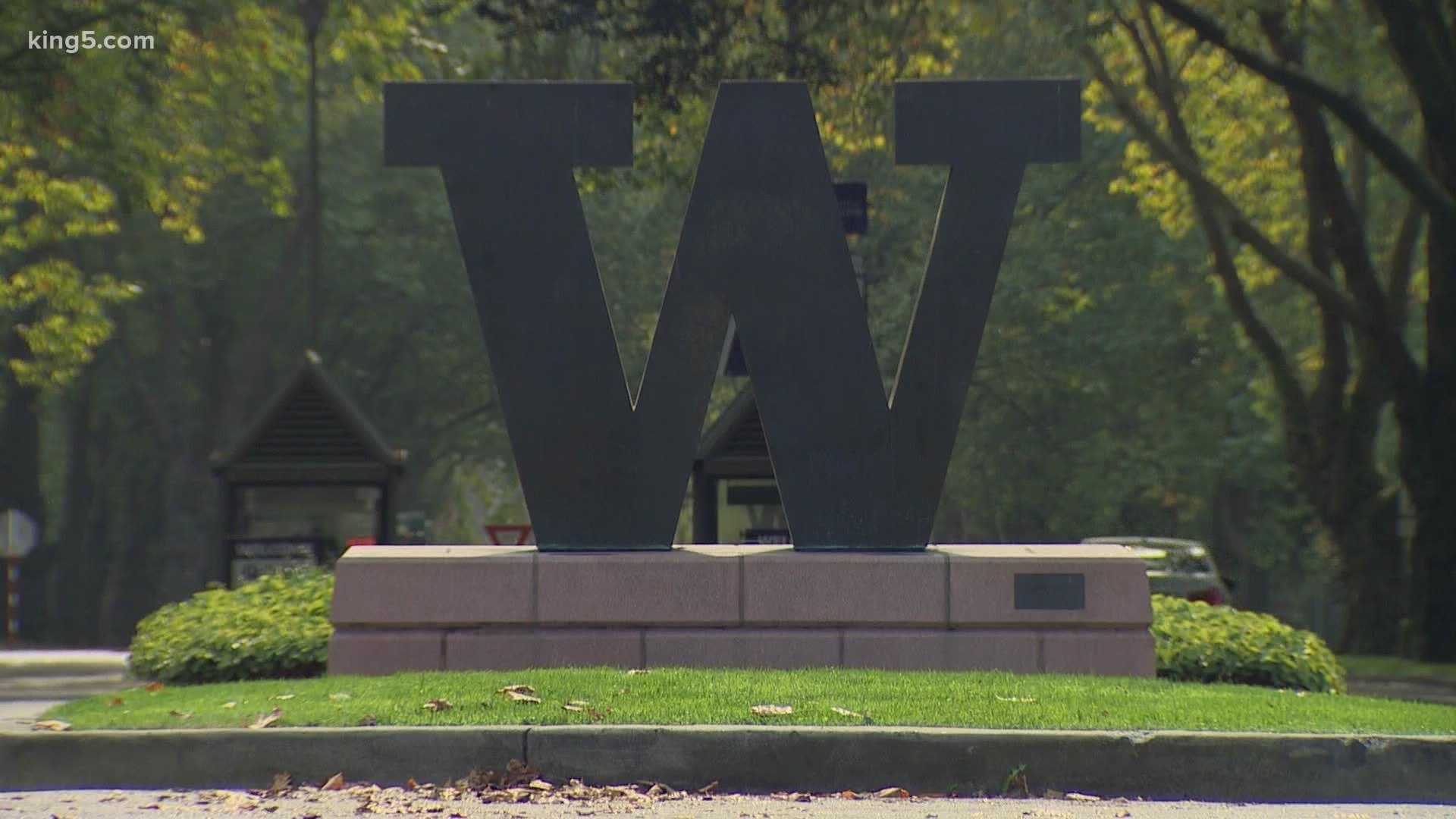