Could the US-Canada border reopen in some capacity on June 22?

The border has been closed to non-essential travel since March of 2020. Both US and Canadian governments agreed to continue the closure through June 21. 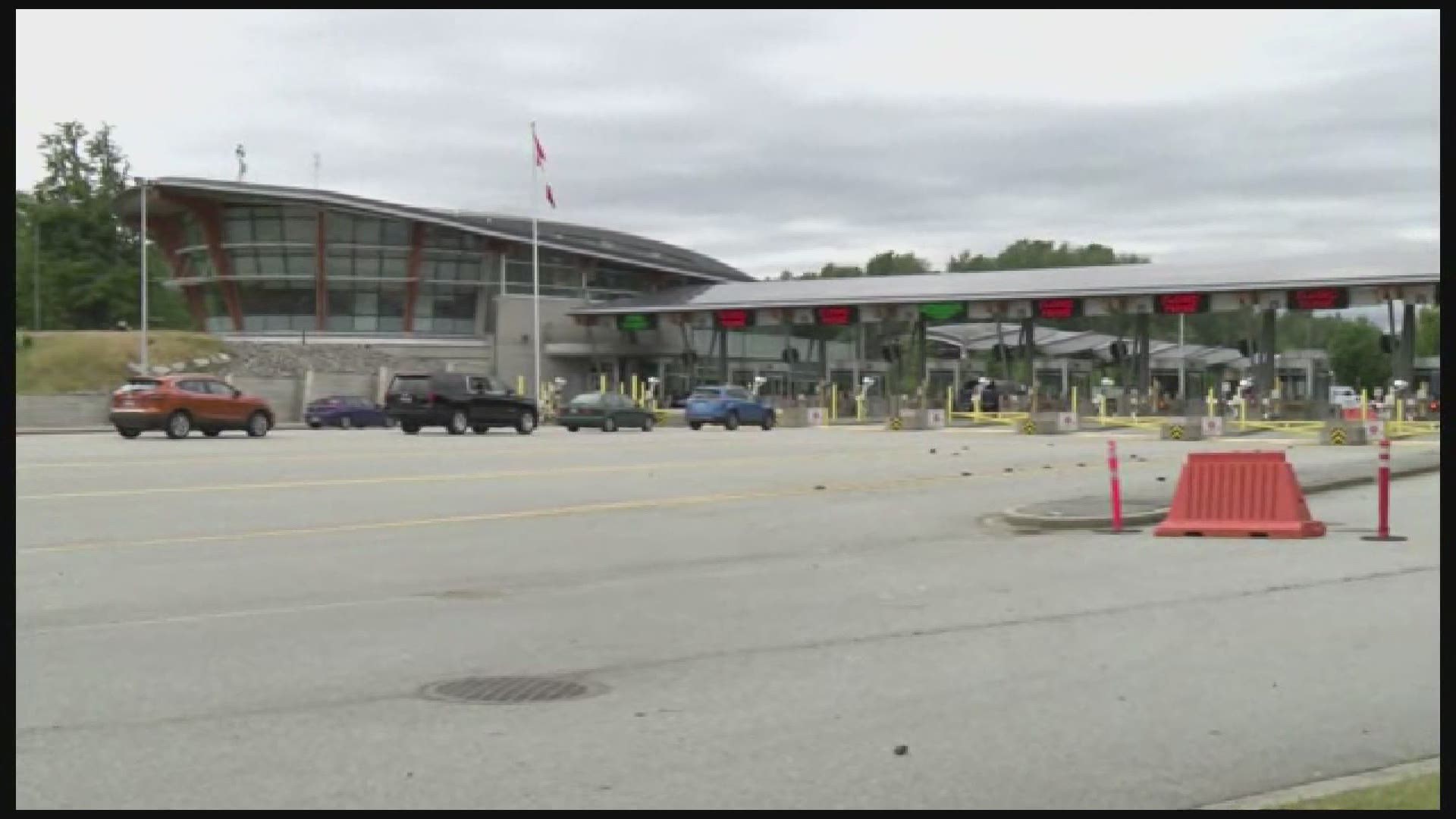 Reopening the United States-Canada border is going to take collaboration.

"We have to get Ottawa and Washington DC to get a collaborative plan to reopen the border," said Mark Morrison, who heads the Seattle-based Pacific Northwest Economic Region, a bi-national non-partisan group of business and elected leaders in five states, three provinces, and two Canadian territories.

Morrison co-wrote an open letter this week encouraging elected leaders on both sides to reopen the border.

"I think people who are vaccinated or prove they have antibodies should be free to travel," he said Wednesday, adding that several tourism-related businesses are on the verge of failure without a summer season involving US and Canadian travelers.

The border has been closed to non-essential travel since March of 2020. Both US and Canadian governments agreed to continue the closure through June 21.

However, there seems to be some momentum for a change in policy.  Health officials in New Brunswick signaled they are ready to open the border with Maine on July 1.  Alaska, Montana, and North Dakota have partnered on border vaccine clinics. The BC business community is also pushing for Prime Minister Justin Trudeau to make policy change.

"I think the US and Canada are headed in slightly different directions," said Dr. Laurie Trautman, the director of the Border Policy Research Institute at Western Washington University.

Trautman says Canadians could use vaccination records as a form of entry.

"Canada is exploring that. I think they're getting pretty close to likely implementing a situation where I, as an American traveler, can upload my vaccine status through their ArriveCAN platform, which is an app that's currently used for all entries into Canada."

Yet, she says there is also a scenario where the Americans open the border for Canadians on June 22, but there isn't a reciprocal policy, which could deter travelers from coming south if they also have to quarantine upon return.

"If I had to bet, I would think that the US is likely to move sooner than Canada," Trautman said.