How coronavirus is impacting our daily lives in western Washington

From less traffic to longer lines at grocery stores and more TV, the coronavirus pandemic is affecting several aspects of our daily life. 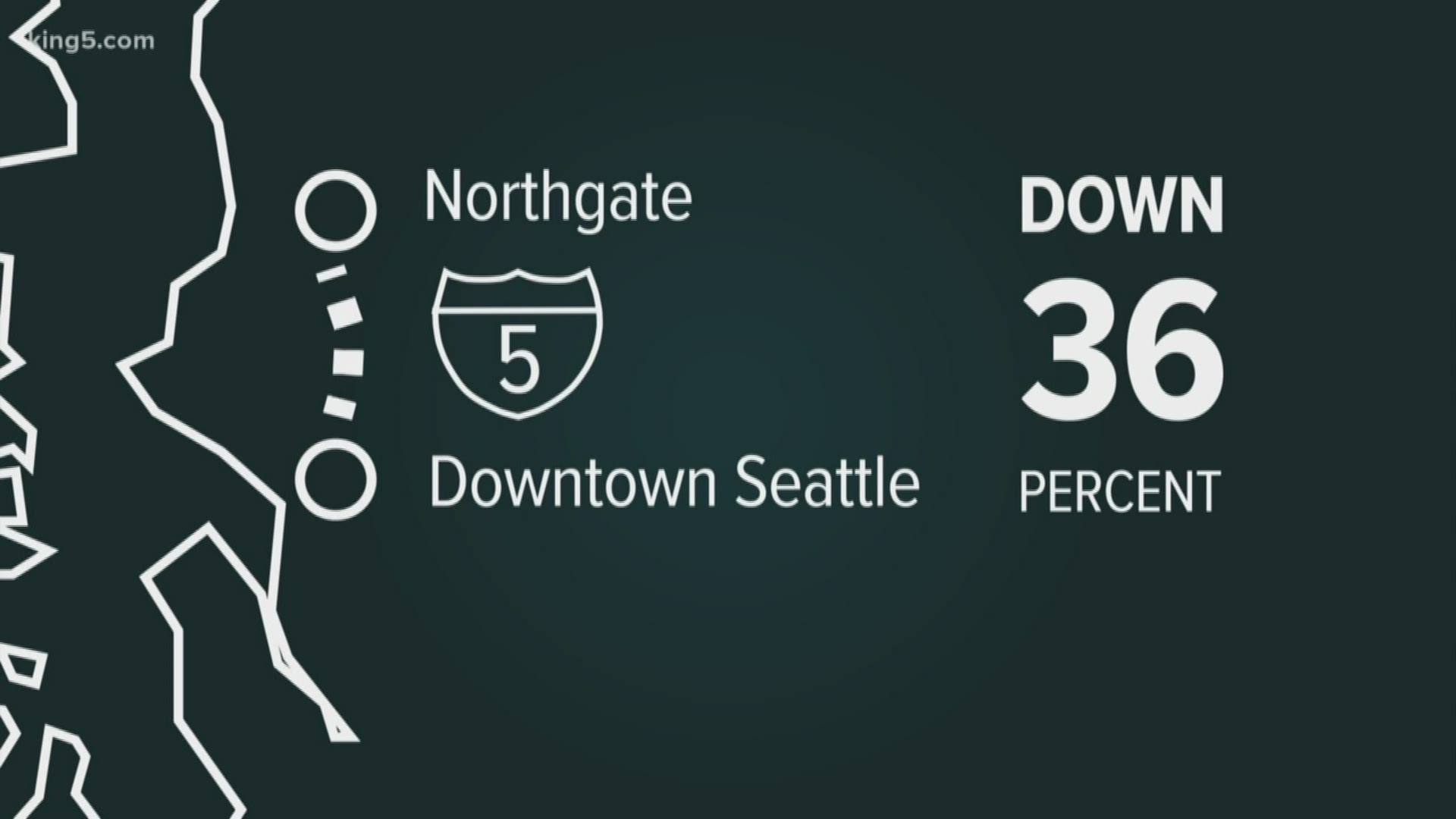 SEATTLE — Did you get stuck in traffic today? Me neither. The coronavirus pandemic in Washington state has impacted almost everything from traffic to our jobs, lines at the grocery stores, and even what we're binge-watching.

With Gov. Jay Inslee's "Stay Home, Stay Healthy" order in place, many people are doing just that and it shows.

According to the Washington State Department of Transportation, traffic on southbound Interstate 5 heading into Seattle dropped 36% last week.

Washington State Ferries says its ridership is also down a whopping 40% amid the coronavirus outbreak. It's so slow, they're staying on a winter schedule until at least late April.

And how about those empty grocery store shelves? The stores are working on restocking inventory as quickly as possible.

Kroger, which owns QFC and Fred Meyer, says they've had to increase shipping capacity by 50% to meet the demand.

As far as delivery goes, Amazon hasn't released exact data, but a spokesperson talking to the Washington Post compared the last few weeks to Cyber Monday when the company totaled more than $9 billion in sales.

So during the stay-at-home order, what are you doing at home? Probably watching a good amount of TV, right?

Companies like Netflix haven't released streaming data but the big ones all say they are "throttling data," which means it's slightly lower quality to make sure they can meet the demand.

So, we can't say exactly how much more binge-watching is happening, but it's fair to say it's a lot.

The virtual tours were up 326% as of last Friday, according to Zillow.

So, whatever you're doing to keep yourself busy while staying healthy at home, keep it up.