There will be beef, but the selection might look different as processing plants reduce capacity. 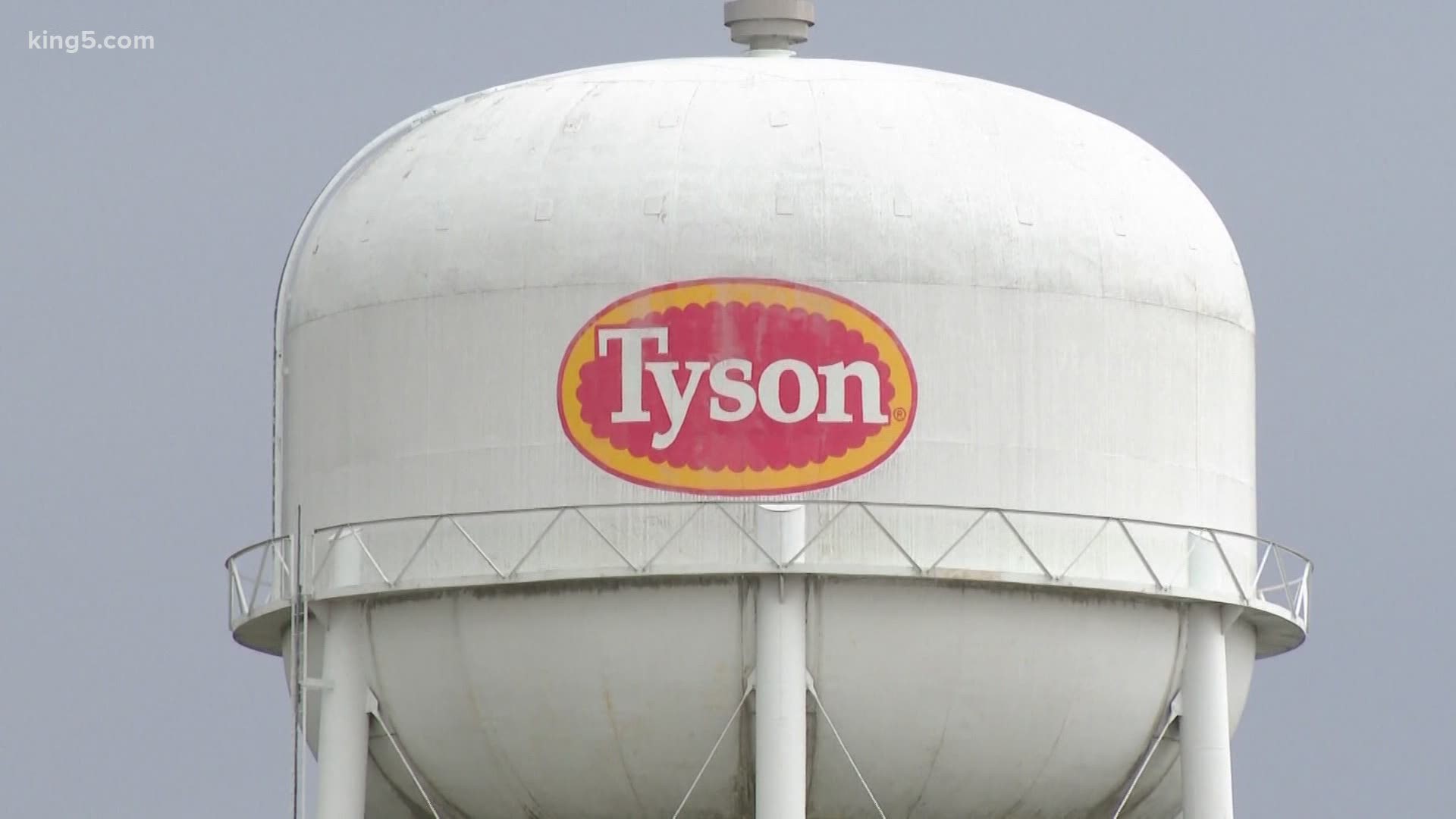 With shutdowns and slowdowns at Washington beef processing plants, experts say expect some supply chain disruption – but not necessarily shortages, yet.

J. Guadalupe Olivera Mendoza, a butcher at the Tyson plant, died April 20. He had been battling coronavirus, according to the Tri-City Herald.

The Tyson plant produces enough meat to feed 4 million people a day, according to the company.

It’s one of two major processing plants in the state, which both process for all of the Northwest, including Oregon, Idaho, Northern California, Montana and Washington, according to Patti Brumbach, executive director of the Washington State Beef Commission.

She said the other major plant, Washington Beef in Toppenish, is operating at reduced capacity as part of its coronavirus control measures.

Brumbach said consumers may soon notice changes at the grocery store because of these plant impacts.

“Consumers will likely see more spotty beef supply for a few weeks,” she said. “You may see more sparse shelves, but there will be beef to be had.”

She said expect a slimmer variety of cuts and more that are less labor intensive, for instance, roasts instead of trimmed steaks.

Meat produced in Washington is distributed both in and out of state, Brumbach said. The state operates at a "beef deficit" – it produces less than people living here consume.

Burmbach said she hopes the impact turns out to be short-term.

But if shutdowns and delays continues, other impacts will pile up for ranchers.

Camas Uebelacker owns the C & G Cattle Company in Adams County, where he raises about 12,000 head a year.

Friday, he showed KING 5 a large group of cattle that would be bound for the Tyson plant. He said with nowhere to take them, the financial hit starts to add up.

“Cattle, like any other commodity, are a perishable commodity,” he said. “They have a date they’re set to be harvested. They start getting too big, don’t gain as well, and efficiency goes out the window. Timeliness is best.”

He said he expects a delay of up to 45 days for processing, which is a significant impact on his business.

Taking cattle to another plant is not an option, because of distance and capacity.

“To read about all these plants across the U.S. shutting down, it’s pretty unprecedented,” he said. “Not the norm.”

Still, he’s glad to see the plant taking measures to protect workers. Workers will be paid during the closure, Tyson said.

The company says this means more time between shifts to distance workers, outdoor tents as break rooms, as well as increasing space between people on the work floor and installing workstation dividers.

“We’ve taken both of our responsibilities to continue feeding the nation and keeping our team members safe and healthy seriously,” Steve Stouffer, group president of Tyson Fresh Meats, said in a prepared statement.

He said the company has had a coronavirus task force since January, and adopted measures to protect workers that have at time gone beyond federal guidelines.

“Despite these efforts, the combination of worker absenteeism, COVID-19 case and community concerns has resulted in a collective decision to close and test all team members.”

Tyson has not said when the Pasco plant will reopen, and told KING 5 Friday the company would not release the results of the employee testing.