Dr. Ming Lin, an ER doctor in Bellingham, claims he was fired for criticizing what he saw as a sluggish response to coronavirus by the hospital's administration. 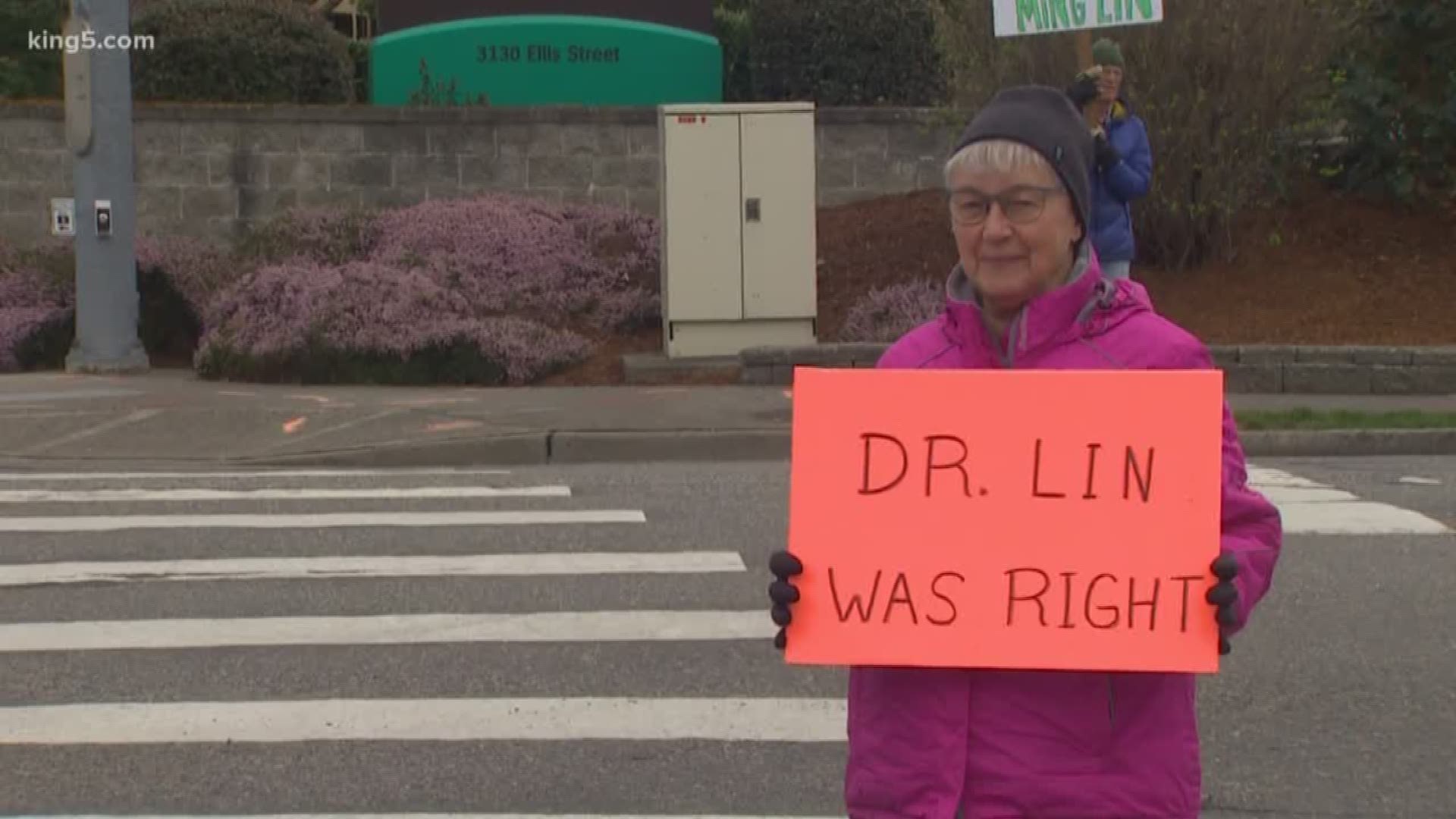 BELLINGHAM, Wash — An emergency room doctor who publicly criticized the coronavirus preparations at his hospital in Washington state has lost his position.

Dr. Ming Lin, an ER doctor at PeaceHealth St. Joseph Medical Center in Bellingham, confirmed his firing in a message to The Associated Press on Friday night, though the health care staffing company for the hospital denied it fired him and said it would try to find another location for him to work.

On Facebook and in media interviews Lin has repeatedly criticized what he saw as a sluggish response by the hospital's administration.

The Washington State Nurses Association released a statement Saturday saying they are "appalled" by the hospital administration's response to the very "real concerns" raised by Dr. Lin and other caregivers at PeaceHealth St. Joseph Medical Center.

"Our members on the frontlines at PeaceHealth St. Joseph Medical Center in Bellingham report that they have run out of proper gowns to care for suspected and positive COVID-19 patients, are being directed to re-use and share Personal Protective Equipment (PPE) without proper cleaning per manufacturer guidelines, are being given one surgical mask per day and being told to keep it in a paper bag between patients, and other unsafe measures," read the Association's statement in part.

A WSNA spokesperson said the group has filed a complaint with the Washington State Department of Labor and Industries Division of Occupational Safety and Health over what they believe is the hospital's "failure to provide a safe work environment."

So far, PeaceHealth St. Joseph Medical Center has not issued a statement or response about Dr. Lin's job status.