Hundreds of people gathered to hear Pastor Greg Locke's message on Wednesday night as he speaks at The House Ministry Center in Snohomish. 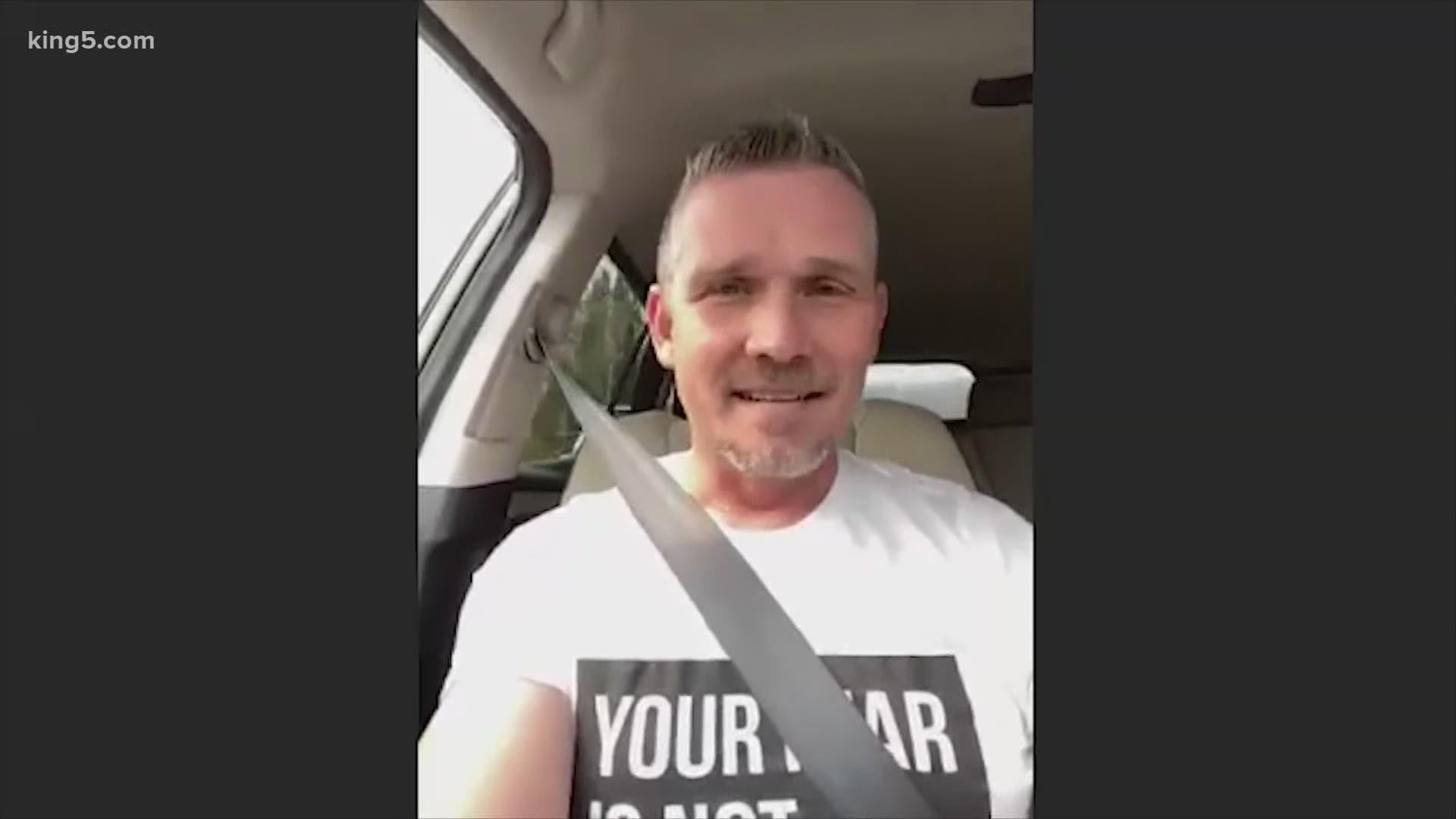 SNOHOMISH, Wash. — Pastor Greg Locke from Tennessee spoke to hundreds of people in Snohomish Wednesday night. He has amassed about 2 million Facebook followers for his unrepentant defiance of government mandates and church closures as coronavirus spreads across the country.

"We're not closing the doors of our churches over a pandemic. We're not gonna social distance. We're not gonna have half-size auditoriums and make people wear masks. This isn't Haiti. This isn't Iraq. This is the United States of America," Locke preached in one Facebook video, titled "OPEN UP THE CHURCHES ANS STOP BEING COWARDS."

Hundreds of people gathered for his message Wednesday night as he speaks at The House Ministry Center in Snohomish, where local pastor D.J. Rabe said he may have to open up overflow seating.

Those in attendance were not be required to wear masks or social distance, as required by state mandate.

The event caught the attention of local health officials who said their calls and emails to the church have not been returned, but they're encouraging the congregation to follow state guidelines for church gatherings.

The concern is that as the pastor spreads his version of the Gospel, his followers could also be spreading coronavirus, which has killed nearly 200,000 Americans so far.

"This is not a health emergency in the state of Washington," said Rabe. "Look at the numbers. There are 7.5 million people in Washington and we've had 2,100 deaths."

Health officials credit mask-wearing, social distancing and the statewide lock-down with drastically reducing the number of deaths in Washington.

On his way to Snohomish from Sea-Tac Airport, Locke said mask-wearing is more an issue of getting citizens to "comply" rather than to be safe.

On Wednesday, the director of the CDC testified to the United States Senate that wearing a mask is more likely to protect people from coronavirus than a vaccine.

While the pastor doubts the science, he believes in the church's power to protect, saying his congregations haven't seen a single case of COVID-19.

"To me, it's not a responsibility issue. To me, we're gonna be the church. We've always been the church. The Bible commands that we gather. I'm not gonna tell people you can't shake hands or you can't hug," said Locke.

When asked what responsibility he should bear if someone were to get sick or die from coronavirus at the Snohomish service, Locke replied, "That won't be on me. I can't control COVID one way or the other."

The Snohomish County Sheriff's office is aware of the event. Sheriff Adam Fortney has said in the past he will not enforce the governor's COVID-19 mandates.