A new report filed by the CDC charges that the coronavirus response has inconsistent messaging which has spread "misinformation, myths and uncertainty."

LITTLE ROCK, Arkansas — A group of CDC investigators have filed a report on Arkansas's coronavirus response which finds fault with the state's "inconsistent messages from authorities, changing guidance and the reopening of the state" and the impact it has had on people of color, according to a recent report by Politico.

Investigators from the CDC reportedly were in northwest Arkansas to study why people in the Latinx and Marshallese communities are being disproportionately affected by COVID-19.

"Their report alludes to a host of state and federal government failures to protect vulnerable communities of color, and makes several recommendations that the state epidemiologist said will be impossible to implement without more federal support — such as notifying people of positive test results in 24 hours, testing certain at-risk groups every week, hiring more bilingual contact tracers and hammering home messages about the dangers of gathering in groups and not wearing masks," the Politico article stated.

Although the Latinx communities in Benton and Washington counties make up roughly 17% of the population, they account for 45% of reported cases.

RELATED: What is contact tracing, and how does it work with COVID-19?

The CDC investigators say the communities credit inconsistent messaging from officials for "misinformation, myths and uncertainty about all aspects of prevent, testing and treatment."

A report filed by the team suggests that Arkansas government pay workers to stay home, but Dr. Jennifer Dillaha reportedly told Politico report Alice Miranda Ollstein that "the state does not have the resources to do this." Dillaha also reportedly said she's looking at partnering with local churches and non-governmental organizations to "better support families in quarantine."

The CDC report also reportedly said that business owners are concerned about customers not wearing masks but "felt that they couldn't enforce it."

In response to the report, Governor Asa Hutchinson called the Politico article "misleading" and that it was the focus group that expressed confusion. He said that feedback from the community is very important to hear.

Arkansas has seen 16,244 new cases since Hutchinson moved the state to Phase Two of reopening. That accounts for roughly 54% of the known cases in Arkansas.

You can read the full report here: 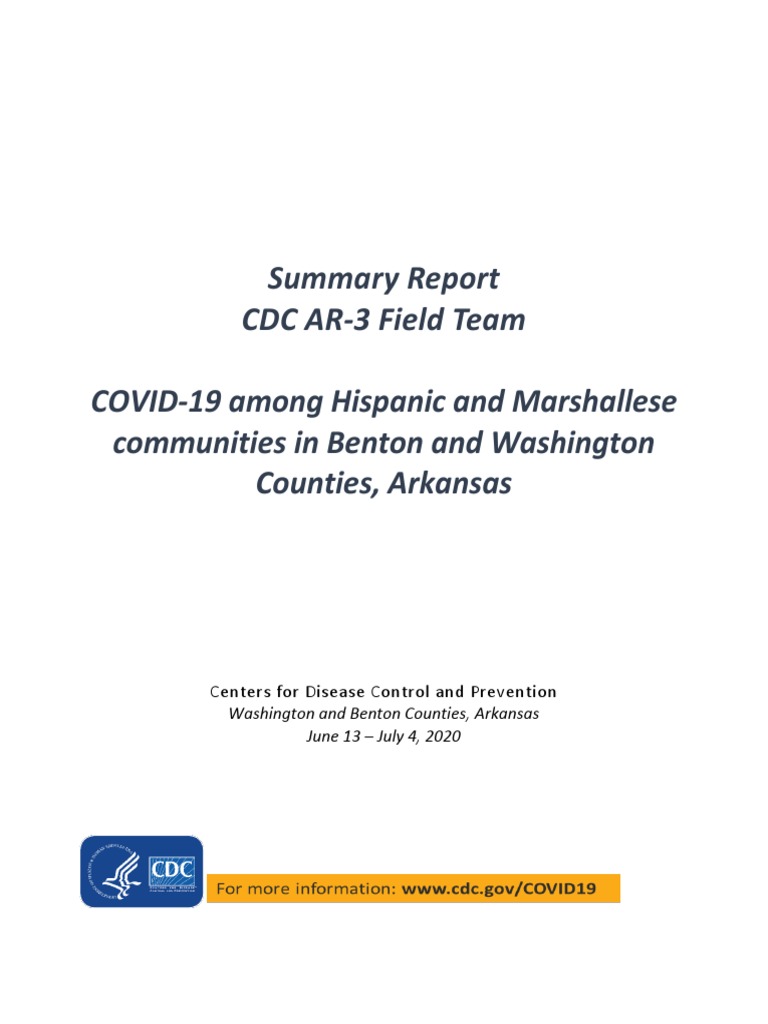 We've updated the article to include comments from Gov. Hutchinson.