Within 36 hours, a caravan of volunteers was organized to drive across the state and pick up crops that would have otherwise gone to waste. 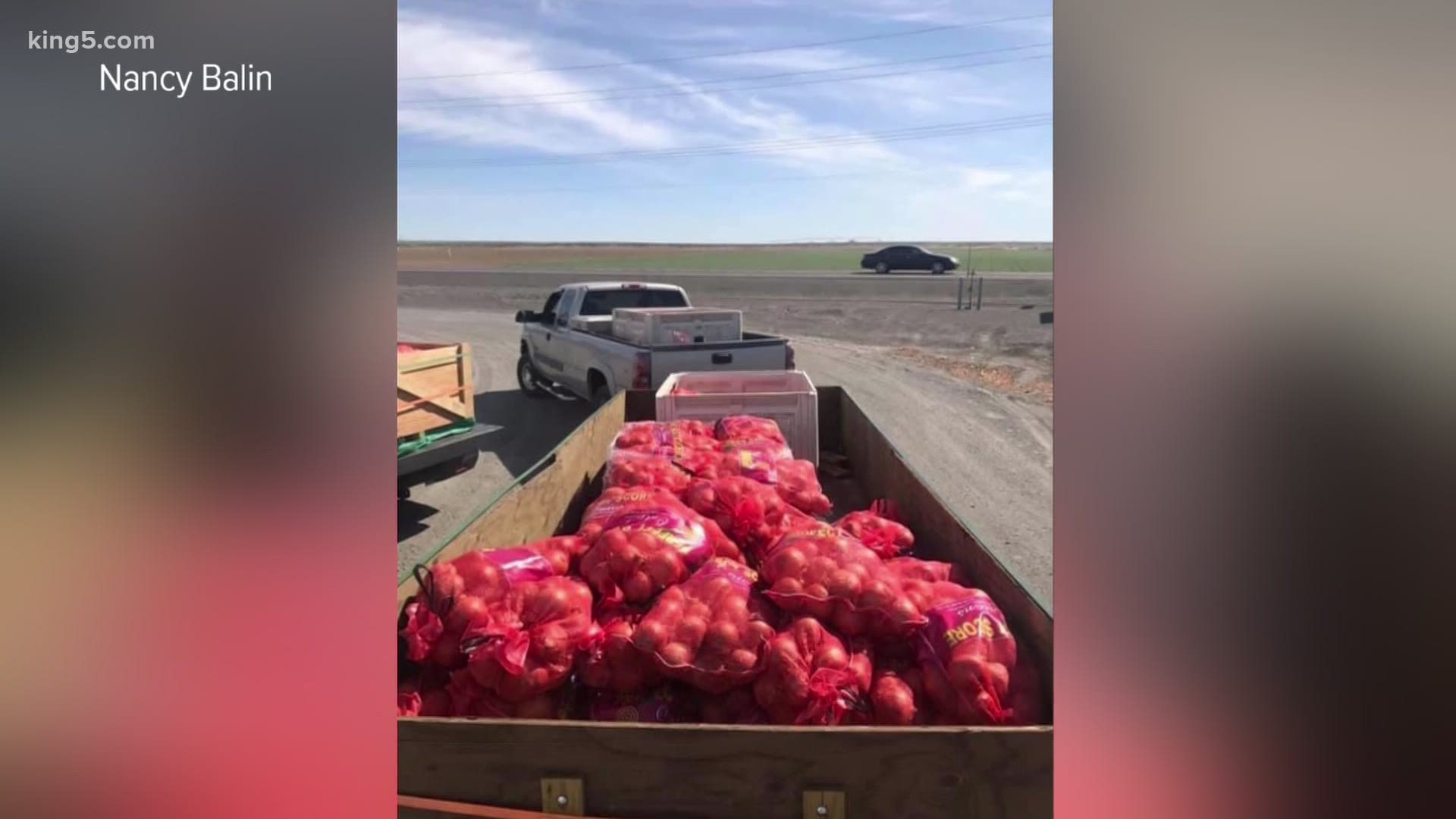 WOODINVILLE, Wash. — Farmers across the country are throwing away tens of thousands of pounds of produce as demand is down during the coronavirus pandemic.

A grassroots effort was formed in Woodinville to help keep that produce from going to waste in eastern Washington, while families in western Washington are in need.

“Times are tough and we’re trying to get through it,” said Austin Ochoa, Chief Operating Officer of Terra Gold Farms, in Othello.

As the coronavirus shut down restaurants, shops and processing plants across the country, farmers have a hard time moving product.

“There’s potatoes that are being plowed under right now, as we speak,” Ochoa said, “People are investing $2,000 to $2,500 an acre and they don’t want to have to invest any more into that crop not knowing if they have a home for those potatoes.”

Within 36 hours, she had organized a caravan of people to drive across the state and pick up the products that would have gone to waste.

“It’s the best feeling you can imagine to be making sure that these crops are not plowed under in eastern Washington, while people in western Washington are going hungry,” said Nancy Balin.

Then Farmer Frog, a non-profit in Woodinville, stepped in to take the donations.

“We had a little over 12,600 pounds of potatoes and 9,500 pounds of onions,” said Zsofia Pasztor, executive director of Farmer Frog.

They are now boxing, sorting and delivering the produce to families in need, and to food banks.

“We just had to make sure it’s getting distributed to all the folks who need it right now,” she said.

Though it’s hard to see that much crop go without a profit, Ochoa said they would do it again.

“It’s tough to be giving away free potatoes you know, in such quantity, but if it’s going to help out Americans and people in need that absolutely need them, then we were more than willing to do that,” Ochoa said.

“This is how we are going to keep the community alive. Everyone has something to bring to the table,” said Pasztor.

Target AG in Othello also donated 6,450 pounds of yellow and red onions, and Honda of Bellevue donated gas cards and provided a driver for the caravan.

If you or your family is in need, contact Farmer Frog for information.