With people following Washington's coronavirus closures, it is creating a crime of opportunity for thieves as cars sit idle for days. 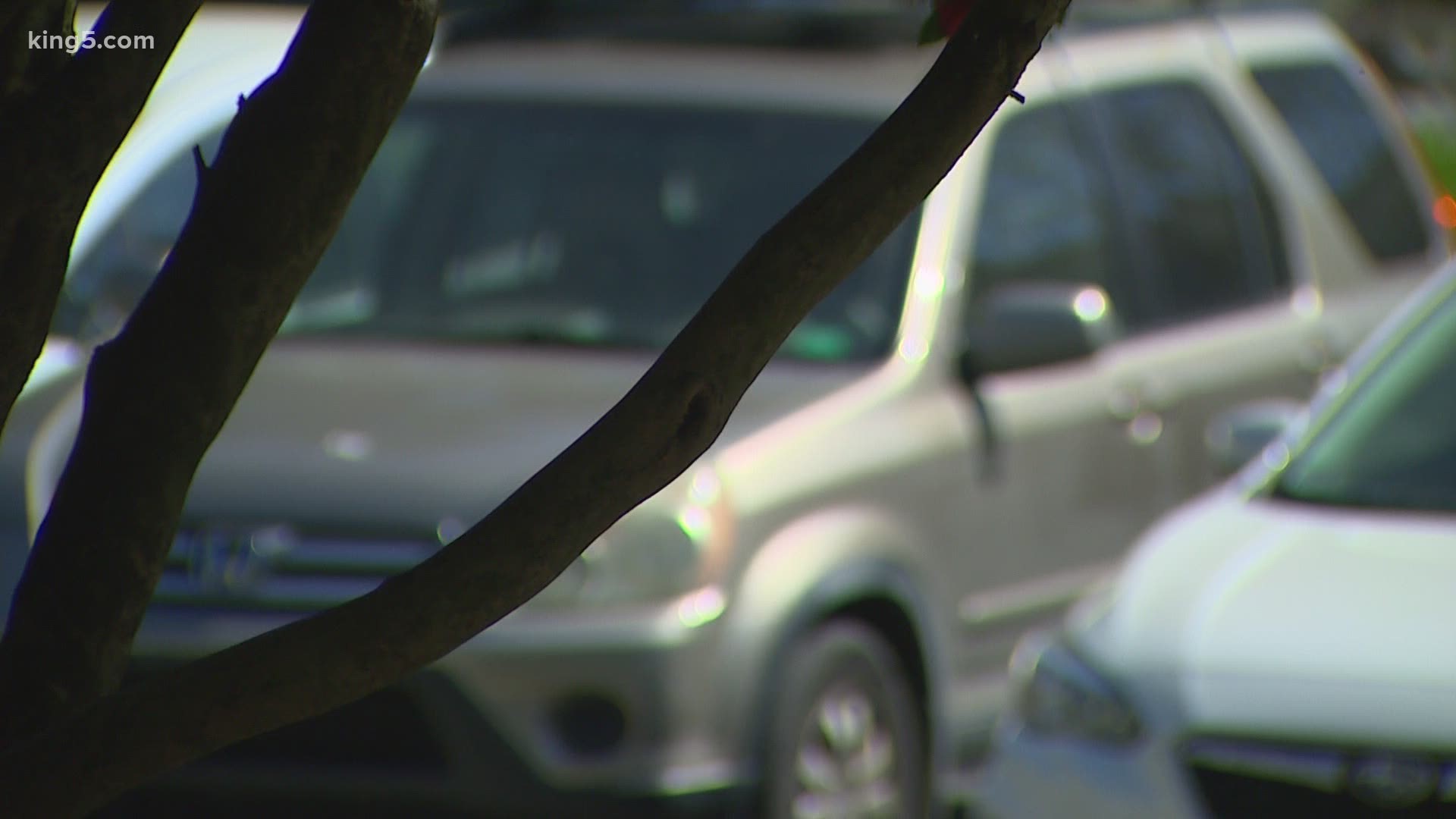 SEATTLE — While most Washington residents obey the state's stay-at-home order, police say car thieves are still out prowling the roads.

Law enforcement agencies around the region are providing their latest numbers on car thefts. In most cases, reported car thefts are at normal levels or slightly higher. Now Seattle police are reminding vehicle owners to check on their cars.

Not only are people staying home, but cities like Seattle suspended parking restrictions in many residential areas. Police say it may be days before a vehicle owner realizes their car is missing.

On April 9, detectives with Seattle Police Department's Major Crimes Task Force were conducting an operation, targeting an alleged prolific auto thief. Police ran the plate of the white Honda Civic the suspect was sitting in, and it did not come back as stolen.

Detectives tracked down a phone number and contacted the registered owner of the vehicle. The owner told police, as far as he knew, his vehicle was still at his Ballard home. Detectives asked him to check, and that's when he found his car had been stolen. Police arrested the suspect.

Over the last month, Seattle police have received 300 reports of auto thefts, that is up 24% compared to the 258 reports made over the same time period last year.

For Bellevue police, numbers are in the normal range. Car thefts and prowls are actually down slightly compared to previous years. However, Officer Seth Tyler says people should be extra vigilant because of the stay-at-home order.

"That creates a crime of opportunity for folks that steal cars because they now have cars that are not moving. They are not being touched by people that own them," said Tyler. "Also you might want to start that car, and let it run for five minutes so you don’t come back to a dead battery."