Boeing has lost 307 new plane orders during the first three months of 2020 as the coronavirus crisis trudges on. 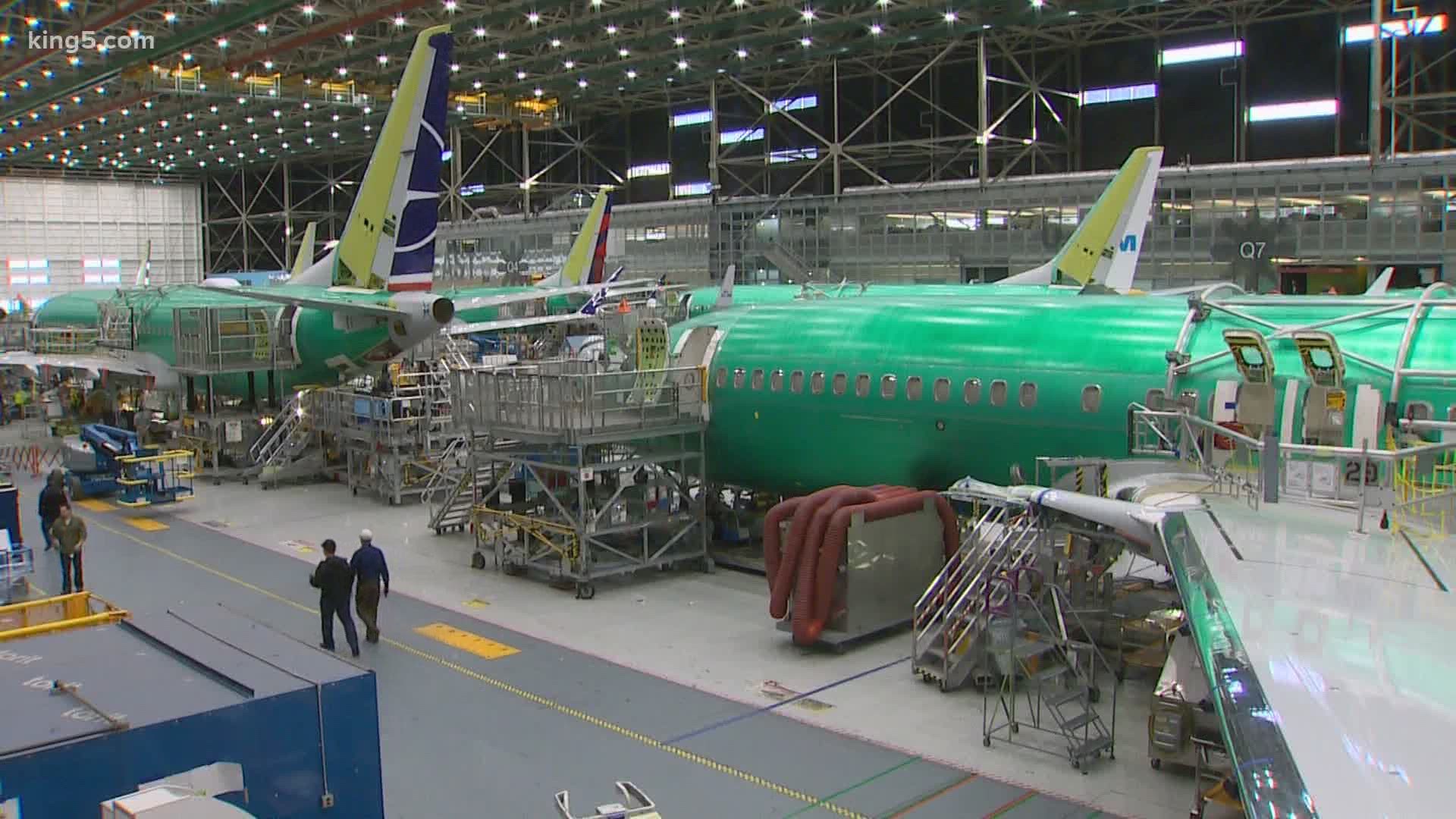 Boeing has lost 307 new plane orders during the first three months of 2020 as the coronavirus crisis trudges on. Most of those orders were for the still-grounded 737 MAX.

But Merluzeau said it’s important to watch the steady upward growth rate that aviation has enjoyed for many decades, with notable interruptions such as 9-11 and The Great Recession.

“Stay focused on the long-term trend for Boeing, which is despite all the negativity we’re going to experience… remains on a strong growth trend,” says Merluzeau.

Recent decades have seen Boeing boom, 737s being produced at the rate of 52 airplanes per month. The new 777-X, though delayed, finally flew in early 2020. 787 Dreamliners were rolling out of two factories, in Everett and North Charleston, South Carolina.

But for the bigger jets, storm clouds were already beginning to gather pre-virus. Despite recent orders, Boeing was already planning to slow its 787 production lines. Now, when airlines do start flying again with the coronavirus under some sort of control, long routes that required the biggest jets, from Extended Range 777-300s, to 747-8 passenger planes to the Airbus 380, may not be able to fill them profitably, shifting demand to smaller planes.

“We know the widebodies will be hurting over the next five years,” Merluzeau calculates. But he does see continuing demand for the 737 MAX and the Airbus 320 family of jets….making it all the more critical that Boeing complete its work to satisfy the FAA and other regulators to keep cash flowing into the company.

For the MAX, the good news is that more than 4,000 of the planes remain on the books. At least for now.