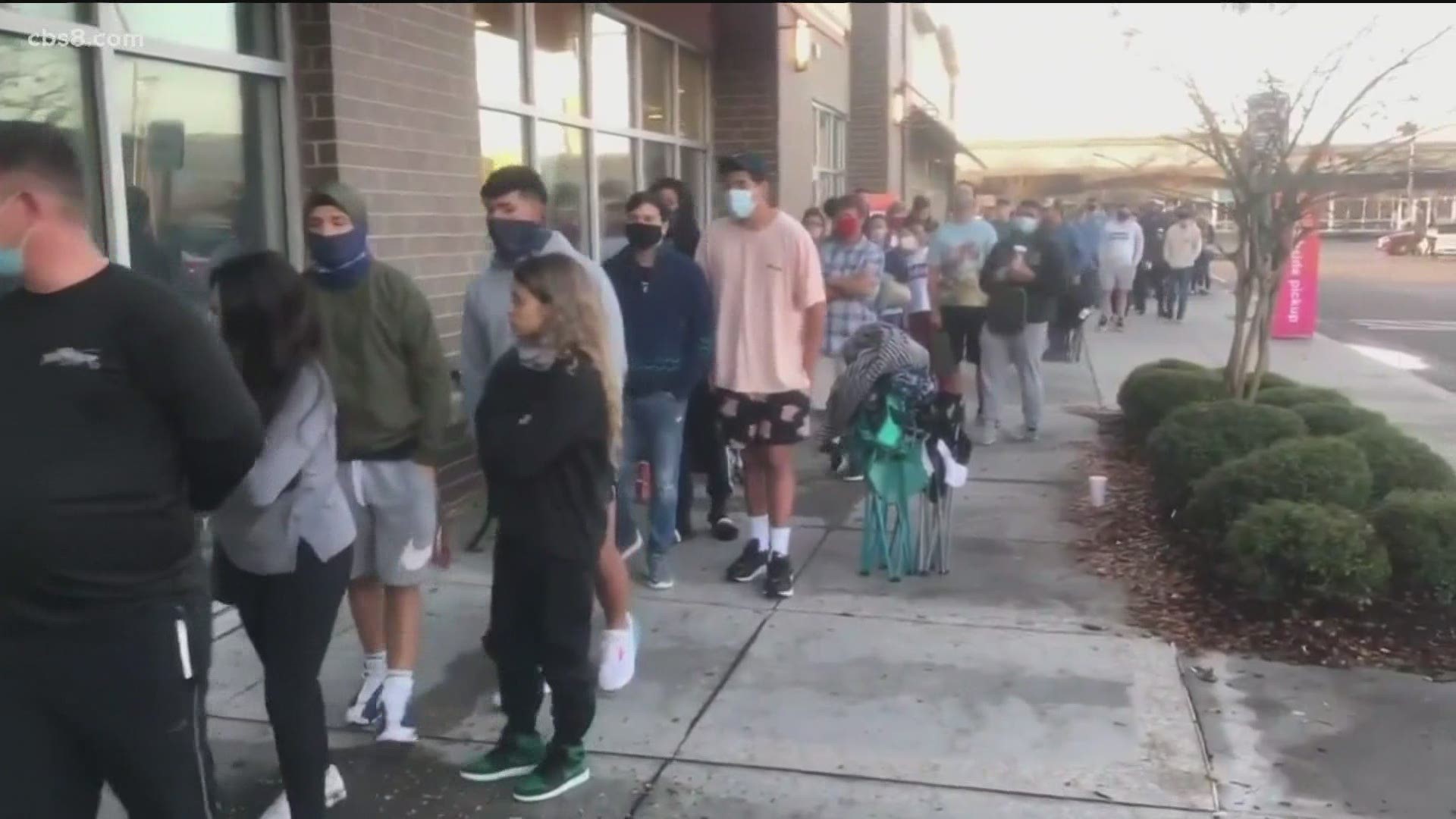 Black Friday online sales hit a new record this year as pandemic-wary Americans filled virtual carts instead of real ones.

Consumers spent an estimated $9 billion on U.S. retail websites on Black Friday, according to Adobe Analytics, which tracks online shopping. That was a 22% increase over the previous record of $7.4 billion set in 2019.

Meanwhile, traffic to physical stores plummeted as retailers tried to prevent crowds by cutting their hours and limiting doorbuster deals. U.S. store visits dropped by 52% on Black Friday, according to Sensormatic Solutions, a retail tracker. Traffic was slower in the Northeast and West than in the Midwest and South, said Brian Field, Sensormatic's senior director of global retail consulting.

Jewelry and footwear saw some of the biggest in-person sales declines, according to RetailNext, a shopping tracker. Apparel sales were down 50%, while sales of home goods fell by 39%.

RELATED: The push for participation in Small Business Saturday has begun

Even with that drop, Black Friday will still likely end up as one of the biggest in-person shopping days in the U.S. this year, Field said. He thinks many people will still shop for the holidays in person, but will choose mid-week days when crowds are smaller. Heavier in-store discounts and concerns about lengthy shipping times could also draw shoppers closer to Christmas.

“Black Friday had a lot to lose, but some of it is going to be distributed throughout the holiday season,” Field said.

One trend that could remain after the pandemic ends is that stores could remain closed on Thanksgiving Day, Field said. Since 2013, a growing number of stores had opened on Thanksgiving to match their competitors and get a jump start on Black Friday. But it's typically not a big day for retailers, and this year many stayed closed. Thanksgiving store traffic was down 95%, he said.

Field said stores may be rethinking the cost of paying employees and opening on Thanksgiving when they could easily make up for those sales online.

“I wonder, now that we're seeing a season where they were able to cut the cord on it, if it will give them pause,” he said.

Adobe expects Monday to be the largest online sales day in U.S. history, with estimated spending of $10.8 billion to $12.7 billion.

One reason for the big numbers is that people are shopping online for things such as groceries and alcohol that they bought in person before the pandemic, Adobe said. As for more traditional gifts, Hot Wheels cars, Lego sets, Apple AirPods, Samsung televisions and video games are among the biggest sellers.

Big retailers such as Walmart and Target benefited from the surge, but small retailers did as well, Adobe said. Sales at big stores surged by 403% on Thanksgiving and Black Friday compared to the daily average in October, but sales at smaller retailers also grew by 349%.