Bainbridge Island Police Officer Kurt Enget was well known in the community. His official cause of death is still undetermined. 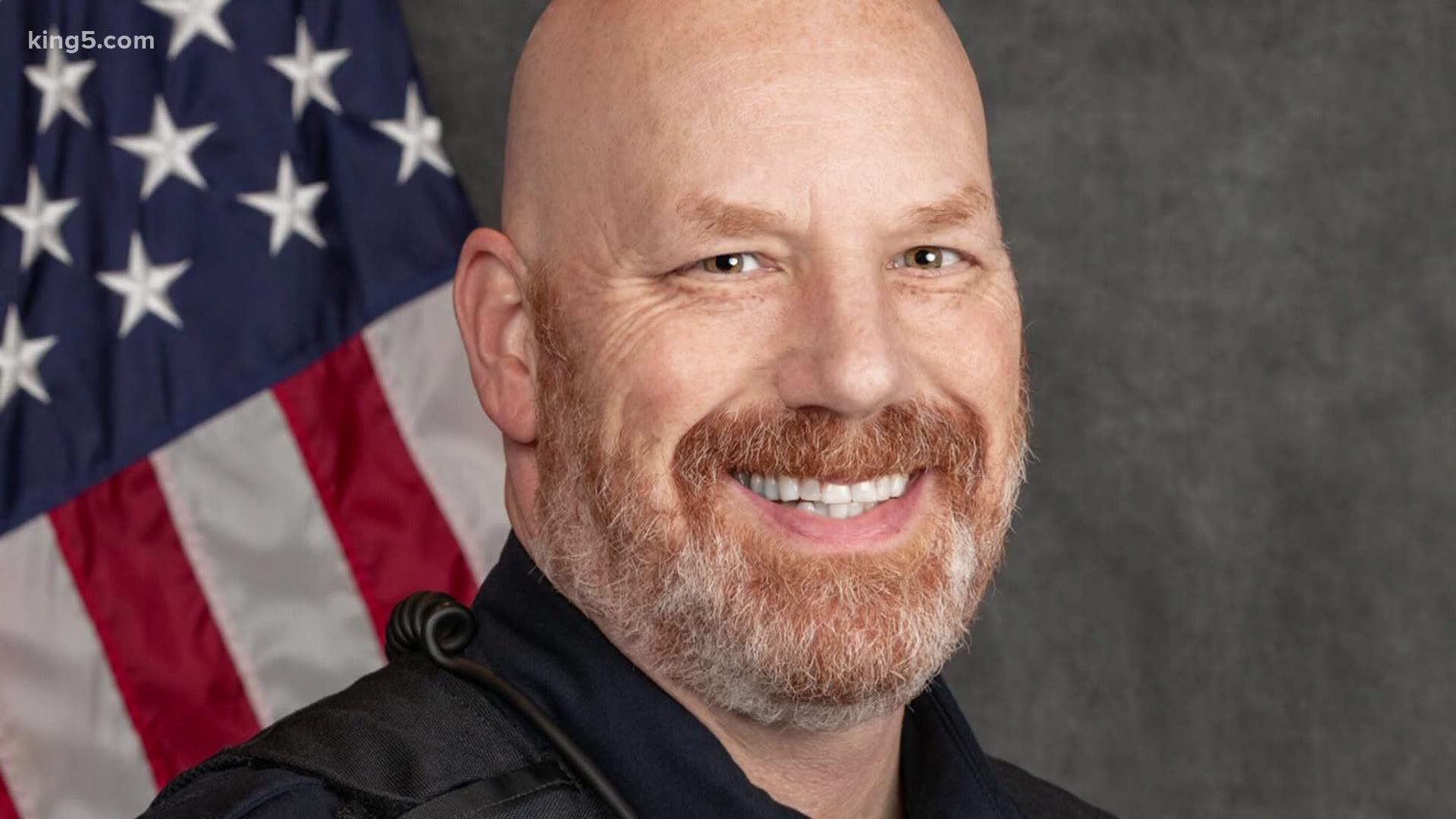 The city of Bainbridge said it did not have information about his official cause of death, which will be determined by the Kitsap County Coroner's Office.

"It is a very hard day to not hug," said Morgan Smith, Bainbridge Island City manager. "But I think the circumstances of Officer Enget’s passing are also an important reminder of exactly why we won’t be doing that right now."

Enget was hospitalized at Harrison Medical Center Sunday with COVID-19 symptoms, according to the city.

His condition deteriorated rapidly and he died the morning of Friday April 10. He leaves behind his wife of 20 years, Yevette, three children, and two grandchildren.

Enget’s last day on duty was Friday, March 27. The city said it has no information about possible exposure at this time because it hasn't been positively determined that the officer had COVID-19.

Scott Weiss, Bainbridge Island interim Police Chief said Enget had received two commendations, including one for a kayak rescue. He was well-known for his K9 partner Whitney who he brought to schools and other events.

"He was a happy-go-lucky type of guy. He would give you the shirt off his back," Weiss said.

"Everybody’s hurting. All the officers are having to deal with the loss of a friend and family member," Weiss said.

Early Friday morning, a procession of at least 60 law enforcement agencies lined up outside Harrison Medical Center where Officer Enget died and accompanied his body to the coroner's office.

A memorial for Officer Enget will be postponed until after the governor lifts the stay at home order.