As Washington reopens, Gov. Inslee urges anyone with mild COVID-19 symptoms to get tested

Gov. Jay Inslee hopes to increase testing to 20,000 tests a day, in order to keep track of the spread of coronavirus. 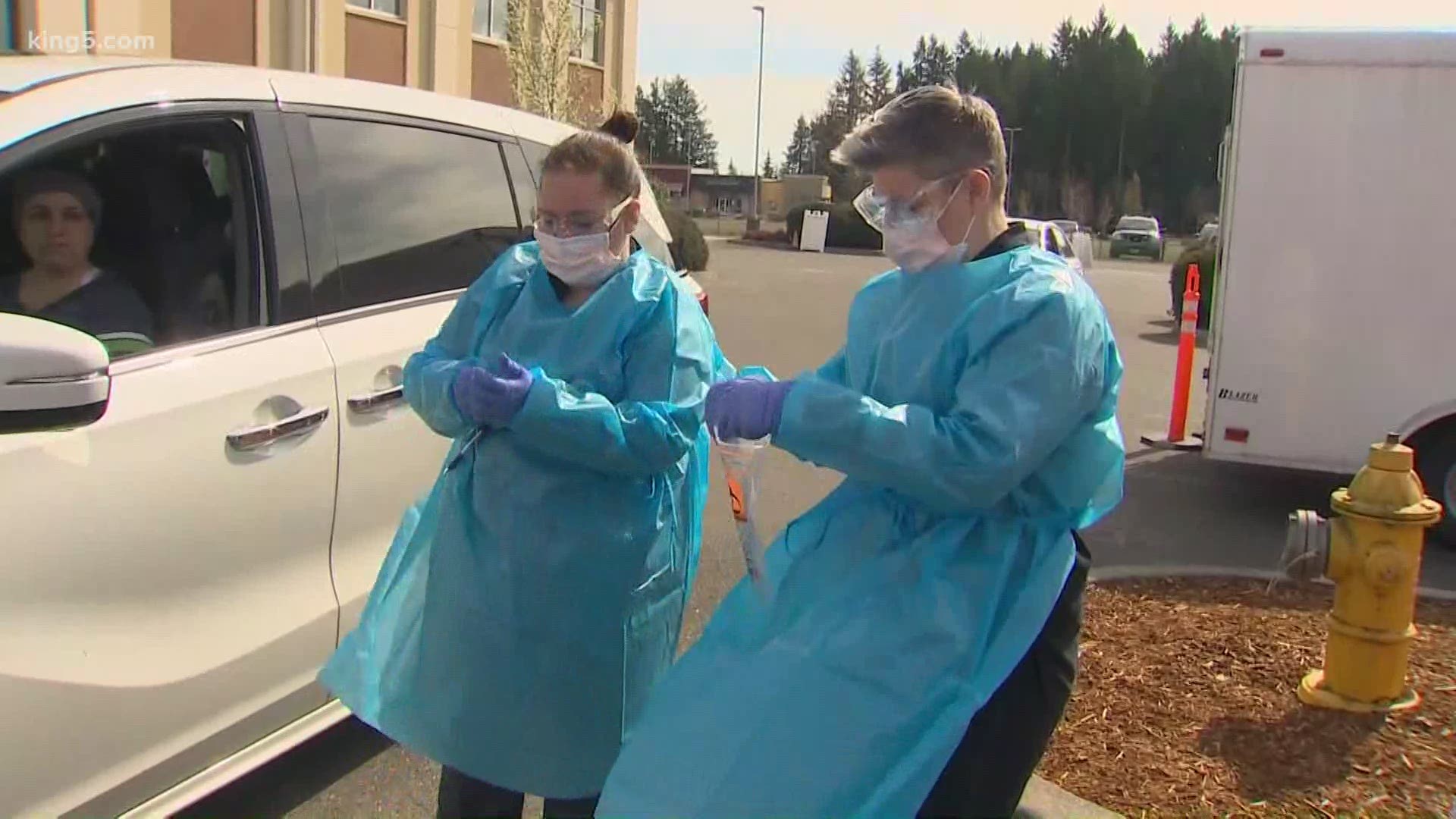 OLYMPIA, Wash. — Gov. Jay Inslee says the state is broadening its testing strategy and now is encouraging people with mild symptoms to get tested for the coronavirus.

Previously, testing was only encouraged for people with serious symptoms, but Inslee said Thursday that supplies have increased to the point where testing can be expanded.

Inslee said at the start of the pandemic, testing supplies were limited, but as of May, the state has received two-thirds of the testing supplies that had been promised by the federal government.

“If you think you’re sick, please get tested,” Inslee said.

According to state data, the number of people getting tested is dropping, according to the state. In the week of May 14-20, there were about 5,669 tests a day. The following week, that dropped to 4,461 tests.

But the governor says that testing should go up to 20,000 tests a day throughout Washington in order to safely reopen and keep track of the spread of coronavirus.

“One, we’re getting more people going back to work in congregate settings," he said. "Two, we’re giving people advice now that we do have capability to test people even with mild symptoms and that should get the numbers up.”

The city of Seattle at a separate press conference also announced a partnership with UW Medicine to expand free drive-up testing in two new locations in North and South Seattle. It was already offering several locations throughout the city.

"This partnership will give us the ability to do testing at the scale we need to do as we reopen society and reopen businesses so we can keep control of this virus," said Seattle Mayor Jenny Durkan.

Inslee said that increased testing was important as counties begin the process of restarting their economies under the state’s four-stage reopening plan.

Counties throughout the state have started to reopen, with several counties ready to move to Phase 3 of the plan.

In the "Safe Start Washington" plan, counties send in an application to the state to show that they have enough resources, including PPE, testing and hospital capacity, to respond to a rise in coronavirus cases.

Despite the county-by-county approach, Inslee said it is still important to not reopen too quickly.

"If we do this wrong, we might have lost all the agony we went through the last couple or three months. We do not want to do this again, it was way too painful for restaurants and business owners and families. We want to do this right," he said. "If we do this right, there’s a reason to believe we will come back real strong, relatively quickly. That’s why we can’t tell people at this exact moment that all these applications get the rubber stamp."

COVID-19 symptoms include a fever, cough, and shortness of breath or difficulty breathing. Symptoms also include a loss of smell and taste.