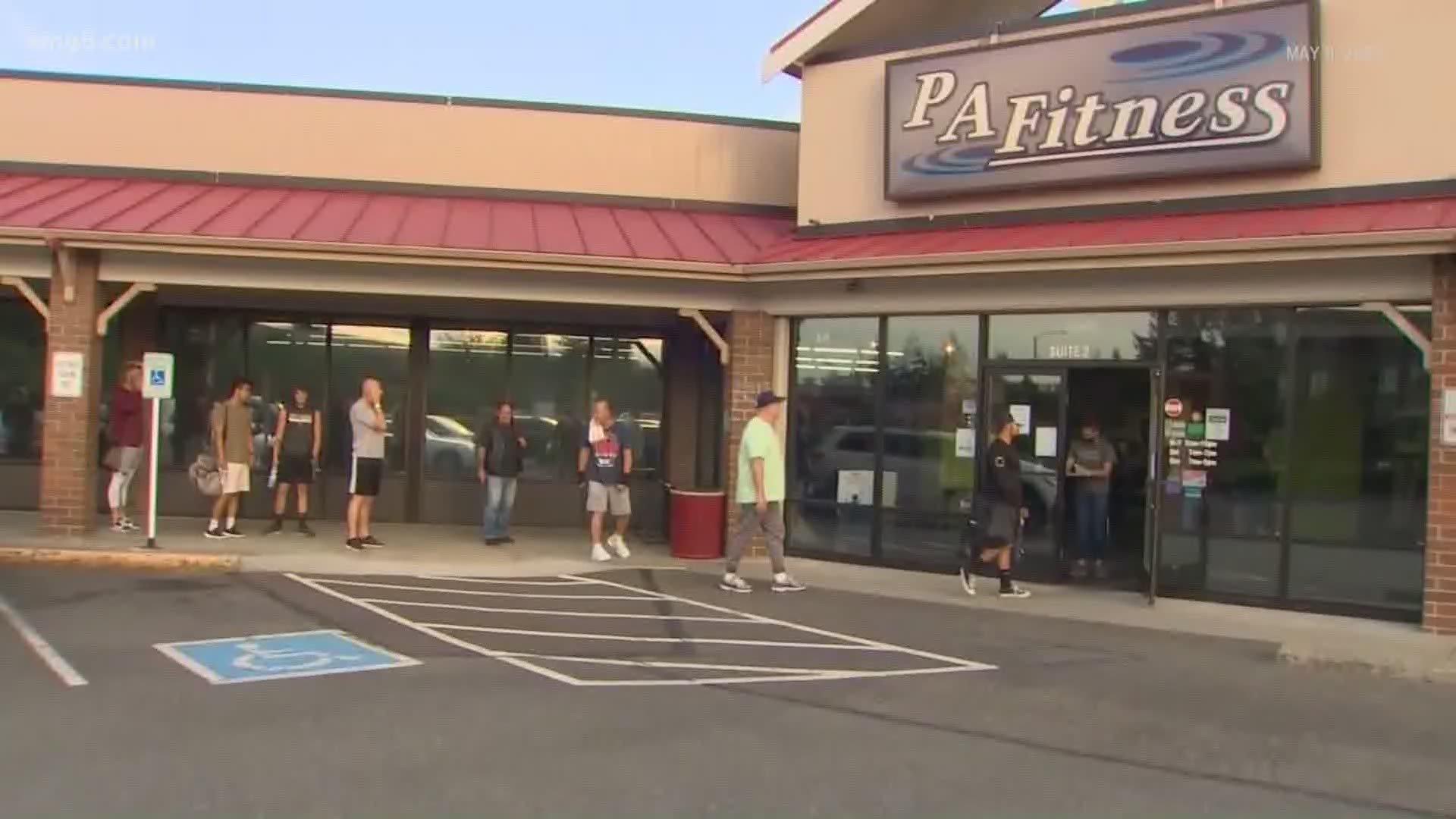 “If you poke the bear, sooner or later you’re going to get bit,” Jellison told a crowd of about 100 people during a rally at the steps of the Washington State Supreme Court.

Jellison owns P.A. Fitness in Arlington. He closed the gym doors in March when Gov. Jay Inslee enacted his “Stay Home, Stay Healthy Order,” in an attempt to curb the outbreak of coronavirus.

But last week Jellison, after implementing new cleaning and social distancing policies, opened his gym back up.

He closed on Tuesday after getting a cease-and-desist letter from the state.

Jellison said he was told he could be fined $2,000 for every member who came into his gym.

By the time he got the letter, Jellison had already been working on filing a lawsuit with two other gym owners.

The owners claim Inslee does not have the authority to shut down businesses.

“This court must step in,” said the gym owners’ attorney, Stephen Pidgeon.

Jellison said business owners cannot afford to wait for the state to allow them to reopen later this year, perhaps with capacity limits.