A relief concert that will help causes and funds impacted by COVID-19 will air exclusively on KING 5 and KONG on June 24 at 7 p.m. 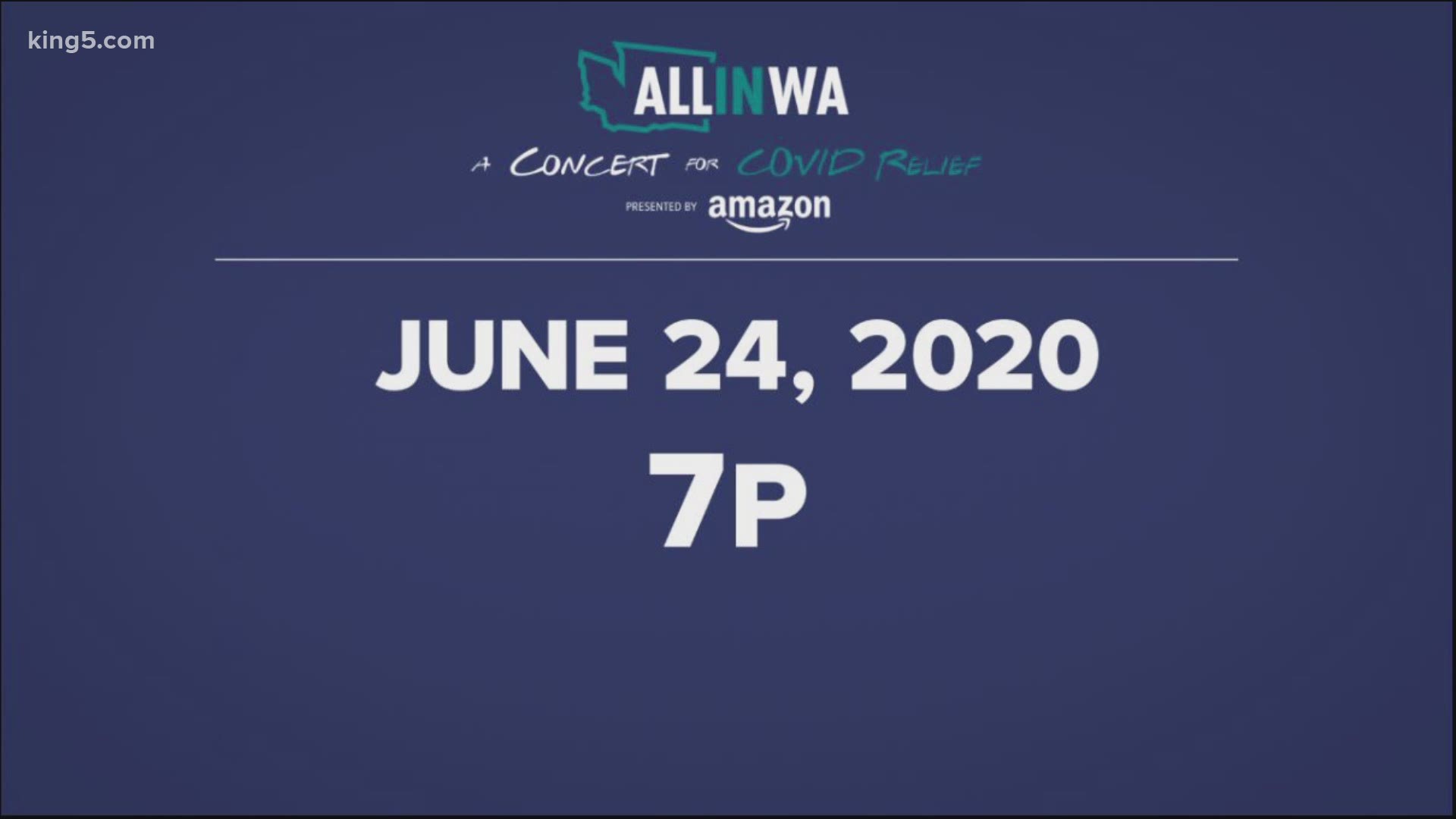 A coalition of community foundations and philanthropic leaders will put on a coronavirus relief concert with proceeds going to dozens of causes statewide.

The virtual concert will be broadcast on KING 5 and KONG on June 24 at 7 p.m.

As of Tuesday, more than $45 million has been pledged towards the coalition's goal of $65 million.

The concert aims to “bring attention to our state’s needs and reliance” during the coronavirus pandemic, according to All In WA, the nonprofit spearheading the event.

The concert was originally planned for June 10 but was rescheduled after the death of George Floyd sparked national attention.

"We recognize the pain and injustice the Black and African American community is facing, once again, and the need to honor the ongoing marches, protests, and organizing," All In WA said in a statement. "We also want to give space for our community to focus on what matters most at the moment; acknowledging and addressing systemic racism and violence that dehumanizes Black people and families, and taking steps to build to a new reality."

All In WA was formed with the backing of Gov. Jay Inslee and First Lady Trudi Inslee to encourage others to give back and address the social and economic fallout of the pandemic.

The money will be distributed to dozens of funds and causes statewide through an advisory board. Donations can be made at allinwa.org/donate.

Amazon is the presenting sponsor of the concert, paying for the production.

Amazon founder and CEO Jeff Bezos will match individual donations under $1 million to All In WA causes, up to a total of $25 million.