The fundraising effort by 'All in Seattle' collected $27 million in just 72 hours. 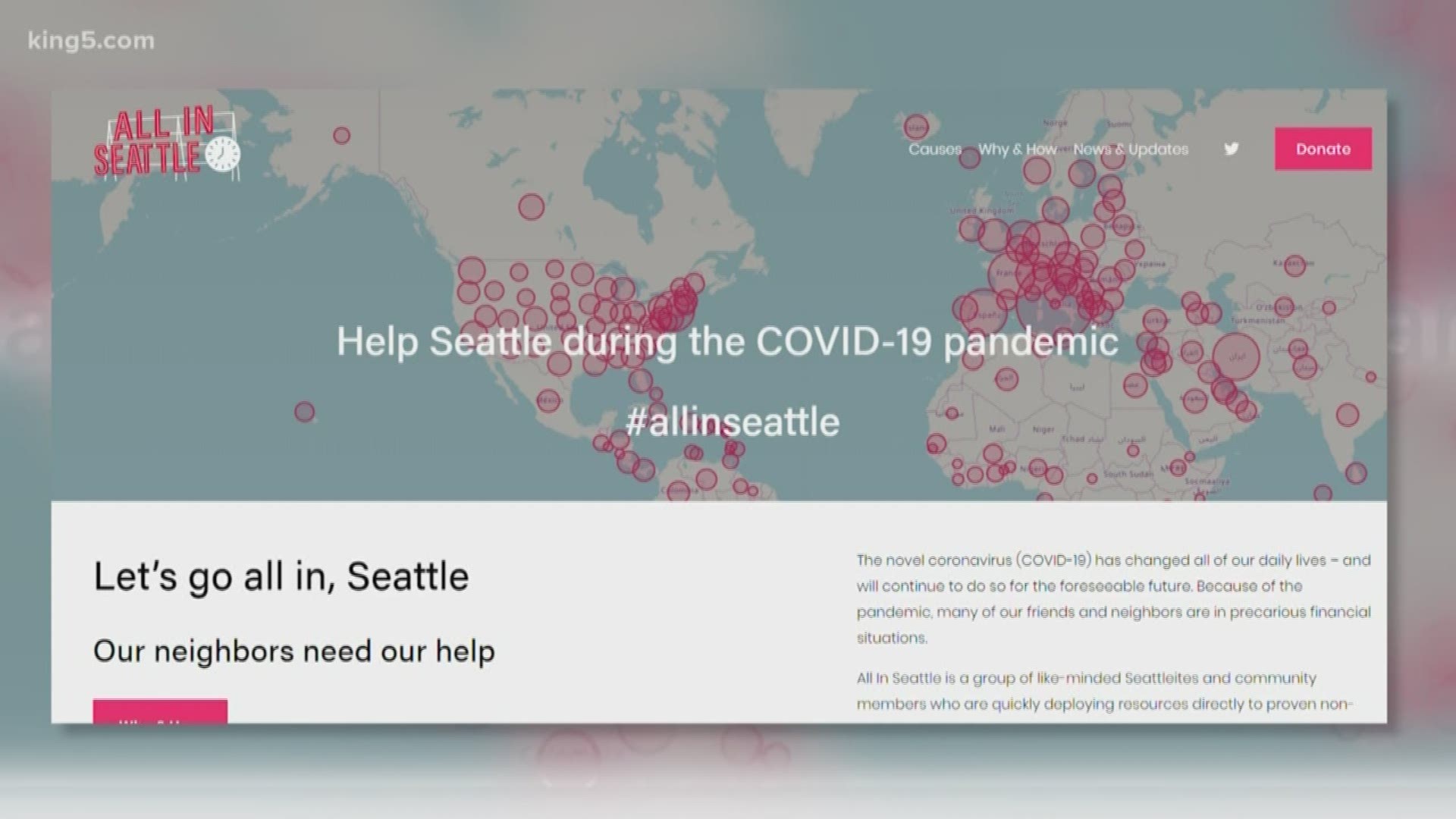 A group called 'All in Seattle' raised $27 million to provide immediate assistance to people and businesses impacted by the coronavirus outbreak. The money was raised in just 72 hours, according to the group, which formed late last week.

The funds will go towards people in need of food, shelter, or rent relief and help small businesses facing closure or severe setbacks.

The grassroots effort is not collecting the money directly, but instead connecting donations with existing organizations to quickly disperse the funds.

Members of All in Seattle include Soozi and T.J. McGill, Carol and Matt McIlwain, Noreen and Kabir Shahani, Jill and Rajeev Singh, Heather and Steve Singh, and Heather and Ric Redman. They formed partnerships with local government, business, and community organizations to identify dire needs in the community.

"To raise $27 million in just 72 hours is staggering,” said Rajeev Singh, CEO of healthcare company Accolade. “But #allinseattle is not a moment in time. It’s a plea for others to give whatever they can – be it a $5 donation or $500 donation – to show love and support for the people and communities in which we live. There’s no better time than now.”

To get involved, visit www.allinseattle.org