Alaska Airlines, along with the other five major U.S. carriers, will take part in the federal $25 billion airline rescue package. The money will cover employee pay. 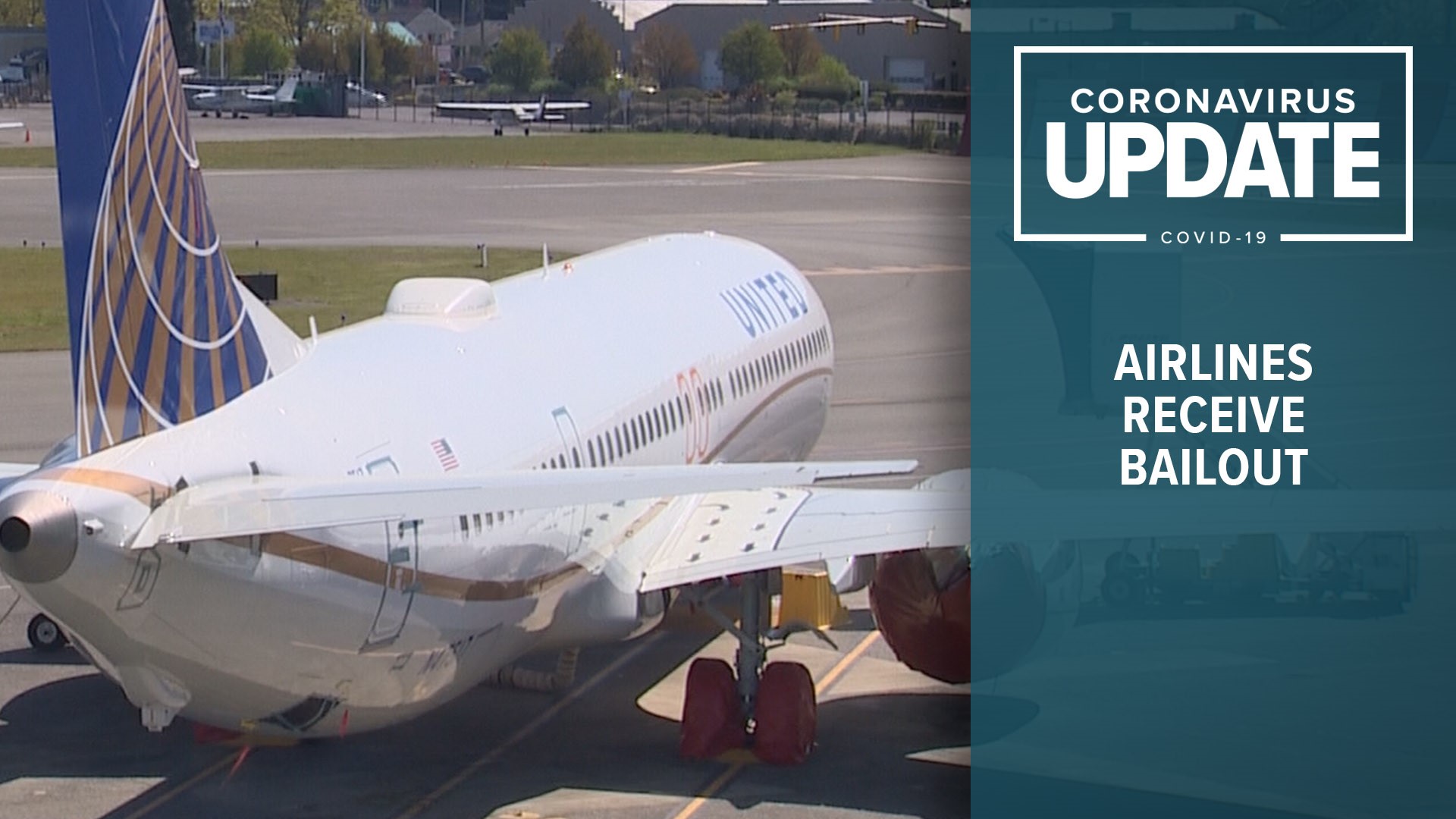 Alaska Air Group, which includes Alaska Airlines and Horizon Air, said that the money will go toward employee pay and benefits through September.

The $992 million is expected to cover about 70% of Alaska's budgeted costs through Sept. 30, and was based on similar costs reported by the airlines for the period of April through September 2019, according to a statement from Alaska Air.

Alaska Air Group Chairman and CEO Brad Tilden said in a statement the company was operating at "near-zero" revenue, but that flights continue at a reduced schedule for people who still need to travel and for cargo and deliveries.

Alaska will take part in the deal along with five other major U.S. carriers, Delta, American, United, Southwest and JetBlue, and four smaller carriers.

The airlines and the U.S. Department of Treasury agreed to a deal that gives the airlines 70% of the aid in cash and 30% in loans that must be repaid. The deal also allows the Treasury department the right to purchase shares of the companies.

For Alaska, this means that of the $992 million in funding, $267 million will be a loan, and Treasury will receive the right to buy 847,000 non-voting shares of the company at a price of $31.61 a share, according to the statement.

Additional conditions of the funding include no involuntary furloughs, limits to executive compensation and reasonable continuation of service, the company said.

Earlier this month, Alaska Airlines announced that it would cut its flight schedule in April and May by 80% from normal levels, citing reduced demand for travel due to the global coronavirus pandemic.

The company informed investors of the cut in a report to the U.S. Securities and Exchange Commission. The 80% cut in flights was deeper than the cuts the company had previously announced, and it was uncertain how much the flight scheduled could be restored in the future.

The area air travel industry has taken a massive hit by the coronavirus crisis, and other local organizations also received aid from separate parts of the $2 trillion CARES act package, which federal lawmakers passed in response to the national coronavirus crisis.

Sea-Tac Airport, Paine Field and Boeing Field will get $310 million in aid.

"To give you an idea, this time of the year we typically have 54,000 people coming through our checkpoints, yesterday we had approximately 2,500 people,” Lyttle said.

Also, the Boeing Company, which manufactures and designs many aircraft throughout the Seattle area, also reported losing hundreds of orders in the first quarter of 2020.